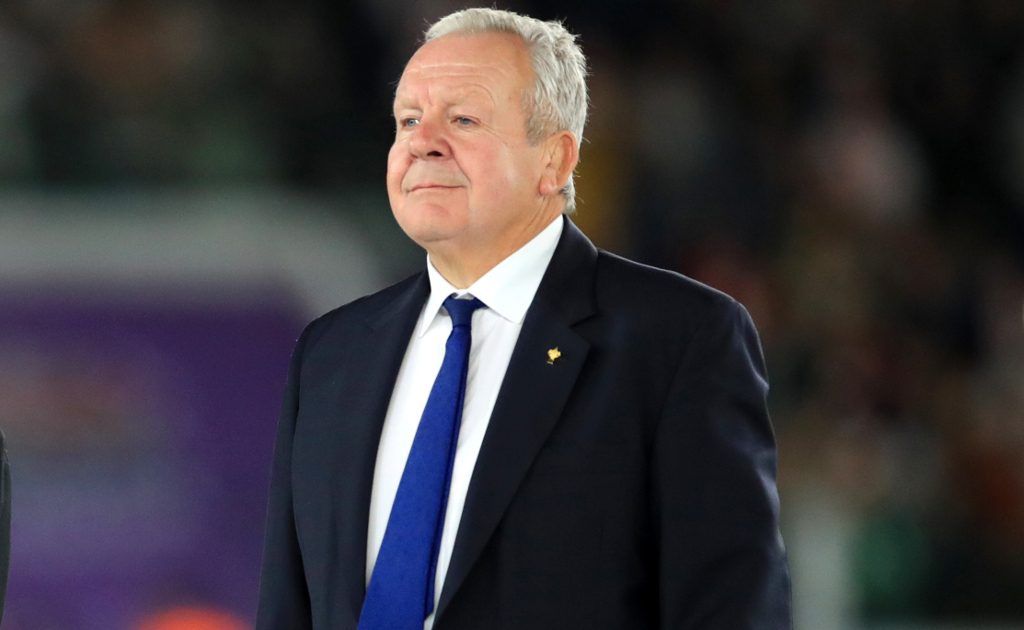 World Rugby chairman Sir Bill Beaumont is confident the 2023 Rugby World Cup in France is capable of providing the the most meaningful legacy for rugby’s future.

September 8 marked two years until the start of the tournament, which kicks off with Les Bleus facing New Zealand in Saint-Denis.

The global showpiece comes during rugby’s bicentennial celebrations and has been extended by one week to help accommodate additional rest days for player welfare.

More than one million tickets have already been purchased through the nine venues across the country, with further sales windows ahead later in the month.

Beaumont is confident the tournament – returning to France as single hosts for the first time since 2007 – can make a lasting influence both on and off the field.

“Rugby World Cup 2023 will be the most impactful and sustainable rugby event ever, delivering a meaningful legacy that reaches beyond economic and rugby growth, and an embodiment of our core values,” he said.

“The players are at the centre of our planning and in addition to increased rest days and squad sizes, the world’s top players will have everything they need to perform to their best on rugby’s biggest stage with world-class match venues and training facilities.

“If the players are the heart of the tournament, then the fans will provide the heartbeat, energy and emotion.

“We want them to have the most incredible experience in stadia, across the host cities and at home watching the drama unfold.”

England – beaten in the 2019 final by South Africa – are in Pool D and will open their campaign against Argentina at the Stade Velodrome in Marseille.

Beaumont joined other special guests in Paris on Wednesday for a special broadcast across France 2023’s social media channels to look ahead to the event.

“When you see the activation already around the event, we know everyone in the (organising committee) team and the country are getting ready for this tournament,” Beaumont said.

“You have already got the stadium in place, everything is in place. You have got another two years of planning, with qualifying games to come, so there is all the excitement around that.

“We are extremely confident that France 2023 is going to be a fantastic event.”

Beaumont added: “Fans will be desperate to get out here.

“Lots of people will want to spend the whole tournament in France travelling around the magnificent cities and venues engaging with the locals.”

France 2023 chief executive Claude Atcher also has an eye on the future.

“Our mission is to leave behind the best legacy we can. The adventure will continue beyond the final whistle,” he said.

“In putting the organisation of this event at the heart of the territories we have taken on an essential challenge: to make sport central to the building of social connections.”

Meanwhile, Exeter Chiefs director of rugby Rob Baxter has voiced his concerns about plans to launch a new World 12s competition which being positioned as rugby’s equivalent to cricket’s Indian Premier League and The Hundred.

It has been reported that organisers are keen for 192 men’s players from tier-one and tier-two nations to be selected via auction to play for eight franchises consisting of squads of 24 who will be overseen by established coaches.

The format will consist of round-robin games before a knockout phase determines the winners.