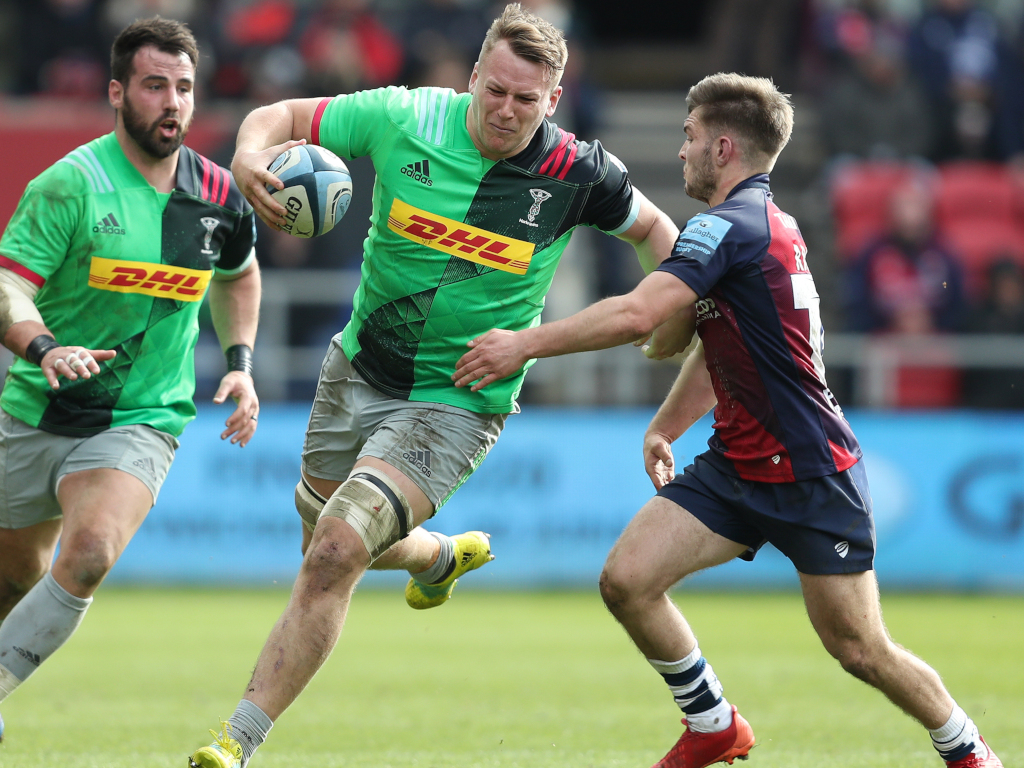 Another busy day in the rugby union game as we look at Harlequins, who are the latest club in our rundown ahead of the Premiership restart.

The revised Six Nations fixtures have been confirmed with Ireland facing Italy on October 24, while the remaining three games take place a week later on ‘Super Saturday.’

Elsewhere, we continue to look ahead to the Premiership restart and this time we delve into Harlequins, who endured a frustrating campaign before the season was suspended due to coronavirus.

Finally, ‘My rugby hero’ celebrates Ireland great Johnny Sexton. The fly-half is still a top player at the age of 35 but was arguably at his best back in 2018 when he became World Rugby Player of the Year.

The Scarlets have announced that 17 players have agreed new contracts with the Welsh region. Among those to sign are internationals Leigh Halfpenny, Gareth Davies, Rhys Patchell and Samson Lee.

Continuing in Wales and Cardiff Blues number eight Nick Williams has decided to hang up his boots. The back-rower has enjoyed a fine career having starred for the Blues in Super Rugby, as well as Aironi, Ulster, Munster and the Welsh region.

Meanwhile, Jordie Barrett has committed to the Hurricanes for the 2021 season. The All Black could have joined another franchise in New Zealand but decided to remain at the Wellington-based outfit.

After Jordie Barrett re-signed with the Hurricanes, they will hope for more of this…