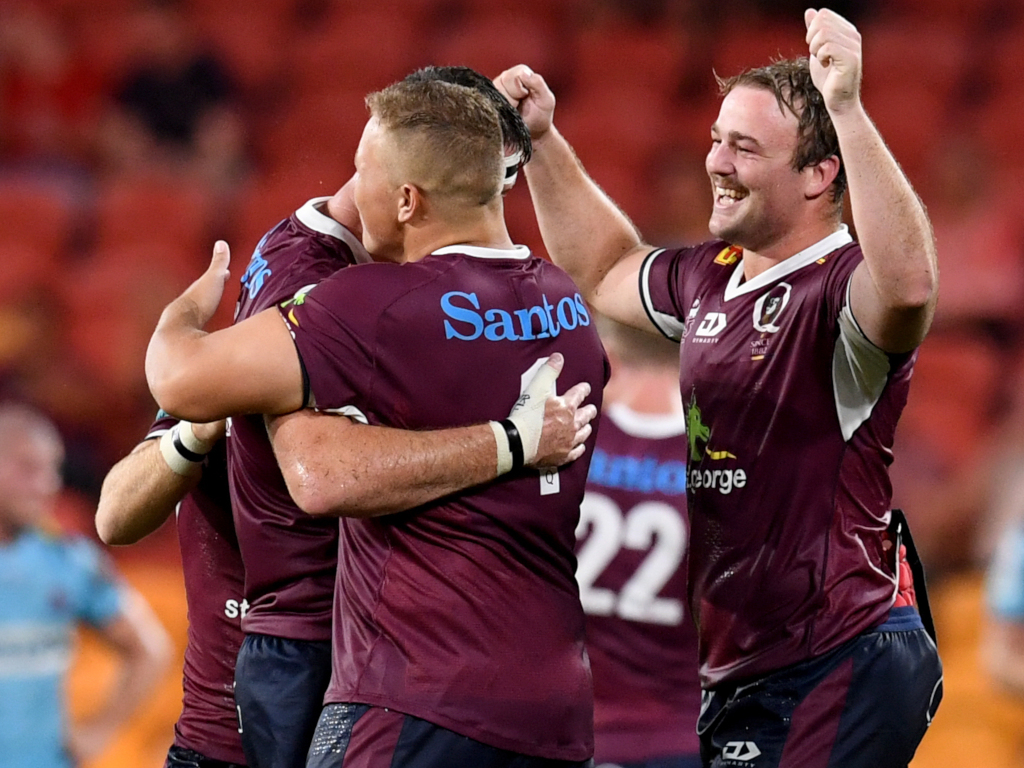 Another busy day in the rugby union game as we look ahead to the weekend’s action and also round up the start of Super Rugby AU.

There are a number of big games in the Premiership on Saturday and Sunday, including the top-four clash between Harlequins and Sale Sharks where South African World Cup winner Lood de Jager returns from injury.

In the PRO14, Connacht have been boosted by the availability of Ireland centre Bundee Aki, who starts for the Galway-based outfit against Cardiff Blues this weekend. He is one of three current internationals allowed to play in the game.

Elsewhere, it was the start of the new Super Rugby AU season on Friday as the Reds thrashed the Waratahs, while defending champions the Brumbies opened up with a comfortable victory over Western Force.

Finally, the excellent documentary on South Africa’s 2019 World Cup win, Chasing the Sun, is now available to watch in countries around the world and this clip of Rassie Erasmus is our ‘Video of the Week.’

Sale Sharks prop WillGriff John has been called up to the Wales squad as a replacement for Cardiff Blues’ Dillon Lewis, who has been released after suffering a neck injury.

Meanwhile, Ireland head coach Andy Farrell is not concerned by the pressure he is under, despite a disappointing start to the 2021 Six Nations. Farrell has received plenty of criticism since taking the role and successive defeats have only seen those voices grow louder.

It was not a particularly good Waratahs debut for Izaia Perese, who was sent off against his former side.