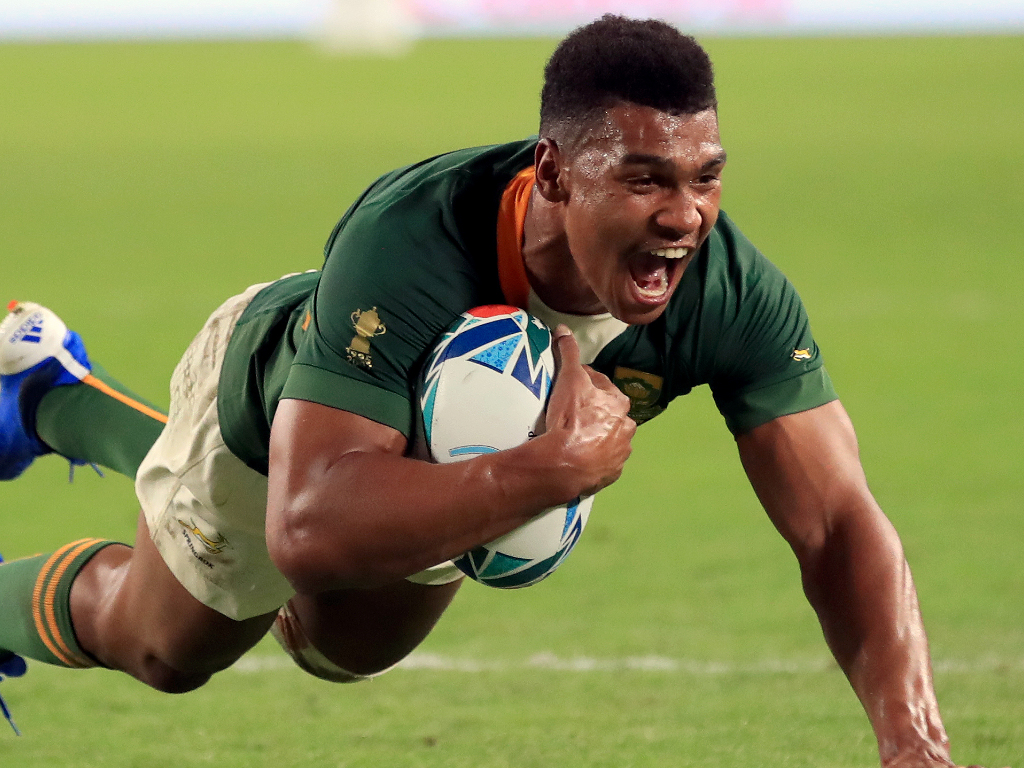 Another busy day in the rugby union game as South Africa secure their place in the Rugby World Cup knockouts after comfortably beating Canada in a 10-try 66-7 victory at Kobe Misaki Stadium.

The Springboks shot out the blocks as they eased past Canada in Kobe, with Cobus Reinach scoring three tries on Tuesday. We have highlights of the game plus a funny moment involving hooker Schalk Brits.

England are unlikely to risk recovering number eight Billy Vunipola in their Pool C clash with France this week in Yokohama. There’s also episode 14 of Rising Sons that focusses on props and passing practice.

Australia have named Matt Toomua at fly-half for their pool meeting with Georgia at Shizuoka Stadium Ecopa on Friday.

Rugby’s happiest player, Brits, was at it again, here thanking a ball girl with a bow.