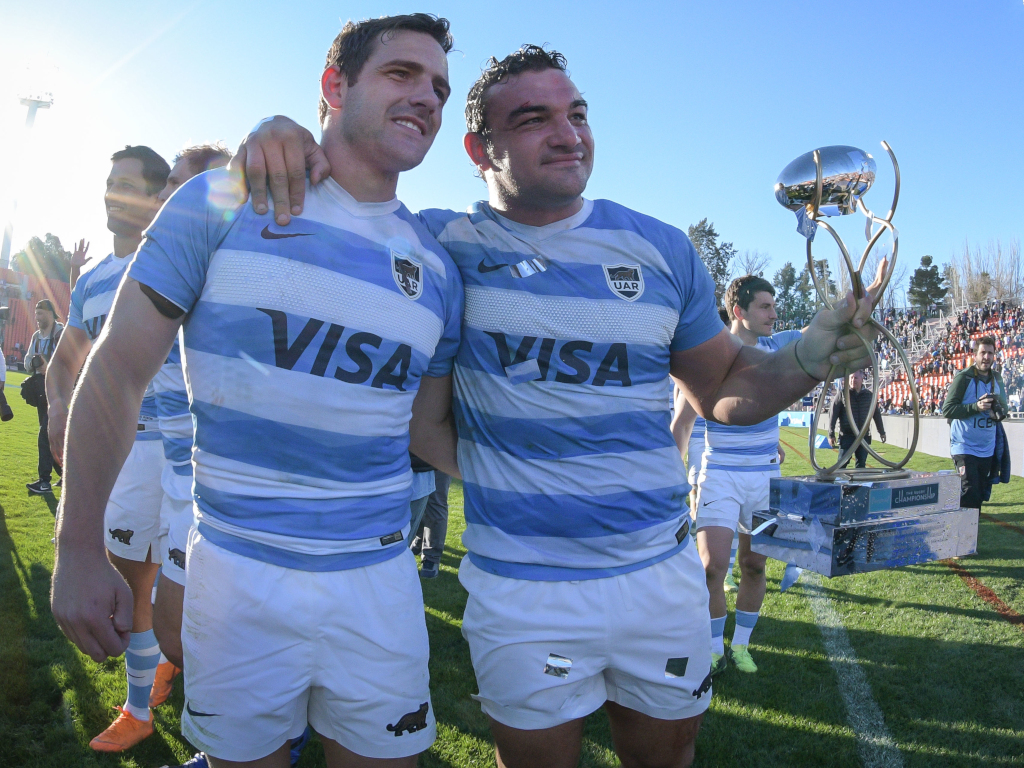 Another busy day in the rugby union game as our analyst Sam Larner dissects Argentina’s game-plan and Scott Barrett has received a three-week suspension.

After a disastrous Rugby Championship campaign, Larner takes a closer look at the weaknesses and strengths of the Pumas’ style of play.

Meanwhile, All Blacks second-row Barrett was suspended for three weeks after being red carded for a shoulder charge on Wallabies captain Michael Hooper in their Bledisloe Cup Test in Perth on Saturday.

In Australia, the Israel Folau saga has taken another twist after it was revealed that the former Wallaby and Rugby Australia’s case could go to trial early next year if they fail to settle their dispute.

Exeter Chiefs and England wing Jack Nowell said he is hoping to make his return from injury when England face Italy in Newcastle in their Rugby World Cup warm-up match in Newcastle next month.

Recently crowned Rugby Championship winners South Africa have bolstered their front-row stocks ahead of this weekend’s Test against Argentina at Loftus Versfeld in Pretoria.

There will be a full house at Eden Park in Auckland when New Zealand try to turn the tables on Australia in their second Bledisloe Cup Test.

Eden Park is a SELL OUT for the #BledisloeCup decider!

🚨 Your last chance to see the All Blacks on NZ soil before #RWC2019 is against Tonga in Hamilton on Sept 7. Get your tickets here 👉🏽 https://t.co/YYXQ52In92 pic.twitter.com/fEOwAwgN6E

The World Cup warm-ups continue this weekend as Wales face England on Sky Sports. There are also the reverse fixtures from the final round of the Rugby Championship as New Zealand host Australia and South Africa take on Argentina.

Finally, that channel has matches from the Currie Cup and Mitre 10 Cup, which starts on Thursday with Northland’s game against Auckland.