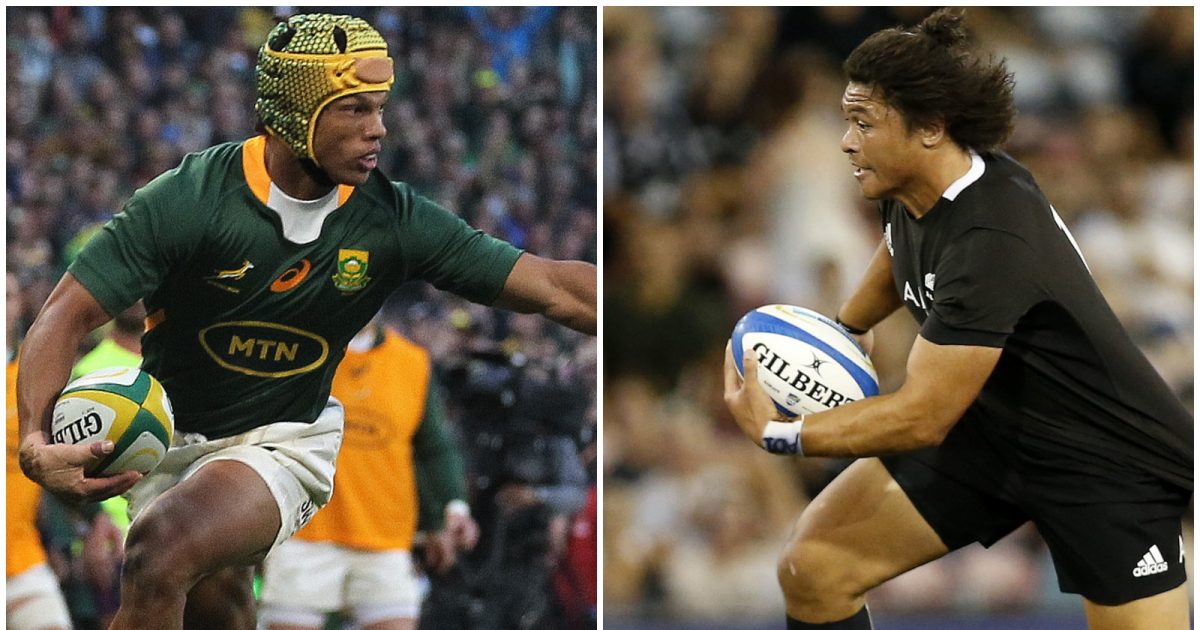 This year’s Rugby Championship starts in Mbombela on Saturday when South Africa host New Zealand in what promises to be an entertaining encounter.

Although it’s the tournament opener it’s fair to say that there is plenty at stake in this fixture. As far as international rivalries go, there are none bigger than the one between the Springboks and All Blacks.

These countries are the leading sides in the history of Test rugby, with the All Blacks the team with the best winning percentage (76.91%) while the Springboks are next best with 62.69%.

They are also the only countries who have won the Rugby World Cup on three occasions, with South Africa the current champions after their success at the 2019 global showpiece in Japan.

Those statistics set the stage for a intruguing battle but for the first time in years the All Blacks come into this fixture with their backs to the wall after some poor results in recent times. They head into the southern hemisphere showpiece in fourth place in the world rankings – their worst ever position – after suffering four losses in their last five Tests which includes a 2-1 series defeat on home soil against Ireland.

Those poor results have put plenty of pressure on head coach Ian Foster and captain Sam Cane and there’s a huge debate raging in New Zealand on whether the duo are the right men to lead the All Blacks into the Rugby Championship – a tournament which they won quite comfortably in 2021.

They face a Springbok side who were severely tested by Wales in their three-Test series in South Africa, but after clinching a 2-1 victory in the final Test in Cape Town, Jacques Nienaber‘s charges will fancy their chances against their old foes, who they also meet in Johannesburg in their second Rugby Championship Test on August 13.

Although this is unfamiliar territory for the visitors, the Springboks will underestimate them at their peril and we expect a fascinating clash between these heavyweights of the international arena.

Most of last year’s Rugby Championship matches were played in Australia due to Covid-19 travel restrictions, which meant these sides went into battle on the Gold Coast. New Zealand had already won the tournament after beating South Africa 19-17 in the corresponding fixture in Townsville the previous week, but they were still highly motivated as another win over the Springboks would mean a clean sweep of victories for them in the competition. It wasn’t to be, however, as the Boks sealed a narrow 31-29 triumph after Elton Jantjies slotted an injury time penalty. Prior to that, the lead changed hands several times and South Africa’s other points came courtesy of tries from Damian de Allende and Makazole Mapimpi, four penalties from Handre Pollard, while Jantjies added another penalty and also succeeded with a drop goal. For New Zealand, Sevu Reece, Ardie Savea and Brad Weber crossed the whitewash and Jordie Barrett finished with a 14-point haul courtesy of four penalties and a conversion.

Although the All Blacks come into this encounter in poor form, experienced Springbok full-back Willie le Roux, who starts on the replacements bench, expects them to be up for the challenge this weekend.

“Matches between the Springboks and All Blacks are always big games, and it is one of the biggest rivalries in world rugby,” he said. “The fact they come off defeats against Ireland will inspire them even more going into the next few games. I have no doubt they will come here and give their best.

“They’ll definitely want to turn things around, so the important things for us will be to show who we are and to ensure that we do not disappoint our fans.”

Meanwhile, All Blacks captain Cane knows his team are in for a tough challenge but said they relish such encounters.

“These Test matches are some of the toughest I’ve ever been involved in. I love playing South Africa. Any time when a Test match is super tough, it is most enjoyable when you walk off the field knowing you have absolutely given everything,” he said.

“I know it will be like that on Saturday.”

For the home side it will be a momentous occasion for hooker Malcolm Marx, who is making his 50th Test appearance. The 28-year-old was one of South Africa’s standout players in the recent series against Wales, albeit as part of the much vaunted ‘Bomb Squad’. Despite playing off the replacements bench in all three of those Tests, Marx made a big impact and his outstanding form has been rewarded with a call-up to the starting XV. He will be giving his all to deliver another excellent performance in his milestone match.

Another player who caught the eye during the Welsh series was Damian Willemse, who came to the fore with a couple of superb showings when the Boks were put under plenty of pressure by their opponents. Despite starting the first and third Tests at full-back, he also came off the bench in the second game and was shifted to inside centre or fly-half in all three encounters. Playing musical chairs in the backline did not stop the 24-year-old from giving a good account of himself in each position that he played and he will be determined to continue his fine form this weekend.

During their recent series defeat to Ireland in New Zealand, several of the All Blacks’ senior players battled to make a meaningful impact on attack and lost most of the collisions in the forward battle. However, one player who did not take a backward step and who came out of that series with his reputation intact is back-row superstar Ardie Savea. The 28-year-old took the fight to the Irish with his brilliant attacking and defensive ability, while his breakdown work was also of a high standard. He’ll be at the forefront of the All Blacks’ onslaught again on Saturday.

Also keep an eye on the All Blacks’ chief playmaker Beauden Barrett, who, despite shining for the Blues in Super Rugby Pacific, battled to reproduce that form in the Test series against Ireland. At his best, Barrett is arguably the leading fly-half in the business and he will be hoping that his forwards give him a solid platform from which he can unleash his vast array of attacking skills. If that does happen, it could be a tough day at the office for the Boks.

Both sides have made some alterations to their starting line-ups and amongst those are some interesting changes in the backline. None more so than the introduction of two excitement machines in South Africa’s Kurt-Lee Arendse and Caleb Clarke of New Zealand, whose battle out wide should be an entertaining one. Both burst onto the scene on World Rugby’s international Sevens Series and caught the eye with their excellent attacking skills.

Clarke earned his Test debut in 2020 and made five Test appearances during which he impressed with several explosive performances with ball in hand. He hasn’t make any further Test appearances to date due to injuries and a decision to try out for New Zealand’s squad for last year’s Olympics in Tokyo.

🇳🇿 Looks like the All Blacks have unearthed their next superstar in Caleb Clarke. Incredible break for Ardie Savea's try! #BledisloeCup #NZLvAUSpic.twitter.com/2e0tbT62Ad

He didn’t make the cut though but was chosen as a back-up player before he returned to the 15-man code earlier this year where he was back to his excellent best for the Blues and earned a recall to the All Blacks squad. However, a hamstring injury kept him on the sidelines during the Ireland series and he will be keen to test Arendse’s defensive abilities with some of his trademark barnstorming runs.

Although Arendse is much smaller in stature than Clarke, he showed in his only Test appearance – in the second game against Wales in Bloemfontein – that he is an excellent defender as he put in some solid hits on the Welsh attackers. The 26-year-old is more renowned for his attacking ability, however, as he possesses quick feet, plenty of pace and has an astute rugby brain. Those characteristics helped the Bulls reach this year’s United Rugby Championship final and he will be hoping to transfer his club form onto the international stage.

If the All Blacks want to win this encounter then their pack will have to come to the party as this is an area where the Springboks have a definite advantage. Players like Eben Etzebeth, Marx, Siya Kolisi and Pieter-Steph du Toit thrive on the physical aspect of the game but although their opponents struggled up front against Ireland, the likes of Scott Barrett, Sam Whitelock, Savea and captain Cane have got the better of the Boks in the past and will have to bring their A game as a collective this weekend. That is easier said than done though. South Africa to win by five points.