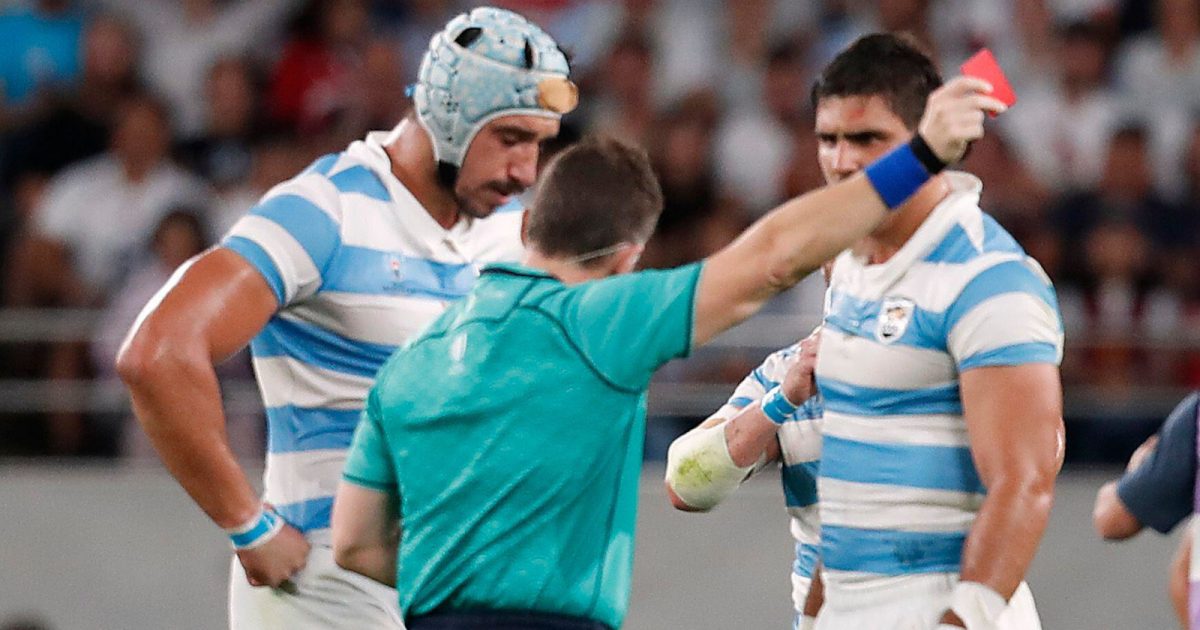 Renowned former referee Nigel Owens has reiterated his calls for the 20-minute red card to be dropped after SANZAAR reintroduced the law trial.

It has been used in Super Rugby over the past three seasons and also last year’s Rugby Championship, but in May World Rugby decided against approving a global trial.

Owens, writing in the Telegraph in April, had implored all governing bodies to reject the idea.

“Governing bodies need to stay strong on those acts of recklessness and thuggery.” The ex-referee wrote. “We have already seen how strict policing of certain offences can lead to change with tip tackles over a decade ago. There has been a total change of behaviour from players and those acts are now very rare.

“The last thing the sport needs is a situation where a player runs in and headbutts an opponent in the opening minutes, only for the offender to then be replaced 20 minutes later by a substitute. In situations like that, your team does not deserve to go back to 15 players.

“Make a clear decision between whether foul play is accidental or reckless and then award the appropriate yellow or red card.

“A 20-minute red card merely papers over the cracks. It is totally wrong, and if we go down that route then rugby is going to be in trouble.”

The southern hemisphere are persisting with the law trial, however, with those in Australia and New Zealand big supporters of reducing the punishment for a red card.

Owens remains against the idea and, when asked on social media about SANZAAR’s Rugby Championship announcement on Thursday, he responded: “Not a fan to be honest.

“It takes away the deterrent of a RC in my view and does not help with getting change in player behaviour when it comes to the issue of reckless/careless tackles that make contact with the head area. This is not helpful with the drive for player safety.

“The deterrent to change player behaviour is much more effective if the team is down to 14 men for the rest of the game than if just for 20 mins.

“Many are taking the risk by illegal clear-outs at ruck and upright or reckless tackles. So the 20m RC is not going to help with changing this behaviour.

“We are talking illegal tackles here which are foul play, not a legal tackle. A player should not be sent off if there is contact to the head and his actions were not illegal or totally reckless or stupidly careless.”