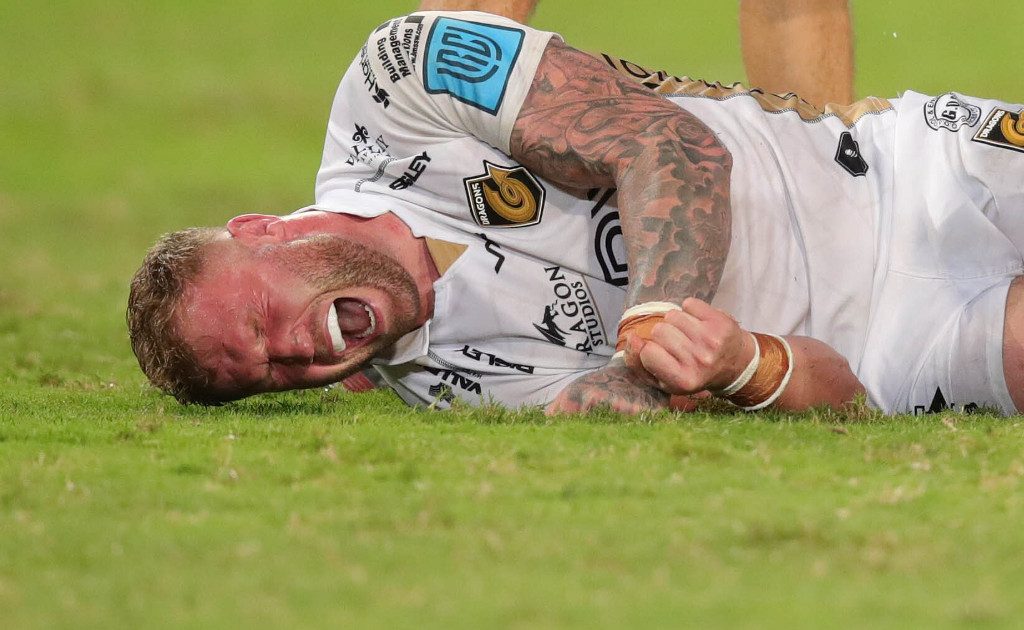 The Dragons endured a difficult night against the Sharks in Durban on Friday as, apart from suffering a 51-3 defeat, they also lost the services of Ross Moriarty, who sustained a serious-looking injury.

The Wales international was caught in an awkward position while trying to stop Sharks number eight Phepsi Buthelezi in the 29th minute. He came off second best from the collision and was left clutching his left knee.

Moriarty was eventually carted off the field after receiving treatment for his injury. It was the 27-year-old’s first appearance for the Dragons since returning from Six Nations duty with Wales.

Second injury for the season

He was also sidelined earlier in the season after undergoing shoulder surgery.

Discussing Moriarty’s injury after the United Rugby Championship encounter, the Dragons’ director of rugby Dean Ryan said: “We’ll have to wait and see. He has injured a knee and I am not quite sure to what extent that is.

“We don’t have many bodies like Ross, so when we lose them the impact is huge.”