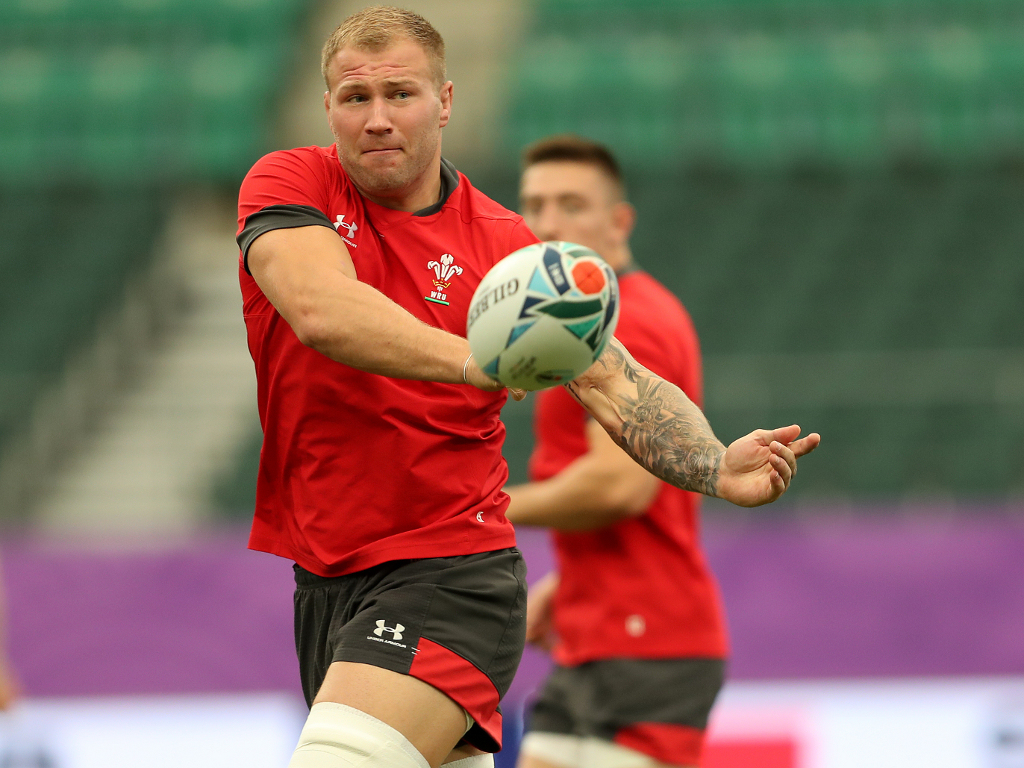 Warren Gatland’s charges edged out France 20-19 in Oita last weekend, but know they will have to go up a few gears if they are to progress to their first ever final.

South Africa are perennially strong up front, and Moriarty is relishing the physical confrontation which will come his way.

“Yes, this is a game I am looking forward to,” said the Dragons star.

“I know their forwards thrive on being physical and that’s what I thrive on as well. Some players go hiding when it gets tough, but I think I get better in those situations.

“It’s going to be a very big challenge. We’ve had some good results against South Africa in the November internationals in the last few years.

“We know what South Africa are capable of and we know what we’re going to have to do in training and in our analysis work to produce on the field on Sunday.

“I’ve seen the Springboks and they had a good win against Japan.

“We’re concentrating on ourselves until the end of the week. We all know the All Blacks are very physical, but South Africa are renowned for being a physical team too.

“They’ve got some very good backs so we know what we’re going to have to do to keep them at bay. That’s what we’ll be looking at.

“To be involved in a game like this is why I started playing.”

“I know their forwards thrive on being physical and that’s what I thrive on as well."

Last weekend’s quarter-final victory over France was somewhat of a rollercoaster ride for the 25-year-old.

Moriarty, who came on as a replacement for the injured Josh Navidi, was sent to the sin bin for a high tackle before scoring the match-winning try just minutes from time.

“Obviously to come on and get the yellow card was disappointing,” he said.

“Thankfully the referee didn’t take it too harshly, but when I realised he was going to his pocket I made sure for myself that it wasn’t going to be a red. It definitely wasn’t intentional.

“In terms of the try I was running towards the ball and just thinking ‘I can’t mess this up’. I didn’t even want to reach out in case someone came from nowhere and kicked the ball out of my hands.

“So I just landed on my head first and got the ball under my chest to make sure no one could come in and get it. It was slow-motion, a great scrum effort by the boys, and a great rip by Tomos Williams.

“Justin Tipuric said he didn’t know how he didn’t score it. To be honest, I was thinking ‘He’s basically over the line, now someone has to do it’.

“It ended up being me, but it could have been any of us. It was probably the easiest try I’ve ever scored, but the most nervous I’ve been scoring one.”