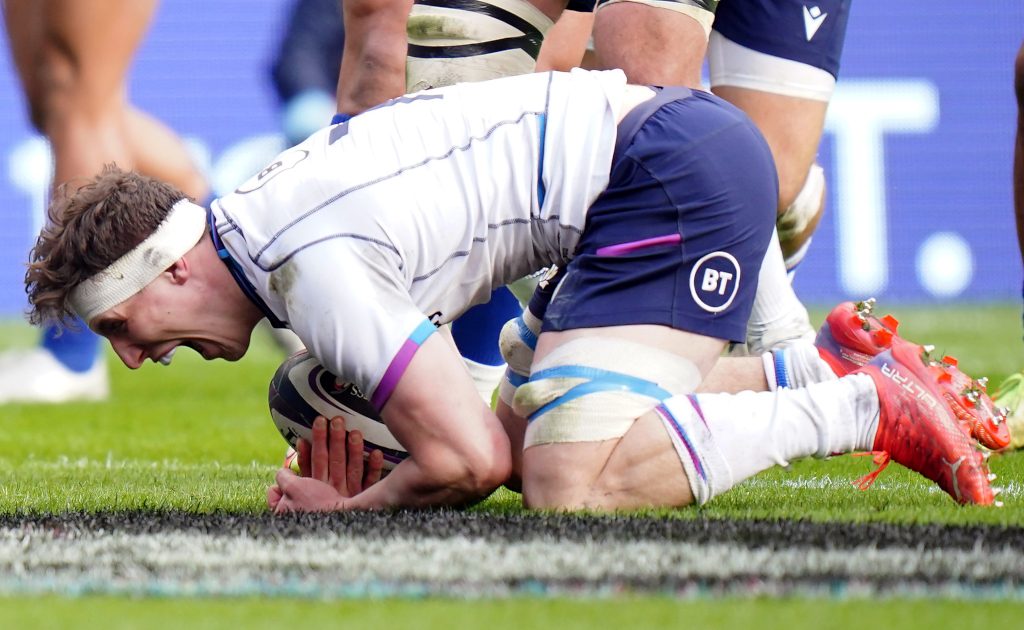 Rory Darge has put pen to paper on a new and improved long-term contract with Glasgow Warriors as his breakout season continues apace.

Still just 22, the openside flanker has been a revelation in black and blue since arriving at the club in April 2021, with a series of outstanding performances making him one of the most talked-about players in Scottish rugby in the last 12 months.

Burst onto the scene

He has become a regular starter, with the flanker initially turning heads in the 2021 Rainbow Cup with first a totemic display against former club Edinburgh, then a player of the match performance in a bonus-point win over the Dragons last May.

His remarkable run of form has shown no signs of abating in the 2021/22 campaign, becoming one of the most consistently high-performing athletes across the United Rugby Championship, beating more defenders than any other back-row in the competition.

His form earned the former Scotland U20 captain a senior international debut off the bench against Wales last month, before marking his first international start with a try in the clash with France at Murrayfield.

Such has been Darge’s impact in a Glasgow shirt, the flanker has claimed the McCrea Financial Services Warrior of the Month award on three of the six occasions it has been handed out since his arrival at Scotstoun.

“The last year has gone by so quickly,” a smiling Darge told Glasgow Warriors’ website.

“From my debut for Glasgow, to my first URC game, to my first European game and now to my Scotland debut, it’s been unbelievable.

“It was a really easy decision to commit my future to this club. I’m loving life at Scotstoun. I knew a few of the boys before making the move across last year, especially guys like Rufus [McLean], Ross [Thompson] and Ollie [Smith] that I came through the age grades with, but everyone’s been so good with me. I’ve settled in so quickly and I can’t imagine being anywhere else.

“All the guys in the back-row have been a massive help to me, in particular. Ryan Wilson as co-captain has been a big influence, but there’s also guys like Thomas Gordon, Jack Dempsey, Matt Fagerson – all these guys help me to push on and aim to be the best I can be. Danny [Wilson] and Nigel [Carolan] have been helping me develop my work at the contact and in attack, too, and I can’t wait to keep developing at this club.

“The URC is such a brilliant competition to develop my game in, too. To be able to test myself against World Cup winners on the South African teams, the top quality guys from the Irish teams at the top of the league and the best that Wales and Italy have to offer, that’s such a massive boost for both myself and the club. We want to be challenging at the top and it shows us the standard that we need to be at.”

Glasgow Warriors head coach Danny Wilson was understandably delighted to tie up the services of the highly-rated back-rower, saying: “We’re thrilled to secure Rory’s long-term future at the club.

“He’s been impressive from the minute he stepped into the building last April, displaying an outstanding level of professionalism and calmness for such a young player.

“Every challenge that has been put in front of him so far, he has embraced and his performances for both us and Scotland showcase his work rate and skill set.

“For Rory to be a Glasgow Warrior for the long-term is very exciting and we’re looking forward to continuing to watch him develop and grow in the jersey.”