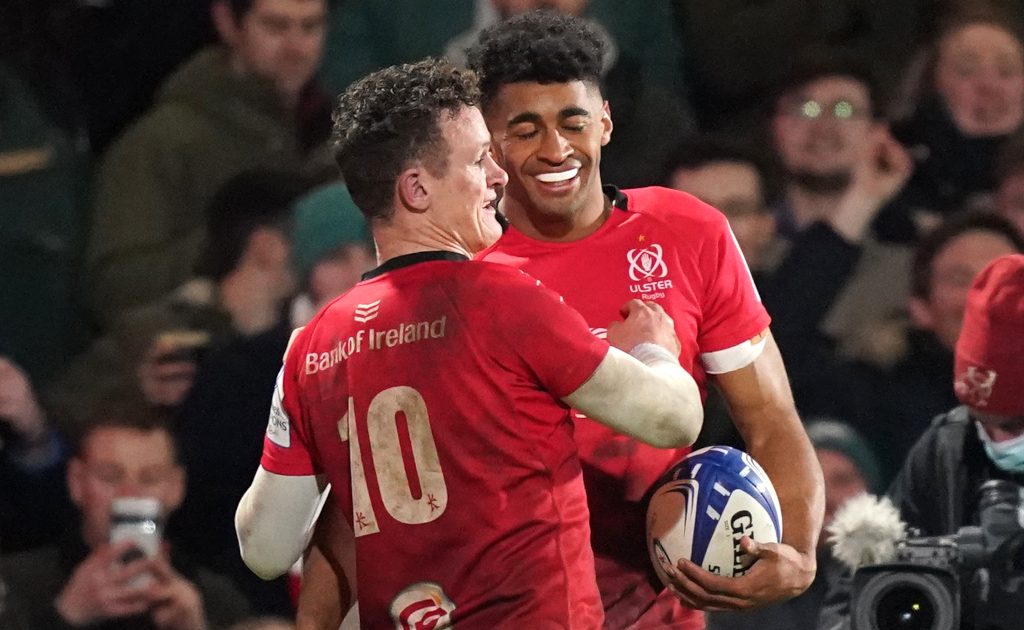 Fresh off claiming a hat-trick of tries in Ulster’s 26-20 victory over Toulouse, wing Robert Baloucoune has signed a new three-year deal.

Although scoring three tries was an enormous personal achievement for the Ireland international, Baloucoune was remarkably humble and eager to offload credit to his Ulster teammates after the narrow triumph and he has subsequently been rewarded.

On Monday it was announced that the 24-year-old has agreed a new deal and will now look to build on his performances with both province and Ireland.

“Rob is an exceptional talent, and it’s fantastic that a player of his calibre has committed their future to our province,” said head coach Dan McFarland.

“Not only does he possess devastating pace, with the ability to score tries from anywhere, but he is also a superb defender, as he showcased against Toulouse.

“I’m looking forward to what Rob will deliver in the Ulster jersey over the coming seasons.”

Baloucoune, who made his debut for Ireland in July 2021 against the USA, added: “I’m delighted to have extended my contract with Ulster for three more years. I’ve really enjoyed the journey so far alongside a great group of lads, and I’m excited to be part of this team as we continue to grow together.”