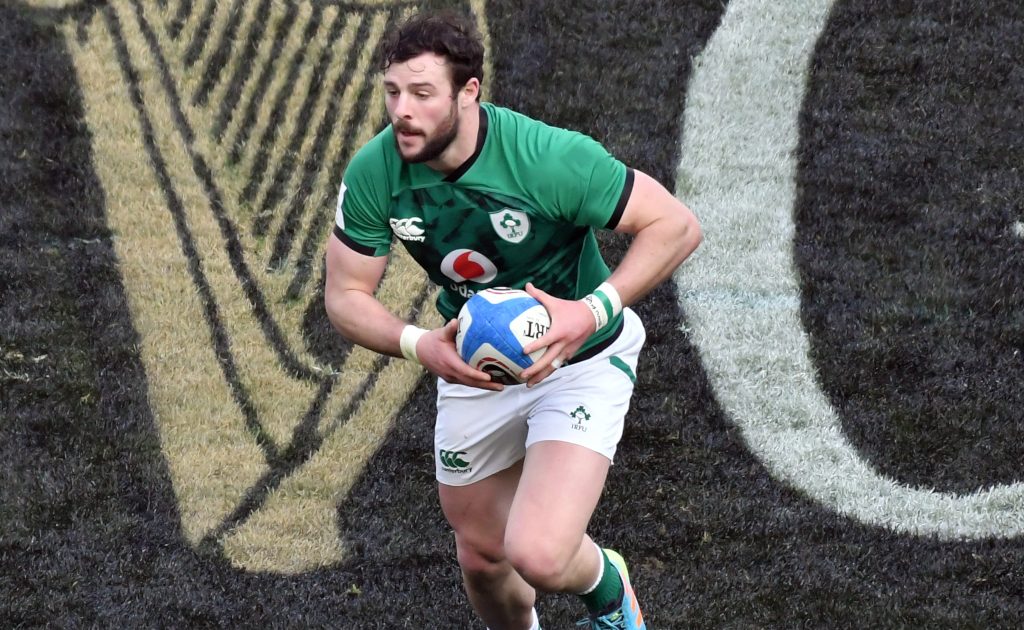 Robbie Henshaw has revealed that fierce competition and a demand to repeat their recent display against the All Blacks are driving Ireland’s players.

The 28-year-old is set to return to action when Ireland host Argentina in Dublin on Sunday, after last playing during the British and Irish Lions’ Test series against the Springboks.

Henshaw was in the crowd at the Aviva Stadium during Ireland’s memorable 29-20 victory over New Zealand last weekend but has recovered from a foot injury sustained during a Leinster training session.

He seemed set to miss out on any meaningful action this autumn but is ready to help maintain his country’s high standards having been afforded a starting opportunity against Los Pumas because fellow Lion Bundee Aki is nursing a couple of knocks.

“Competition has definitely increased, I think everyone is playing great stuff for the provinces and in the green shirt,” said Henshaw.

“It is a huge driver for performance within the squad, certainly for me personally; you need competition there to keep you on your toes and keep you trying to stay ahead.

“Definitely the talent we have in the squad is huge and it’s an exciting time for us.”

Speaking of the All Blacks game, he continued: “That’s the standard we can produce when we’re on.

“Things aren’t perfect all the time but the last two weeks have been unbelievable, really clinical and accurate.

Ireland celebrated their greatest win of the Andy Farrell era so far after a scintillating showing against New Zealand.

Tries from James Lowe, Ronan Kelleher and Caelan Doris helped make it seven wins in a row for the Irish after 2021 began with the disappointment of their Six Nations title aspirations being wiped out inside two rounds.

Henshaw believes the team have been threatening a performance like that for a while.

“It was tough not to be involved but the standard was incredible to watch and it was definitely a memorable day for me just to see the performance as a whole,” he said.

“To put it up to the number one team in the world, it was a special performance and one that’s definitely been on the horizon for a long time.

“We saw snippets of it in in the English performance in the last game of the Six Nations and it’s just been a step up from there since.

“It was brilliant and it was great to be there to watch it. I am a nervous fan as I’m not in control but there was unbelievable excitement when Caelan Doris went over for his try – I was up on the seat.”

Henshaw played every minute of the Lions’ three Tests in South Africa and believes the experience will be beneficial for the future.

“I was delighted to get three Test caps, three starts – it was probably top of my list in terms of goals at the start of last year,” he said.

“I was delighted to get that experience, definitely learned a lot from it and will certainly take it forward into the future in my career.

“It was a great group of lads and probably more enjoyable tour than the 2017 one.”

Meanwhile, Ireland coach Andy Farrell has made four changes to his backline for Sunday’s clash with Argentina.

A new half-back pairing of Conor Murray and Joey Carbery starts and Henshaw makes his season debut at inside centre, partnering Garry Ringrose.

Hugo Keenan gets another chance to impress in the number 15 jersey with wing James Lowe starting his third consecutive game for Ireland. Robert Baloucoune, who made his Ireland debut against the USA in July scoring a scintillating try, gets his second start.