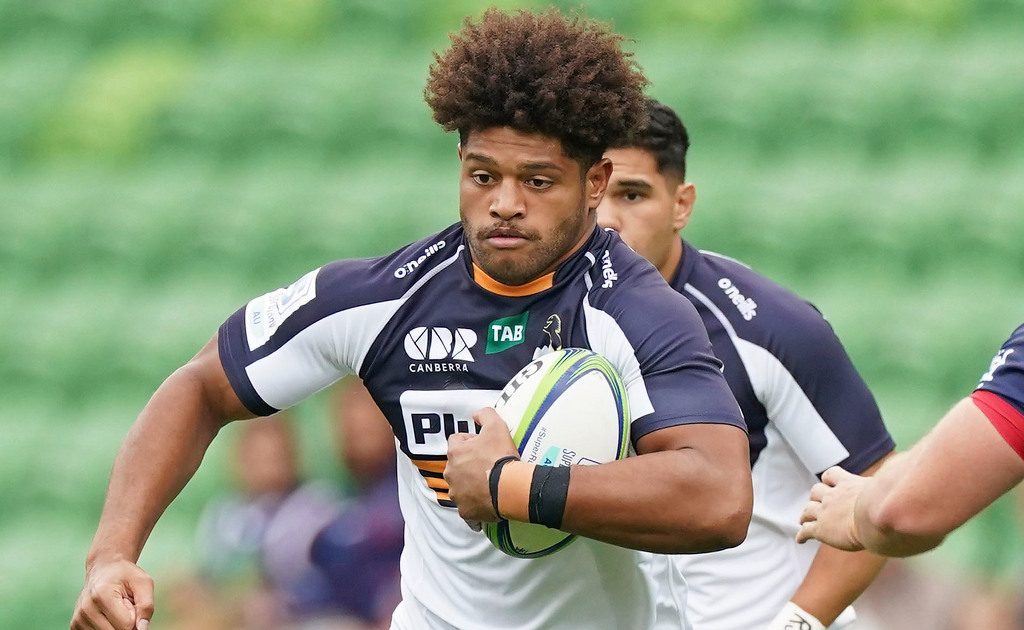 The Brumbies have announced that Wallabies back-rower Rob Valetini has recommitted to the club and Rugby Australia until the end of 2023.

The 22-year-old has been in career best form in 2021 and is coming off a Man-of-the-Match performance in the side’s knockout semi-final victory against the Western Force on Saturday night.

Valetini has started every game for the club on their way to this weekend’s Super Rugby AU final against the Reds in Brisbane, leading the way in carries by a forward in the competition.

Born and educated in Melbourne, Valetini joined the Brumbies from school and earned his stripes playing for Canberra Vikings in Australia’s National Rugby Championship before making his Super Rugby debut against the Sunwolves in 2018.

Hampered by injury in the early stages of his career, Brumby number 199, Valetini has played every Super Rugby game since the start of 2020 and has already represented the Wallabies on four occasions.

A dominant fixture on both sides of the ball, the Brumbies faithful will be rapt to have Valetini wearing Australian Capital Territory colours for at least the next two years.

Valetini said: “I couldn’t be happier to be calling the Brumbies home for a further two years.”

“The coaching and staff here have really helped in my development as a player and also as a person and I feel I’ve got a lot of improvement left in me.

“The club and Rugby Australia have showed a lot of faith in me and I look forward to repaying that.”

Brumbies coach Dan McKellar said: “Rob’s development as a player is clear for all to see and his growth away from the field as a person is also really impressive.”

“He’s really matured as a member of the squad and is becoming a leader within the group which has helped translate to more consistent performances on the field.

“He’s become one of the best trainers in the group and is understanding what it takes to be a professional footballer day in day out.”

“We saw really big shifts from Rob in the last weeks of our campaign in 2020 and to his credit he’s worked incredibly hard in the off season and has been a stand out performer for the Brumbies week in week out.

“His impact on the game, with or without the ball is impressive and that’s exciting for the Wallabies moving forward.”