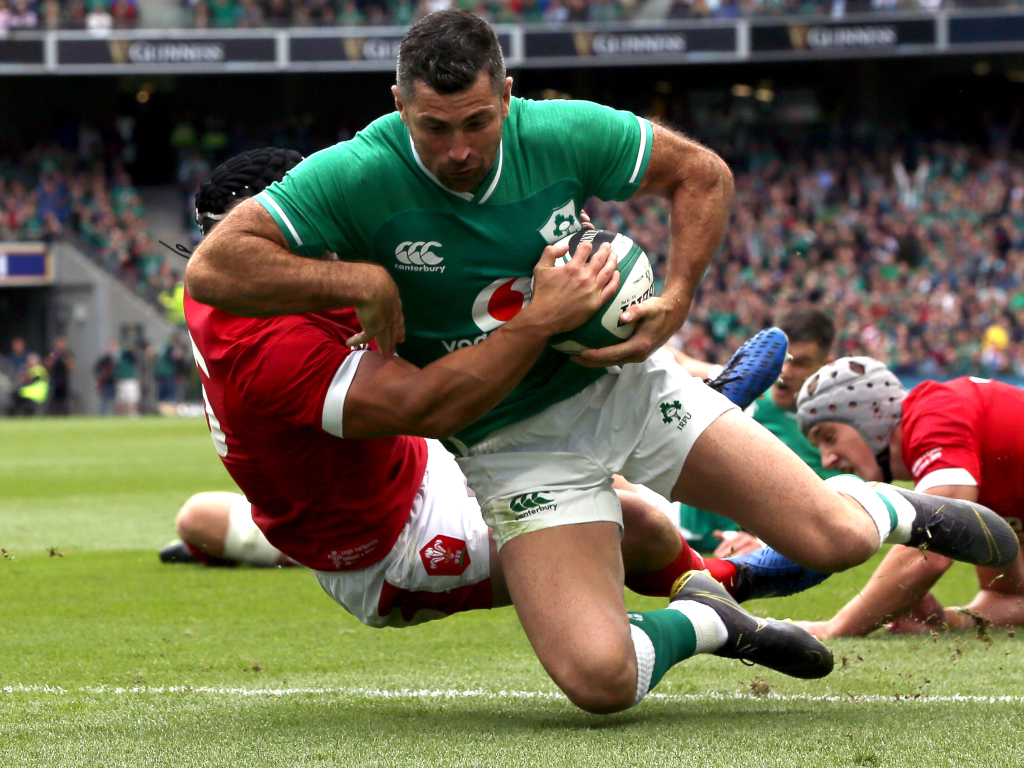 Experienced Ireland full-back Rob Kearney is a doubt for their opening encounter of the Rugby World Cup against Scotland on Sunday.

The 33-year-old would have been expected to start versus Gregor Townsend’s men but the Irish media are reporting that the Leinster player may be unavailable for this weekend’s game.

Kearney has picked up a calf injury and joins Robbie Henshaw on the sidelines, who is almost certainly out of the Scotland contest due to a hamstring problem.

Should the full-back not be ready in time, it could potentially leave them short of three frontline players with Keith Earls another that is struggling to be fit.

Henshaw’s injury remains the biggest concern for Ireland, but scrum coach Greg Feek is remaining positive over the centre’s chances of being ready for their second match.

“Robbie’s looking a lot better this week, we’re just back from training and still sorting things out but it’s reasonably positive in terms of what we saw,” Feek told reporters.

“Day by day, week by week things can improve so we’re just taking it like that. From here on in, we’ll see how it goes over the next few days and then reassess.

“As you know our collective has always been something we pride ourselves on, we back everyone and we’ve spent a lot of time in pre-season. I know what game he’ll be targeting, it’s still early days. We still have hopes for next week.”