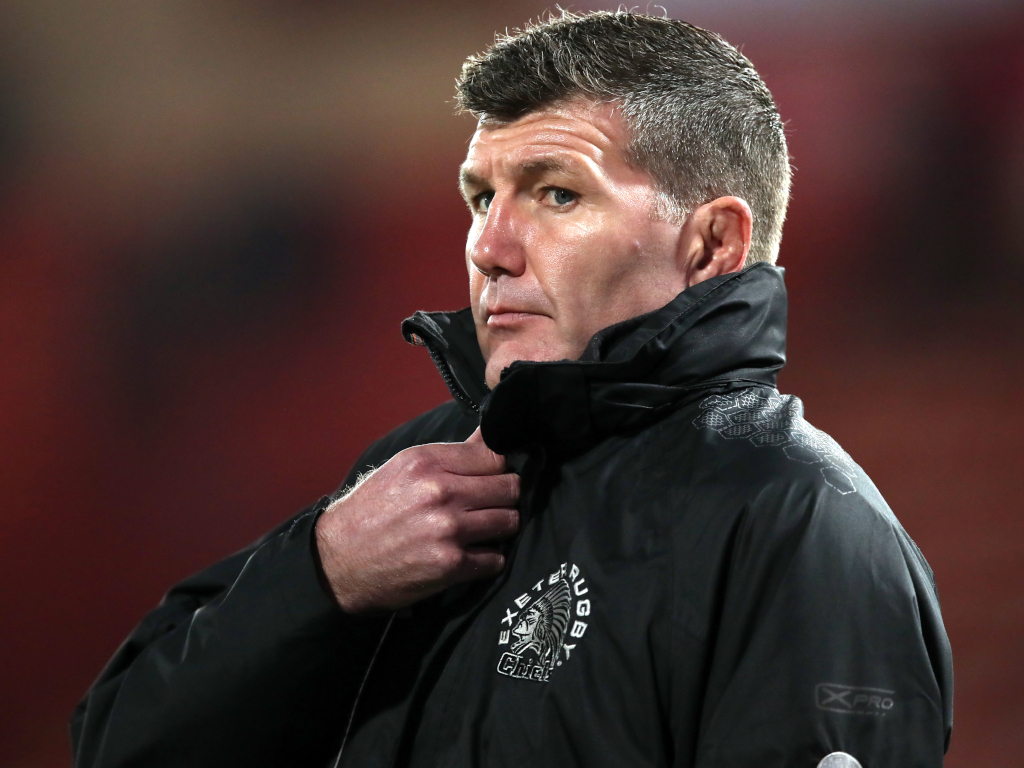 Exeter boss Rob Baxter believes “an element of club management” is crucial as initiatives were outlined to protect player welfare for this season and next.

The 2019/20 Premiership season restarted last Friday after being halted in early March because of the coronavirus pandemic.

Clubs face a packed programme of nine league games in 52 days, including midweek fixtures, while some also have European knockout matches and could be involved in October’s domestic play-offs and final.

English rugby’s Professional Game Board announced that for the current Premiership campaign, no player can feature in more than 180 minutes if selected in the matchday 23 on three occasions in a week, and no player can start three games in the space of a week.

Between August 14 and September 13, a player cannot be selected in more than six matches and a player’s training load will be managed if they are in three matchday squads during a seven-day period.

Clubs will give players three weeks off at the end of the Premiership season, but those in the play-off final will only be able to offer their squad a two-and-a-half-week break and also have just one and a half weeks to prepare for round one of the 2020/21 campaign.

England players, meanwhile, will be given a one-week break after the delayed Six Nations game against Italy on October 31, and a further fortnight off in December following four weekends of Test matches.

The 2020/21 campaign starts on November 20, just four weeks after this season’s Premiership final, and will not conclude until June 26.

Spine-tinglingly feeble release dressed up as a player welfare initiative announced by English pro rugby’s usual suspects. No player will play more than 180 minutes in a week. Goodness me…

Speaking before the initiatives were announced, Chiefs director of rugby Baxter said: “The key to all this is that there has to be an element of club management allowed.

“Too many hard and fast rules, and clubs will always be asking for exceptional circumstances.

“It doesn’t take a genius to work out that if you have injuries in a couple of specialist positions, any planning about maximum minutes or games can go right out of the window. You will be spending every waking minute asking for exceptional circumstances for players to play.

“Give clubs a little bit of autonomy. This is an incredibly different season.

“Most directors of rugby would have no difficulty agreeing some principles and being asked quite forcibly why those have not been adhered to, rather than being given hard and fast rules. Things are so changeable.

“I’ve also had two players come to me in the last two days saying they want to play every game. Midweek, whatever.

“It’s nice to hear players say they want to play, but I told them they weren’t going to.

“But we’ve got other guys who start to wonder at the mere mention of two games next week. We have to deal with that as well.

“That’s why it has got to be player by player, individual load by load. Some players, if they play two games in a week rather than one, will actually have a reduced training load.”