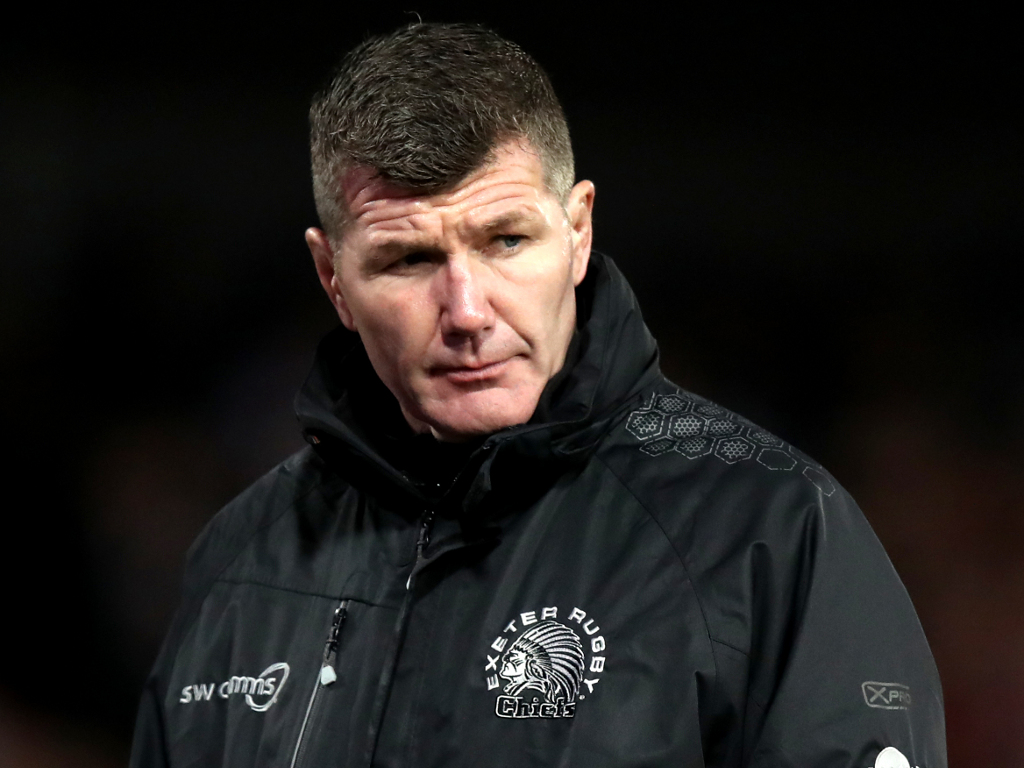 Exeter Chiefs director of rugby Rob Baxter was relieved after his side staved off a great fightback from Sale Sharks to clinch a 22-20 win at the AJ Bell Stadium.

The result means the Chiefs consolidate their position at the top of Pool 2 and they maintain their unbeaten run in the competition.

The Chiefs, who went into the round three fixture on the back of bonus-point wins over La Rochelle and Glasgow, led 22-8 after Scotland full-back Stuart Hogg scored his first try for the club and helped create another but they failed to press home their advantage.

Hooker Akker van der Merwe scored two first-half tries for the Sharks to keep them in the game and they dominated for long periods of the second half, with skipper Jono Ross applying the finishing touches to a sustained spell of pressure by crashing over for his side’s third try six minutes from the end.

Rob du Preez kicked his second goal to cut the gap to just two points but the home side ran out of time as Exeter, with substitute prop Ben Moon in the sin-bin for persistent team infringing, hung on for a seventh successive victory over Steve Diamond’s men.

“The last 10 minutes were the longest 10 minutes of my life,” said Baxter. “Sale kept coming and we couldn’t relieve any pressure.

“I thought we tried to close the game out a little bit early and nearly paid the price.

“We had to show some fighting qualities to see them off. Over the years we’ve lost in similar circumstances, so to be sitting here with 14 points form three rounds feels very, very good.

“We’ve very much kept things in our own hands.”

Sale, who had England flanker Tom Curry sin-binned early on for a professional foul, are now below Glasgow in Pool Two after winning only one of their first three matches and need to beat Exeter in the return fixture at Sandy Park next Sunday to keep alive their hopes of only a second appearance in the knockout stages.

“That will be a very difficult task,” said director of rugby Diamond. “We’ve only won there once but, if we play like that, it will be a close game.

“The lads played really well. We changed things up in the week with our attack and I think that went well.

“Our line-out functioned and our scrum was dominant. I thought our forwards matched them today and probably edged them towards the end.

“They probably just deserved to edge us on the day but in the last 10 minutes the decisions weren’t correct, we didn’t get our just rewards.”

Exeter will monitor the health of Hogg, who made a dynamic start to the game with the first clean break that paved the way for a penalty try and touched down his own kick for a 17th-minute try, but took a knock on the head in the process and had to go off for an assessment.

“He failed his HIA but says he’s feeling a lot better and hopefully he’ll be fit for next week,” said Baxter.

“It’s a bit of a shame because he looked absolutely on fire. He really was electric in the first quarter.”