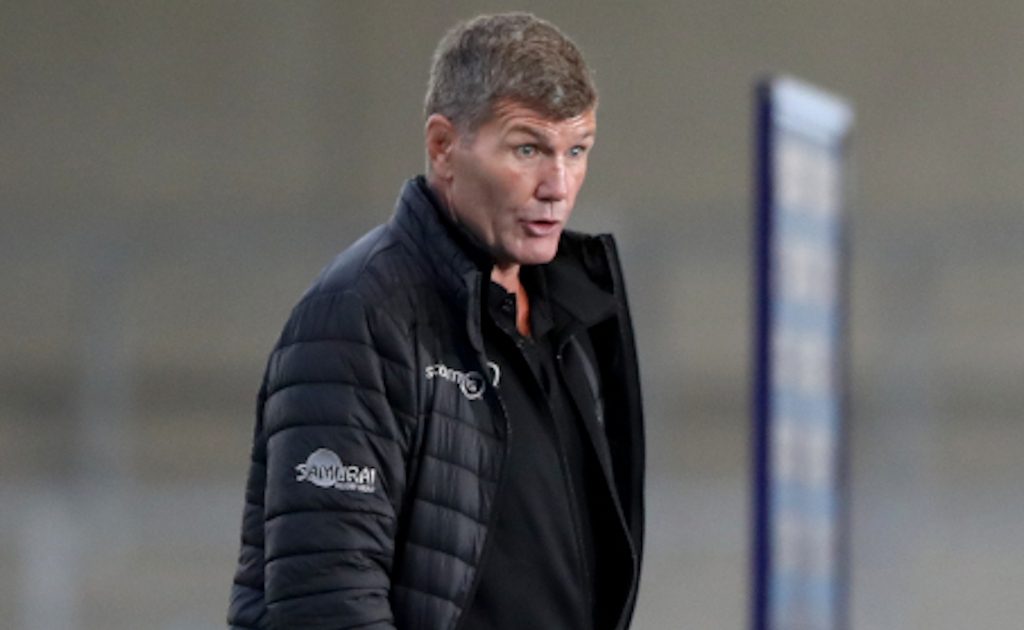 Exeter Chiefs director of rugby Rob Baxter said Saracens have served their punishment ahead of the teams’ Premiership encounter at Sandy Park on Saturday.

This season has seen Saracens return to the Premiership, after they received a £5million fine and were relegated last year for persistent salary cap breaches, but they have done well and are currently in second position on the table while Exeter are in sixth spot.

Saturday’s clash between these clubs will be their first Premiership encounter since September 2020.

And while Baxter does not deny the whole Saracens affair could be a motivation for some of his players, he also believes it is an episode that belongs in the past.

“It’s like anything in life, you can keep looking back on it and keep going ‘that wasn’t fair, that wasn’t fair’. It doesn’t do a lot of good now,” he said.

“I know we continually get brought up as the team, but there were 10 other Premiership clubs who were pretty annoyed as well.

“Now, we are all getting on with it.

“Saracens have done their time, and they are back, and we are all moving on under new salary cap regulations.”

Saracens’ impressive Premiership return has been highlighted by away wins against Harlequins and Bristol – plus a 70-point demolition of Bath at the Recreation Ground.

They are unbeaten in the league since their solitary defeat – a 13-12 reversal against leaders Leicester – two months ago.

Saracens rugby director Mark McCall said: “It has been interesting, as all these away games we’ve gone to are ones we missed when we weren’t there.

“It has been great to go up to Welford Road, to Bath and play in front of full houses, and it is going to be the same against Exeter.

“I remember being asked before the first game of the season at Bristol where I thought we were, and I had no idea. We had to wait and see and get stuck into the games.

“I’ve been heartened that we are ok and pretty much up there.

“We are going to face Exeter at their best this weekend – they are probably going to have their strongest team of the season out, and will be at their most motivated.

“I think the Premiership is in a strong position this season. There have been so many results which people wouldn’t have predicted.

“There are teams beating each other, teams coming back in the last few minutes of matches to get two points from games, and everyone is fighting for everything.

“There have been loads of tight matches, loads of tries, so it is in a really healthy place.”

‘Sky is the limit for Marcus Smith’ – Nick Evans

Harlequins coach Nick Evans believes that Marcus Smith has an ‘unbelievable ceiling’ but insists that the fly-half is already playing top-class rugby.

Evans’ comments come after England boss Eddie Jones stated in his new book ‘Leadership’ that Smith is still very much a work in progress.

“We are seeing it now and, if he gets any better, bloody hell! I would like to think he has an unbelievable ceiling even if he has one. The sky is the limit and he is very self-aware of areas where he can improve on and that includes his super strengths as well,” the former All Black told reporters.

“He has still got an unbelievable appetite and desire to improve himself and has been brilliant coming back into the camp with Joe Marler, Joe Marchant and Alex Dombrandt.