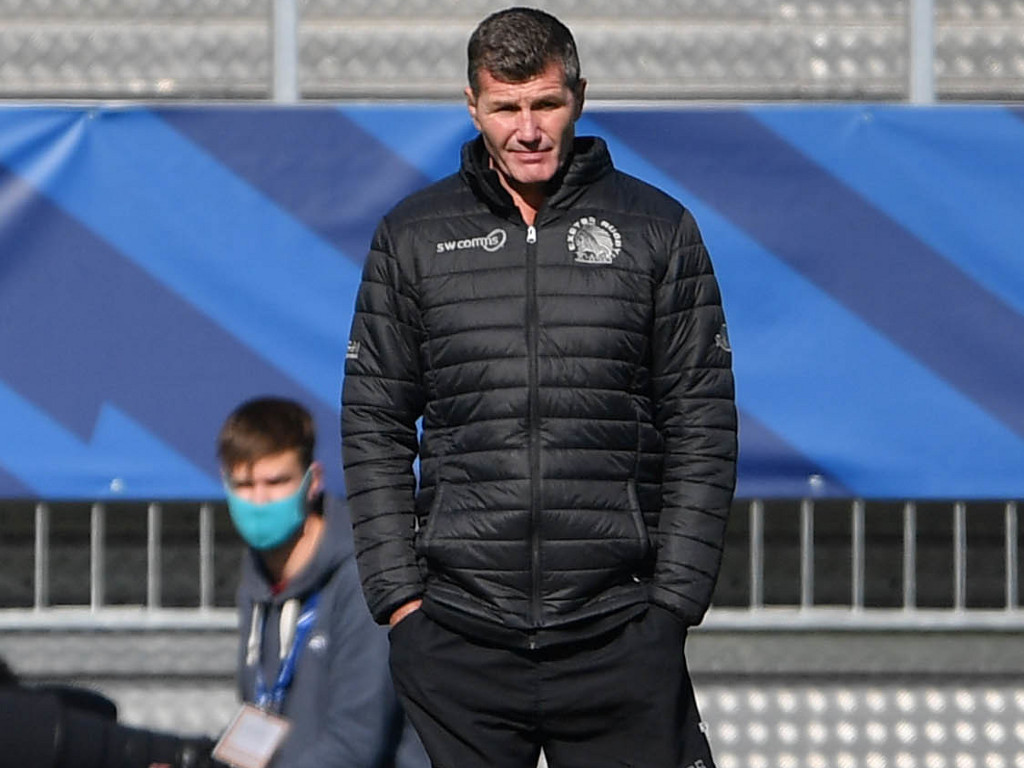 The Chiefs director of rugby is one win away from completing a domestic and European double.

He is viewed in many quarters as the top English candidate to succeed Australian Eddie Jones at some point after the 2023 World Cup.

Jones is contracted with the Rugby Football Union until the end of that tournament, while Baxter’s existing Exeter deal also expires in three years’ time.

But the 49-year-old is relishing challenges ahead with Exeter, the club he has steered from Championship status to kings of Europe via a Premiership title in just 10 years.

Asked ahead of Saturday’s Premiership final against Wasps if he would ever have ambition of eventually coaching England, Baxter said: “Right here and now, no.”

When pressed on why that was the case, he replied: “Because I am happy here.”

And asked about any potential situation in the future, Baxter added: “Well, it would depend if I am happy here.”

Baxter’s stock has never been higher as he prepares for a fifth successive Premiership final appearance.

Victory over Wasps would see Exeter become only the fourth English club after Leicester, Wasps and Saracens to win the Premiership and European Cup in one season, and they are firm favourites to accomplish it.

Baxter, though, is already looking ahead, planning for a new season that begins with a trip to Harlequins in just 29 days’ time, and continuing to maximise the playing talent in his squad.

“There are always new challenges,” he said. “I can see some huge challenges around the corner, before we even get to this final.

“We will suddenly have a season where there will be more clashes with international games than we have had before, and our squad will be more stretched than it ever has before over an extended period.

“We have six players in the EPS (England elite player squad), and if they get selected they will miss 14 or 15 games of Premiership rugby. It is going to be a totally different club environment next season.

“That is actually quite exciting in a lot of ways. From a coaching perspective, that is a brand new challenge.

“And I must admit there is nothing I am looking forward to more than seeing the crowd in here at Sandy Park and us being able to show them the Heineken Champions Cup.

“There are a load of things that are really important around the corner that I want to see. I want see the stadium finished, I want to see the hotel (being built next to Sandy Park) bursting at the seams on a Saturday.

“There are loads of things that go beyond winning trophies that are exciting and show the development of the club.”

“Can they take the club to heights we haven’t achieved even yet as far as our consistency and where we can be in Europe and the Premiership? Where can they get at international level? Will we have any Lions in a year’s time?

“There are loads of challenges in rugby that I would love to be a part of at Exeter. Obviously, a huge part as well will be making sure we see Exeter through the tough financial climate we are in at the moment.

“All of this won’t mean very much to me and my career at Exeter if we are a club that fail financially in the next six months because of the current situation.”