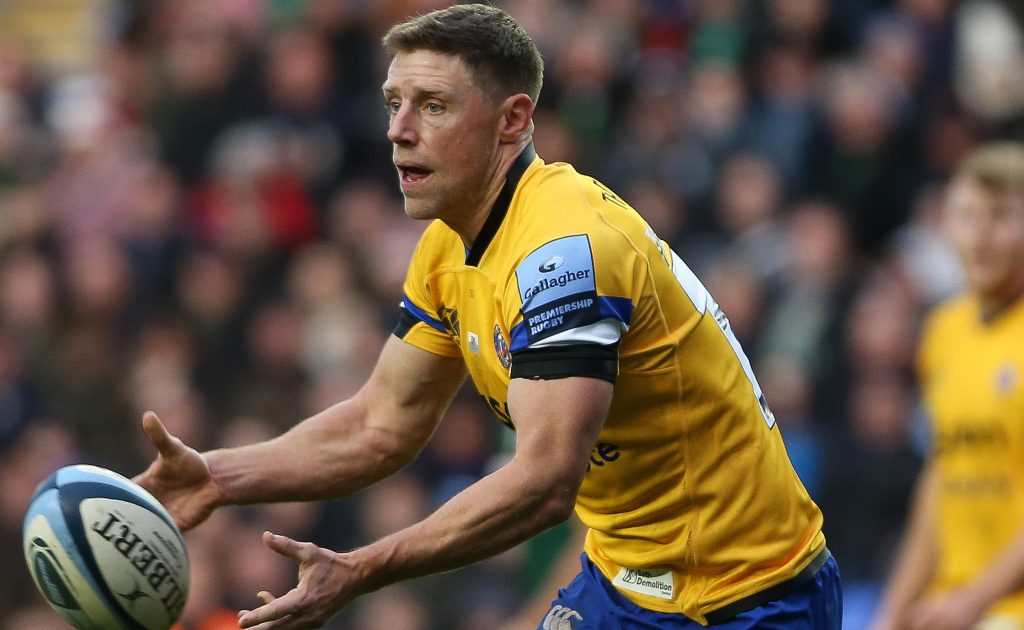 There are three games scheduled to take place on Friday as the inaugural United Rugby Championship season kicks off with Zebre taking on the Lions in the early match before Cardiff Rugby host Connacht and Ulster face Glasgow Warriors.

The Zebre XV has 10 Azzurri players in their ranks and will be captained by outside centre Giulio Bisegni, who will be supported by two vice-captains, centre Tommaso Boni and lock David Sisi.

Carlo Canna starts at fly-half alongside scrum-half Marcello Violi with Pierre Bruno and Mattia Bellini the two wings and Junior Laloifi lines up at full-back.

In the back-row, Renato Giammarioli gets the nod at number eight while Iacopo Bianchi and Maxime Mbandà are the starting flankers with Leonard Krumov and Sisi packing down in the engine room.

Azzurri captain Luca Bigi starts at hooker and is joined in the front-row by Danilo Fischetti and Matteo Nocera.

On the bench, there is space for the two young forwards Ion Neculai and Andrea Zambonin. Neculai is a prop from Elba and Zambonin a second-row from Vicenza. The duo have reinforced the pack this summer and are ready for their official debuts with the club.

Meanwhile, the Lions have named a strong 23-man matchday squad to face their Italian hosts in Parma.

Experienced inside centre Burger Odendaal leads the side and he forms a midfield combination with Wandisile Simelane, who was part of the Springbok squad during their recent series against the British & Irish Lions.

The rest of the backline sees Jamba Ulengo and Rabz Maxwane lining up on the wings with former Leicester Tiger EW Viljoen starting at full-back while Jordan Hendrikse and Andre Warner are the half-back duo.

In the forwards, ex-Springbok Jaco Kriel starts on the openside flank alongside fellow flanker Vincent Tshituka while Francke Horne will be at number eight, with Pieter Jansen van Vuren and Ruben Schoeman the starting locks.

Jaco Visagie packs down at hooker alongside another former Bok Ruan Dreyer and Carlu Sadie, who are the starting props.

Rhys Priestland will make his Cardiff competitive debut on Friday, as the Blue and Blacks welcome Connacht to the capital for the United Rugby Championship opener.

The fly-half, who arrived at the Arms Park from Bath over the summer, is one of 11 internationals named in Dai Young’s starting XV for the curtain raiser.

Having featured in both pre-season matches, Priestland continues his partnership with the experienced Lloyd Williams at half-back.

Willis Halaholo is reunited with Rey Lee-Lo in midfield as Owen Lane, Jason Harries and Hallam Amos form the back three.

Josh Turnbull starts in the six jersey to kick off his tenure as club captain, and is joined by Ellis Jenkins and James Ratti in the back-row.

Linking up with Seb Davies in the second-row is newly-capped international, Matthew Screech, who gets his first outing in the blue and black since returning to the Arms Park over the summer.

The starting line-up is completed by the front-row trio of Corey Domachowski, Kirby Myhill and Dmitri Arhip.

Here is your team for our United Rugby Championship clash against @Cardiff_Rugby!

Mack Hansen will make his debut in Cardiff tomorrow, with a possible debut off the bench for Sligo's Hubert Gilvarr!

For Connacht, new signing Mack Hansen has been handed his debut after he was named on the wing. Fellow Aussie John Porch is named on the other wing with Tiernan O’Halloran operating at full-back.

Tom Farrell starts his first competitive game since November after his serious knee injury, with the 28-year old named in the centre alongside Tom Daly who makes his 50th appearance for the province. Irish internationals Kieran Marmion and Jack make up the half-back pairing.

Club captain Jarrad Butler is named at number eight alongside flankers Cian Prendergast and Conor Oliver, while Oisín Dowling and Ultan Dillane start together in the second-row.

The starting line-up is completed by hooker Shane Delahunt and props Matthew Burke and Finlay Bealham.

There’s also a potential debut off the bench for Hubert Gilvarry. The scrum-half has represented Sligo RFC and Sligo Grammar School and has been integrated in the setup the last number of weeks.

In the back three, Ethan McIlroy has been named at full-back, and starts with Jacob Stockdale and Robert Baloucoune on the left and right wings. James Hume and Stuart McCloskey will make up the centre pairing, and John Cooney and Billy Burns are the starting half-backs for this game.

Brad Roberts will make his first competitive start at hooker, with Andrew Warwick and Marty Moore packing down either side of him in the front-row.

Sam Carter will captain the Ulstermen and is partnered in the second-row with Alan O’Connor. In the back-row, Greg Jones is named at blindside flanker, with Sean Reidy at openside and Nick Timoney at number eight.

Rob Herring, Eric O’Sullivan, Tom O’Toole, Mick Kearney and Matty Rea are named as the forward replacements, and Nathan Doak, Mike Lowry and Will Addison will provide the backline cover.

Meanwhile, Glasgow head coach Danny Wilson has named his first matchday 23 of the 2021/22 campaign, as his side travels to Belfast.

Five of the squad set to step out on to the field are in line for their first appearance in Glasgow colours, as the Warriors go in search of a first victory over their hosts at the Kingspan Stadium since September 2013.

Amongst the potential debutants are on-loan loosehead Brad Thyer and summer arrival Simon Berghan, with the props lining up either side of the McCrea Financial Services Warrior of the Month for September, Johnny Matthews, in the front-row.

An all-international second-row partnership sees Richie Gray pack down alongside Scott Cummings in the engine room, with the former set for his first start at Scotstoun since March’s 46-25 victory over Benetton in the final match of the 2020/21 PRO14.

Australian international Jack Dempsey is another who will make his club debut in Belfast on Friday, as the summer signing lines up alongside Rory Darge and club co-captain Ryan Wilson in the back-row.

Behind the scrum, another all-international combination sees George Horne partner the returning Duncan Weir in the half-backs, as the fly-half makes his first competitive appearance for the Warriors since 2016.

Sione Tuipulotu is rewarded for his impressive displays in pre-season with selection at outside centre, lining up alongside Sam Johnson in the Glasgow midfield.

The back three sees Rufus McLean – fresh from his electrifying brace against Worcester Warriors – and Kyle Steyn named on the wings, as Cole Forbes completes the starting XV at full-back.

One further debut could be forthcoming amongst the replacements, as Murray McCallum is set for his first Glasgow outing from the bench.

The tighthead joins Fraser Brown and fellow summer arrival Jamie Bhatti as the front-row cover, with Bhatti’s last appearance for the club coming in the 2019 PRO14 Final at Celtic Park.

Lewis Bean is named in a competitive matchday squad for the first time since joining the club on a permanent basis, whilst the sole survivor from the 2013 win in Belfast, Rob Harley, wears the number 20 jersey.

The replacement backs have an average age of 21, with replacement scrum-half Jamie Dobie the youngest of the trio selected by Wilson and his coaching team.