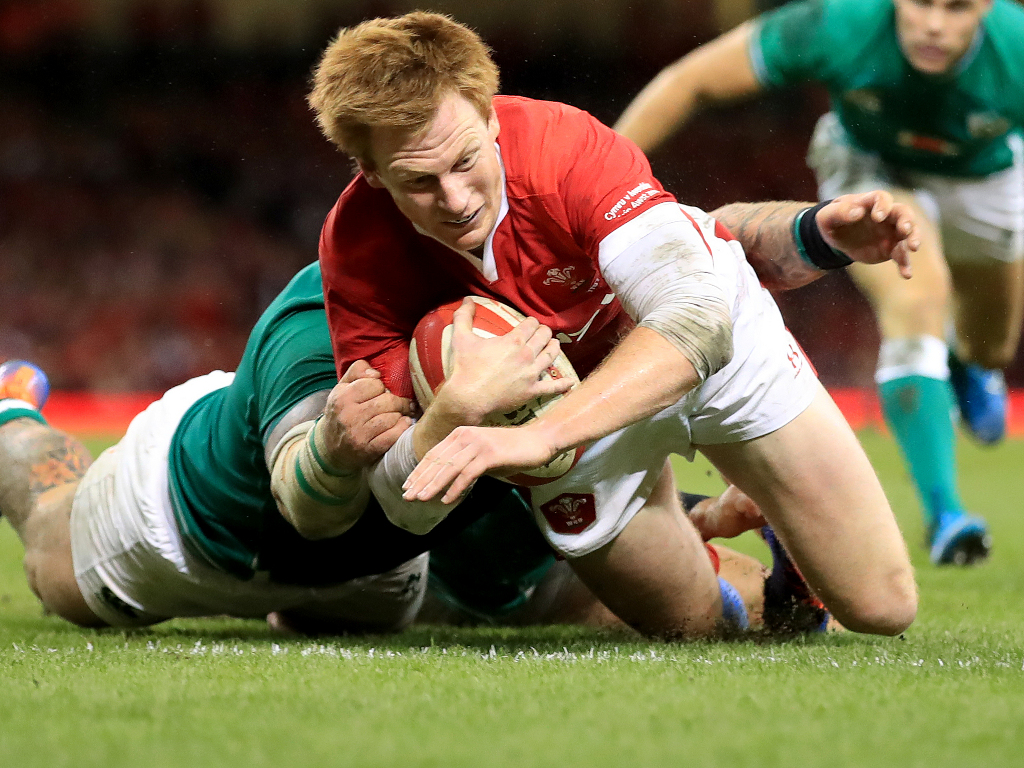 Rhys Patchell will be assessed ahead of Wales’ departure for the World Cup on Wednesday after he was concussed in Saturday’s Test against Ireland.

The fly-half sustained his third concussion in a year during Wales’ 19-10 loss at the Aviva Stadium in Dublin.

He left the field in the 24th minute after trying to tackle Ireland flanker CJ Stander.

It was Patchell’s first start for Wales since June 2018 when he contributed 20 points in his side’s win over Argentina in Santa Fe.

Speaking after his team’s defeat in Dublin, Wales head coach Warren Gatland said: “We’ll talk to the medics and see how he feels over the next few days.

“He will be assessed over the next few days. We will see how he comes out of the next couple of days.”

When asked if he believes Patchell deserved some luck following his previous fitness issues – apart from two separate occasions, he also suffered a hamstring injury – Gatland replied: “Yes he does. He’s gone a little bit low where he has probably got that knock.

“The ironic thing with World Rugby is they are keeping the tackles down, but most concussions come from the tackler going low and hitting knees and hips.

“It’s one aspect we need to continue to work on for the defensive player as well.”