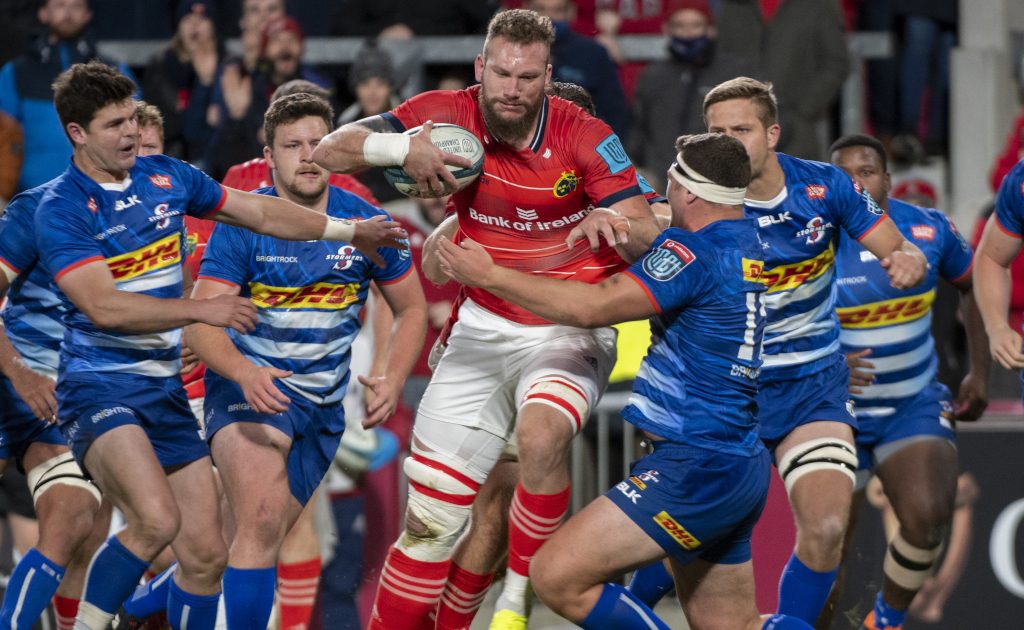 Munster have suffered a major setback after it was confirmed that RG Snyman re-ruptured his cruciate ligament against Scarlets on Sunday.

The second-row’s injury took place in their United Rugby Championship win in Llanelli.

Snyman, 26, featured off the bench in the Parc y Scarlets meeting and nine minutes later was forced off after rupturing his anterior cruciate ligament (ACL).

The Rugby World Cup-winning Springbok will meet with the specialist next to discuss surgery and management.

Everyone feels for him

Commenting on the injury blow, head coach Johann van Graan told the club website: “We are all hugely disappointed for RG.

“After doing everything that was asked of him and working so hard to get back into great shape everyone feels for him right now.

“While this is a setback, we know RG is young and resilient given everything he has gone through in the last year so there is a strong sense of perspective here.

“We have seen what other world class players have done in this position before and they have come back to reach the successful heights of their careers and I would expect no different for someone of RG’s class and standing.”