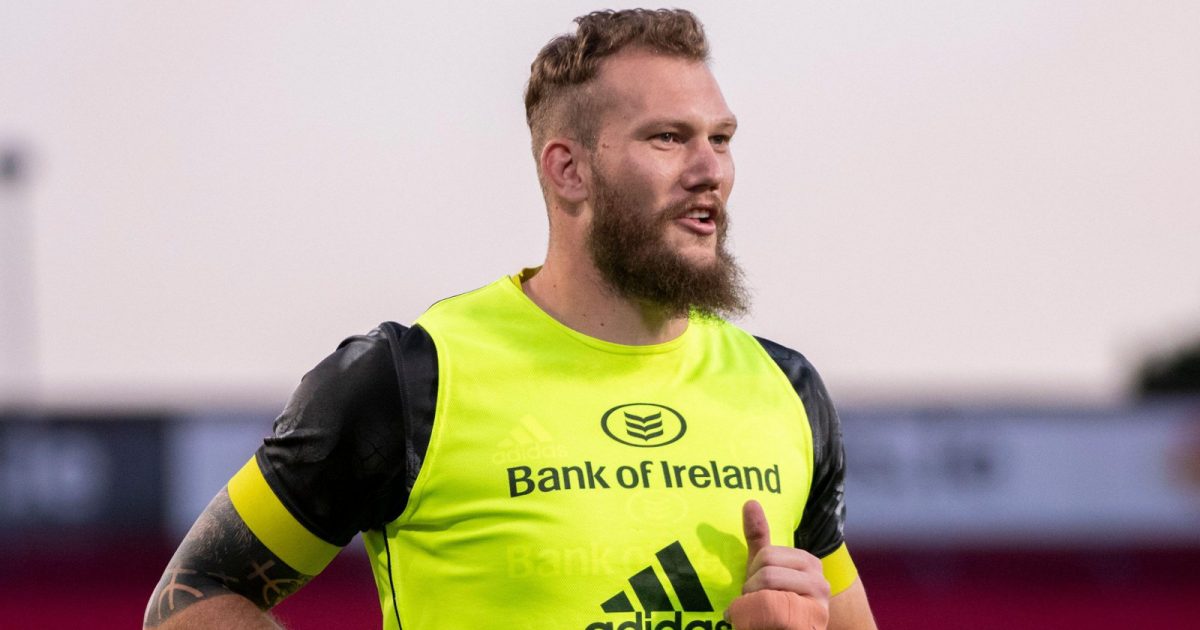 Munster have received a shot in the arm on the injury front with the news that experienced second-row RG Snyman is on his way back after a lengthy lay-off.

The Springbok has endured a torrid time since joining the Irish province in 2020. He initially ruptured the Anterior Cruciate Ligament (ACL) within his knee seven minutes into his debut against Leinster in August of that year.

The 27-year-old spent more than a year on the sidelines – after also suffering from burn wounds sustained during a fire-pit accident involving Munster team-mates Damian de Allende and CJ Stander – before making a return to action off the replacements bench in Munster’s 2021/22 United Rugby Championship clash against the Stormers at Thomond Park at the start of October last year.

However, things went pear-shaped the following week when Munster travelled to Llanelli to face the Scarlets as Snyman re-ruptured the same ligaments just nine minutes after coming on as a replacement.

But Munster have some positive news regarding the 2019 Rugby World Cup winner’s rehabilitation of his latest injury.

The Irish province started their pre-season training programme on Monday ahead of the 2022/23 campaign with new head coach Graham Rowntree taking charge of the team for the first time since taking over the reins from Johann van Graan, who moved to Premiership outfit Bath.

“There is good news on the injury front as we started the pre-season training programme with RG Snyman (knee) reintegrating to team training,” Munster revealed via a press statement on their official website.

“Antoine Frisch is progressing well after undergoing a shoulder procedure towards the end of last season and will be in line to return in time for our pre-season fixtures.

“The Ireland Internationals and Ireland U20s representatives who were in action in New Zealand and Italy respectively will enjoy a rest period for the coming weeks before they make their return to the UL training base.”