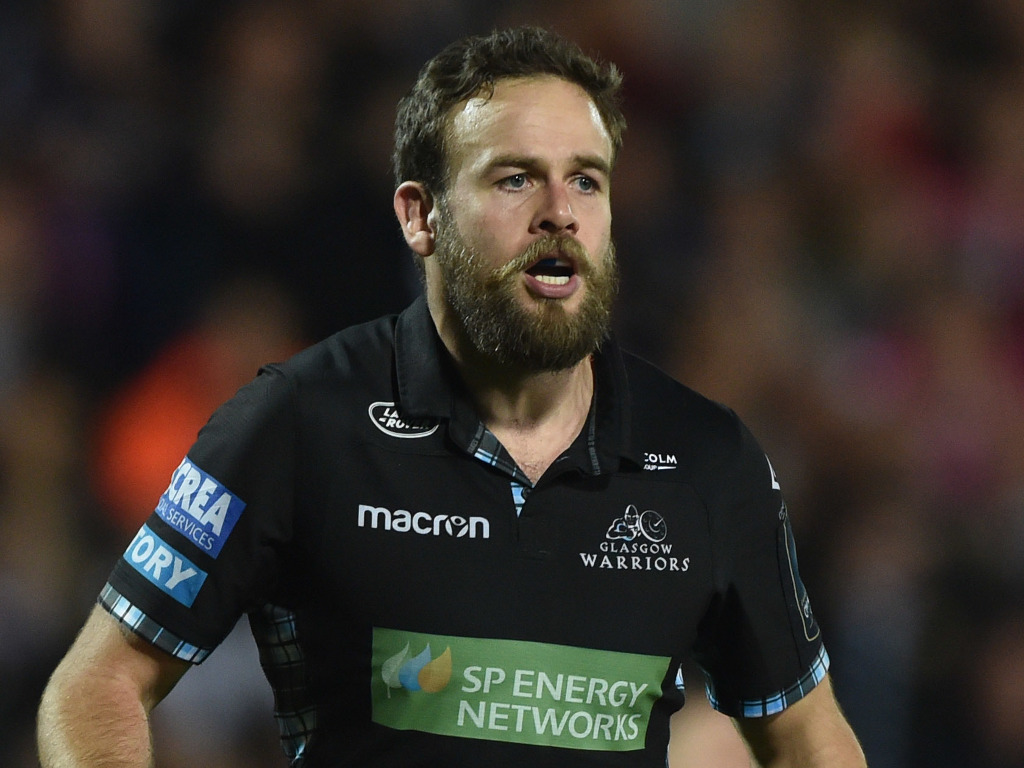 Glasgow Warriors centurion Ruaridh Jackson has announced that he will retire from professional rugby at the end of the 2019/20 season.

The 32-year-old has made 163 appearances over two spells with the club, having made his Glasgow Warriors debut against GRAN Parma back in 2006.

He returned to the club in the summer of 2017 following stints at Premiership sides Wasps and Harlequins, becoming a key component of Dave Rennie’s squad during his first season at the helm.

Equally comfortable at fly-half and full-back, Jackson’s experience and versatility made an instant impression upon his return as his form saw him voted as the club’s Players Player of the Season at the end of his first season back with the Warriors.

His tally of 499 points makes him one of the sharpest shooters in club history, with the former Robert Gordon’s College pupil sitting fifth in the club’s all-time points charts.

A confident operator both with the boot and with ball in hand, Jackson enjoyed a dream international debut back in 2010; the replacement fly-half held his nerve to kick a last-gasp penalty against Samoa in his hometown of Aberdeen, handing Scotland a narrow victory over the Pacific Islanders.

32 further caps for his country followed, a tally that included an appearance at the 2011 Rugby World Cup in New Zealand.

Jackson also had the distinction of representing Scotland at the 2018 Commonwealth Games, helping Scotland 7s to a sixth-place finish on Australia’s Gold Coast.

The centurion has made 12 appearances to date for the Warriors this season, scoring a brace of tries Leinster at Scotstoun back in November.

“It has been one hell of a ride,” Jackson told Glasgow Warriors’ website.

“From school and mini rugby coaches, Sean Lineen giving me the opportunity to sign my first pro contract, all the other coaches, medical teams, back-room staff that I have worked with throughout the years, I want to say thank you – you have all played a huge part in my career.

“I’ve been so fortunate to live out my childhood dream of playing rugby, not just professionally but for my country. It’s been a journey that has allowed me to travel the world, make some incredible friends and without doubt has given me some of the happiest days of my life.

“It is not the fairytale ending I may have dreamt about, but I want to say a huge thank you to everyone who has been part of my 14-year journey as it has truly been an incredible one. I have achieved more than I could ever have dreamed of, but it is now time to embrace a new challenge.”

Speaking following the announcement, Glasgow Warriors head coach Dave Rennie said: “Ruaridh is a top man whose contribution to our club has been immense.

“While most of his footy had been played at 10 historically, his impact at full-back for us over the past three seasons was impressive. He led our Creck, a group dedicated to driving our counter-attack, turnover and exit policies, where his composure and innovation created opportunities to attack from deep, whilst his ability to kick well off either foot was a real strength.

“An environmentally and community minded individual, Jacko has been a great role model for our squad regarding planning for life beyond rugby.

“We wish Ruaridh, Kirsten and their expected arrival all the best for the next stage in their lives.”