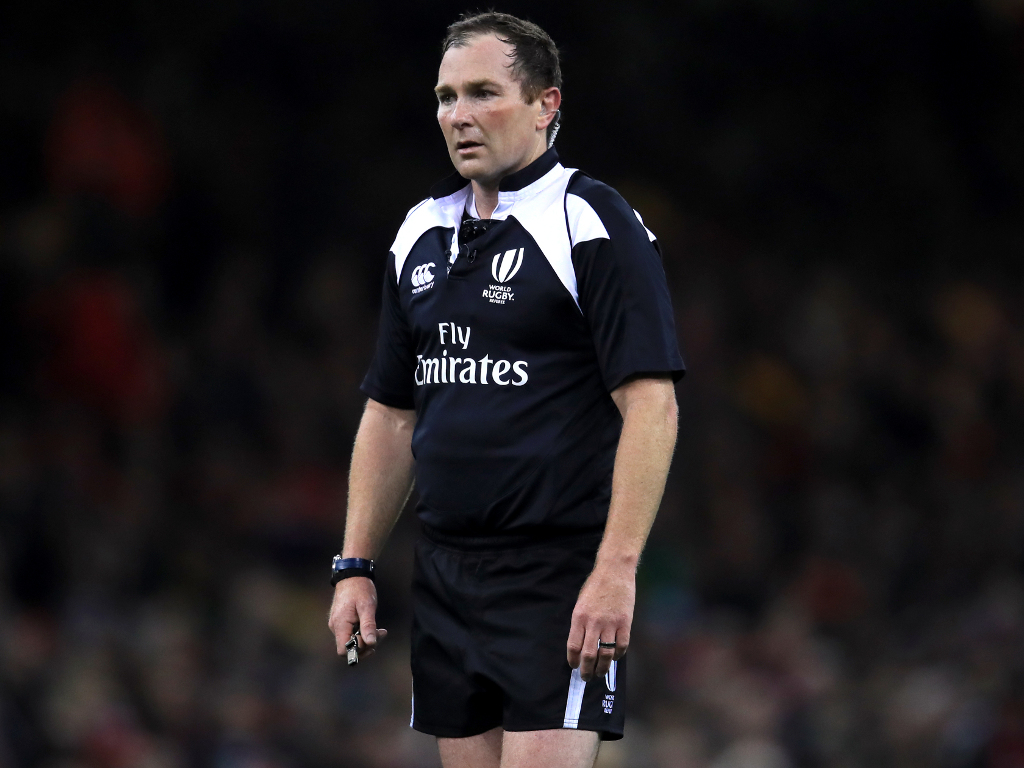 New Zealand’s Glen Jackson has announced that he will be retiring from professional refereeing after an on-field career that has spanned 25 years.

The five-time New Zealand Referee of the Year was the first Kiwi to both play and referee 100 first class fixtures.

A former Maori All Black, and Chiefs fly-half, Jackson began his rugby career in his home province of Bay of Plenty. He went on to play 60 matches for the Chiefs in Super Rugby before venturing north and making 159 appearances for Saracens in the Premiership. During his successful career abroad, Jackson won the coveted Golden Boot award for most points scored in the Premiership during the 2006/07 season.

After retiring from playing rugby in 2010 he returned to New Zealand where he continued his transition into refereeing. He debuted with the whistle in New Zealand at a Heartland Championship fixture in 2010 and climbed the ranks quickly, officiating his first Super Rugby match in 2011.

His first taste of international rugby refereeing was in 2012 when he took charge of the England v Fiji match at Twickenham in London.

🙏🏼 We take a look back at Glen Jackson's 25 year career as both a player and referee following news that he has hung up the whistle.

Jackson, who has been involved in some coaching with the Bay of Plenty Union, said he hopes to continue his involvement in rugby after he steps back from refereeing in March.

“I feel extremely privileged to have worked as a professional referee for New Zealand Rugby over the last 10 years but I feel the time is right to finish and move onto something different but hopefully still be involved with rugby,” he told the All Blacks’ official website.

“I would like to thank Lyndon Bray and Bryce Lawrence for everything they have done for me and their support in making this decision. I think New Zealand refereeing is in a positive space with great leaders and fantastic young referees who I will miss working with.”

“Glen changed the shape of refereeing in our country when he became the first top class player to become a professional referee through the player scholarship system. Glen brought rugby nous to refereeing, strong relationships with players and coaches both domestically and internationally, and he added so much to our referee team culture by being a great team man,” he said.

“Glen has had a fantastic career in rugby, after 25 years at the top level it is time for his wife Fiona and children Payton and Ella to have more time together and I thank his family for their amazing support which has allowed Glen to travel internationally and referee on the biggest stages.”

Jackson will travel to South Africa this weekend to attend a SANZAAR referee camp and will continue to support the New Zealand refereeing group through to the end of March.