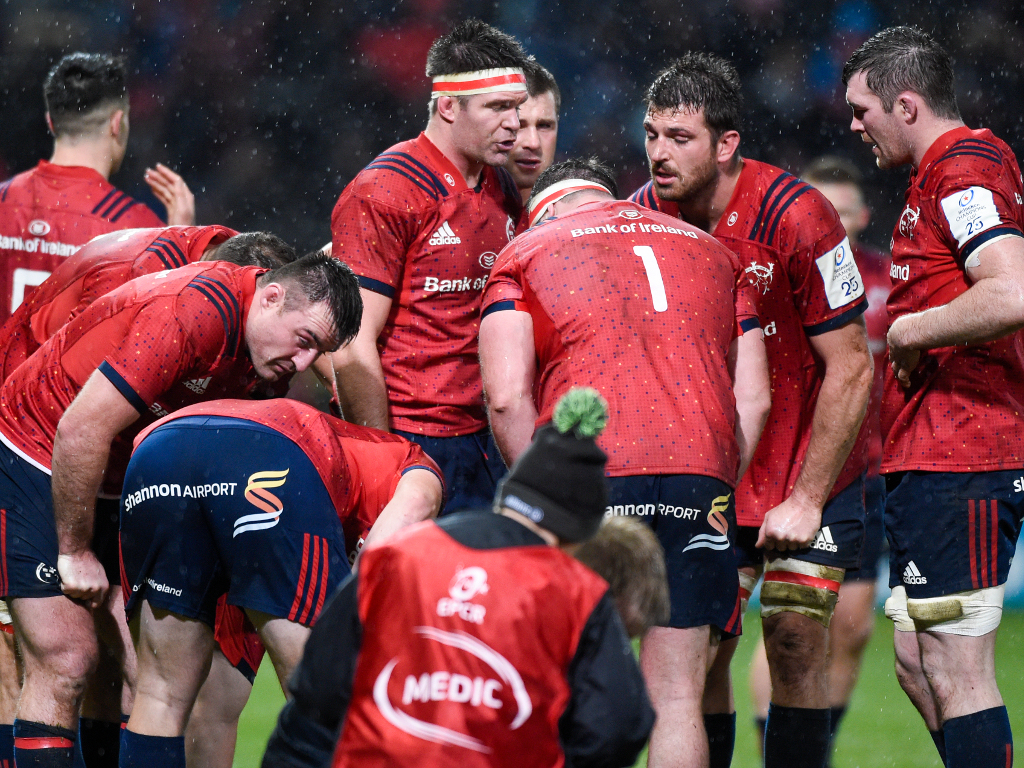 Munster head coach Johann van Graan played down the fact his side did not keep Saracens out of bonus-point range in their game on Saturday.

The Irish province won 10-3 at Thomond Park in a close-fought affair against a Saracens outfit missing several key England internationals.

Second-placed Munster, who scored the only try through captain and flanker Peter O’Mahony in the 30th minute of the contest, trail Pool 4 pace-setters Racing 92 by a point and enjoy a five-point advantage over third-placed Sarries ahead of their return match at Allianz Park.

Afterwards Van Graan, asked if he was disappointed that Saracens had managed to take a losing bonus-point from the game, said: “We will take a win against Saracens any day of the week. Right from the start we knew this pool was going to be tight.

“From our point of view we are still unbeaten in the group. An away win with a bonus point over the Ospreys, a home win against Saracens and a draw against Racing, so it is going to go right down to the wire.

“The only thing we can control is next week against Saracens again in London. I am very glad about the win, very tough conditions in that last 50 minutes of the game.”

Munster lost replacement back-row Arno Botha to a late red card for leading with a forearm into Saracens’ Nick Tompkins.

Van Graan said of the incident: “I will have to go and have a look at it again. Initial thoughts, the referee didn’t have any choice. Look, it happens so quickly, it was literally instinct.

“It was actually such a great carry and unfortunately if his forearm made contact with the head the referee doesn’t have any decision to award a red card. Obviously he feels bad about it, it happens in a split second and we will just have to look at it.”

Saracens director of rugby Mark McCall said his feelings on the low-scoring encounter were mixed, admitting: “A mix of being very pleased with a lot of things, the effort, the togetherness we showed, the ability to bounce back from a number of things that went wrong in the game, that was really good.

“A bit of frustration because having got ourselves into a situation where we had the elements in the second half and only a seven-point deficit, it is probably something we will look back on and be frustrated that we could not have done better in the second half.”

McCall felt the losing bonus-point keeps the Champions Cup title holders in the mix for qualification from the group, despite suffering their second away defeat of the pool stages.

“It is probably out of our hands to a degree. We need to win next week. We do know Munster have a tough game away to Racing in round five. There is definitely hope, but next week is huge for us and we’ve got to win next week.”