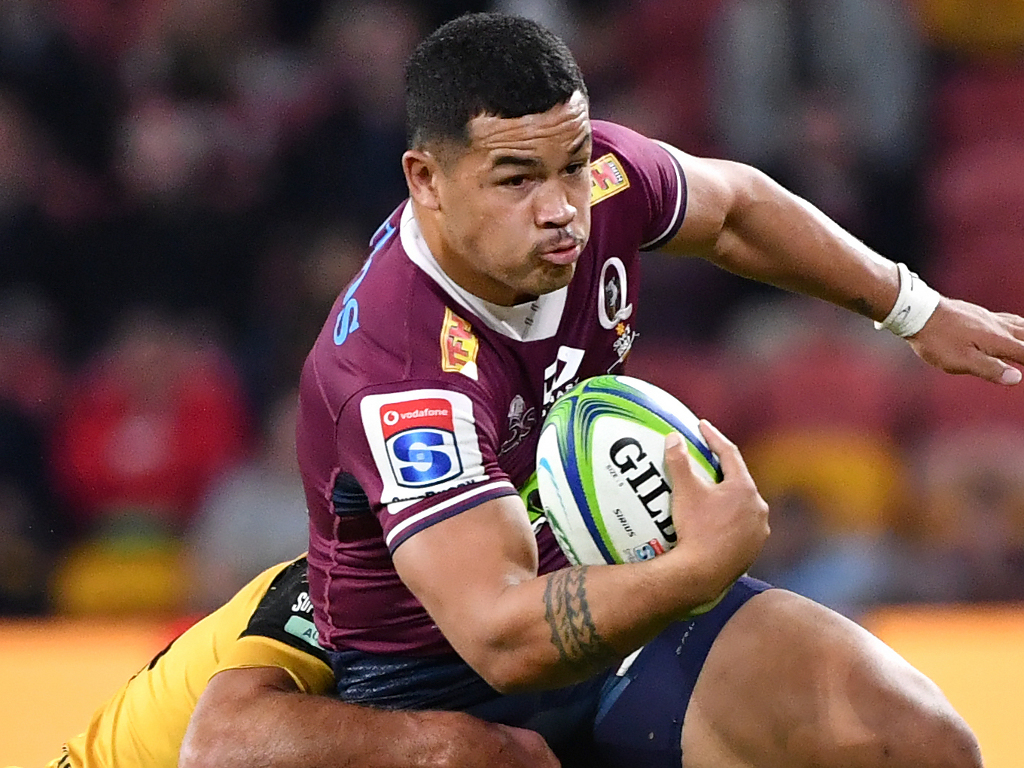 Uncapped Reds trio Hunter Paisami, Harry Wilson and Filipo Daugunu will make their debuts for the Wallabies after Dave Rennie named his first side to take on the All Blacks in their Bledisloe Cup Test at Sky Stadium on Sunday.

Brumbies playmaker Noah Lolesio meanwhile is in line to make his debut too, after being named on the bench for the Wellington clash.

Rennie, who won back to back Super Rugby titles with the Chiefs in his first two years at the New Zealand franchise, has largely opted for experience in the key positions, resisting the urge to throw the likes of Fraser McReight and Tate McDermott in the mix despite eye-catching performances in Super Rugby AU.

But the Wallabies have received a blow, with world class back Jordan Petaia held back after failing to prove his fitness after an injury last month. Both he and Dane Haylett-Petty are expected to be fit for the second Test in Auckland a week later.

Rennie said the team was picked with an attacking mindset, but emphasised the need to defend well to have a chance of beating the All Blacks.

“We’re all well aware of the power in the game the All Blacks will play.

“We’re trying to grow this side, not just for this weekend but for the future.

“We’ve put a lot of emphasis around defence though and we know that’s going to be really important. The teams that have beaten the All Blacks in the past have limited [teams] to less than 15 or 16 points. That’s our challenge.”

Rather than throwing Lolesio to the wolves, Reds playmaker James O’Connor will play his first Test in the number 10 jersey since he played fly-half against the British & Irish Lions in 2013.

“James has got better and better at 10,” Rennie said.

“I’ve been really impressed with him. He understand the game inside out, he’s really clear on his role, he’s been demanding of others.”

He will be partnered in the halves by experienced scrum-half Nic White, who wore the number nine jersey throughout last year’s World Cup. Jake Gordon is in line to play his second Test, after beating uncapped livewire McDermott on the bench.

Rennie said that Gordon’s game-management had given him the nod over McDermott.

“Like a number of spots it’s tight,” he added. “I thought Tate was excellent for the Reds, he’s a real impact player and his ability to attack.

“In the end we looked at Jake who has a better kicking game. We figured that would be really important in pressure situations. There’s not a lot between those guys.”

Veteran playmaker Matt To’omua has been selected at inside centre and will provide a steadying voice for Paisami – the 22-year-old explosive Reds centre, who less than two years ago was sleeping on the couch of his agent’s office – at outside centre.

Paisami has been thrown in the deep end after his Reds team-mates Petaia ran out of time to prove he was fit to play 80 minutes against the All Blacks after suffering a hip flexor injury against the Brumbies in the Super Rugby AU final last month.

Brumbies flyer Tom Banks will play just his seventh Test after being selected in his preferred position of full-back.

Banks will be joined in the back three by last year’s John Eales Medalist Marika Koroibete, while Reds flyer Daugunu will partner him on the right wing.

Wilson was the breakout star of 2020, spinning heads all year including Crusaders coach Scott Robertson, who said that he had “fallen for” the Reds back-rower.

He will be joined by captain Michael Hooper in the back-row, as well as Pete Samu who makes his return to the side after being controversially looked past in 2019.

In the tight-five, Taniela Tupou’s explosiveness and stellar year for the Reds has seen him promoted ahead of Allan Alaalatoa.

He will partner James Slipper and hooker Folau Fainga’a in the front-row.