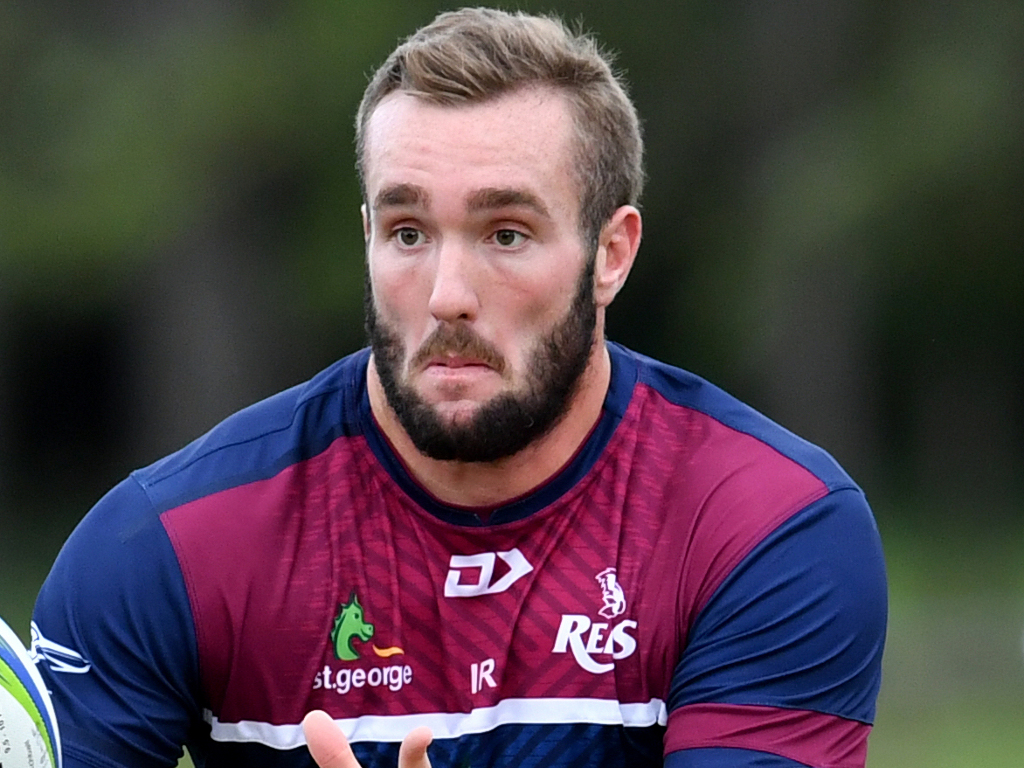 Reds trio Izack Rodda, Harry Hockings and Isaac Lucas are seeking termination of their contracts over a claim of “repudiatory” conduct from the Queensland Rugby Union (QRU) and Rugby Australia.

A statement released on behalf of the trio on Friday morning claims that the QRU had no legal basis to stand them down after they refused to agree to salary cuts and sign up to JobKeeper.

While the remainder of their team-mates and Australia’s 189 other professional rugby players agreed to an average salary cut of 60 per cent until the end of September, the trio were receiving their full pay until last Friday.

Rodda was among a group of six players granted the option of taking an overseas sabbatical ahead of the 2023 Rugby World Cup in a bid to recoup some of the financial losses.

On Monday, as the Reds returned to training, the QRU took the decision to stand them down, something that their management claims is “repudiatory” conduct and grounds for termination.

There were suggestions that Rodda was looking to move to a different Super Rugby franchise, just eight months into a four-year deal, but Friday’s statement appears to put paid to that.

All professional contracts are tripartite agreements between Rugby Australia, the team and the player and any termination would spell the end of their time in Australian rugby, at least for now.

Both Rodda and Lucas are signed on long-term deals while Hockings is off-contract at the end of the year.

All three players are represented by Anthony Picone but a number of other players he represents did agree to the salary cuts as part of a deal inked between players and Rugby Australia last month.

Picone represents a number of players who have looked offshore in recent years, including Samu Kerevi and Campbell Magnay, the latter of whom is now back in Super Rugby.

🗣️ "We will keep an open dialogue with them." #SuperRugby

In Friday’s statement, Picone took a swipe at the QRU for taking the dispute to the public.

“It is disappointing the QRU chose to air the issues publicly,” he said.

“Given the parlous state of rugby in Australia and Queensland we offered the organisation the opportunity to deal with these matters in private and confidentially. This offer was rejected.

“It would be wise for the Reds and RA to maintain amicable relationships with these players. The future is uncertain, but we should always have as many players in the tent as possible.

“South Africa have jumped the gun on us in this space and they won the World Cup with a unified squad selected from all around the world.”

Picone said the uncertain future of Australian rugby, and its ability to fulfil contracts, was a factor in the decision.

“This is their livelihood. It is only reasonable that talented players want to secure stable employment during these times,” he said.

“Izack Rodda, Harry Hockings and Isaac Lucas respect and support their teammates in their decisions and understand that each individual player will assess the situation in relation to their own circumstance.”

Rugby Australia and the QRU were not aware of the statement before it was released.