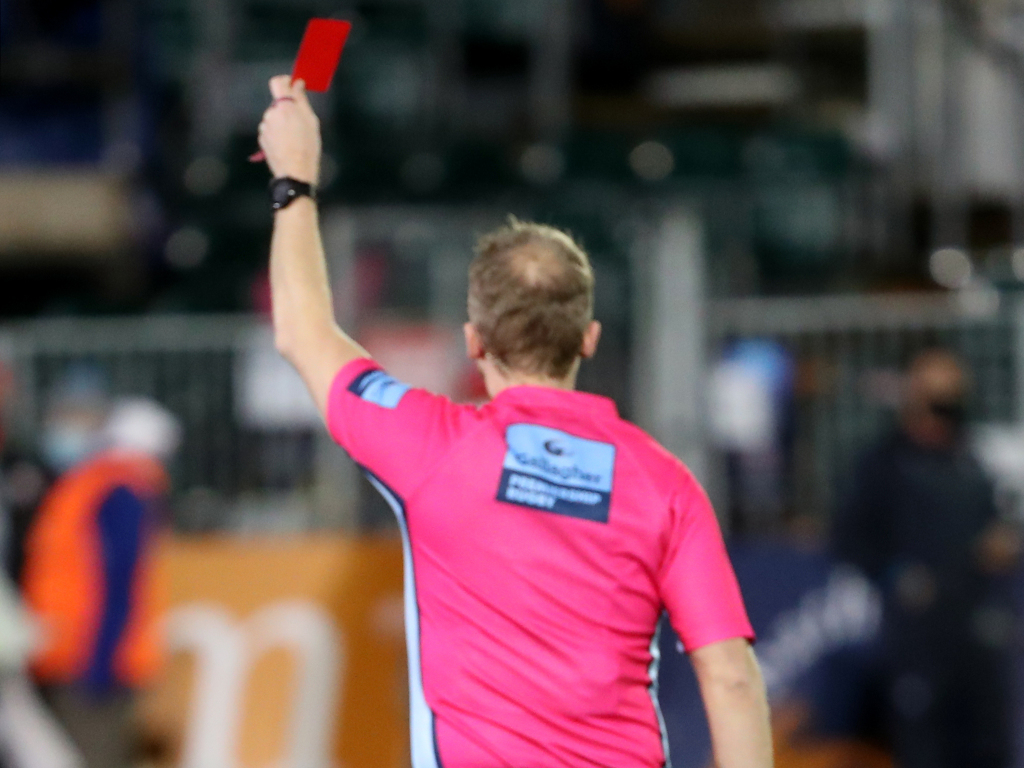 The red cards came the day after two players were sent off in Bath’s win at Gloucester.

Blackett said: “With the game getting bigger and faster, it’s becoming increasingly important to look after the players.

“All three players today made contact with the head so realistically there can be no complaints as players’ safety is paramount.

“I think the players are adapting to what is required but this weekend has been a wake-up call with two dismissed at Bath last night and another three here today.”

Jimmy Gopperth’s penalty and a try from replacement Tom Cruse was Wasps’ response as the visitors were comprehensively outplayed by a committed Leicester team.

Blackett said: “From the offset we were a long way off the pace as they won all the collisions so we were never able to put any pressure on them.

“It’s a real tough one to take as there were no positives to take from the game as you can’t give away 19 penalties and expect to come away with anything.

“We were dispirited afterwards and we need to learn to have somewhere to go when things start to go against us.”

Hanro Liebenberg picks up the third red of the game and our fifth of the weekend. 🟥#GallagherPrem pic.twitter.com/Ct3uhjzeJh

Leicester’s director of rugby Steve Borthwick was delighted with his side’s performance.

“The players took huge steps forward today but we had a lot of ground to make up and there are still areas to work on,” he said.

“But we took on board the red card and continued with our game-plan and the maturity shown by the players on the pitch was outstanding.

“I’m not saying any of the sanctions that were given out today were wrong but I would point out there were over a hundred collisions in that game and only three were picked out.

“All three were for different types of offences but the referees have their protocols to follow.

“But what you can’t have is players jumping up and down and asking for red cards as I don’t think that is acceptable.”