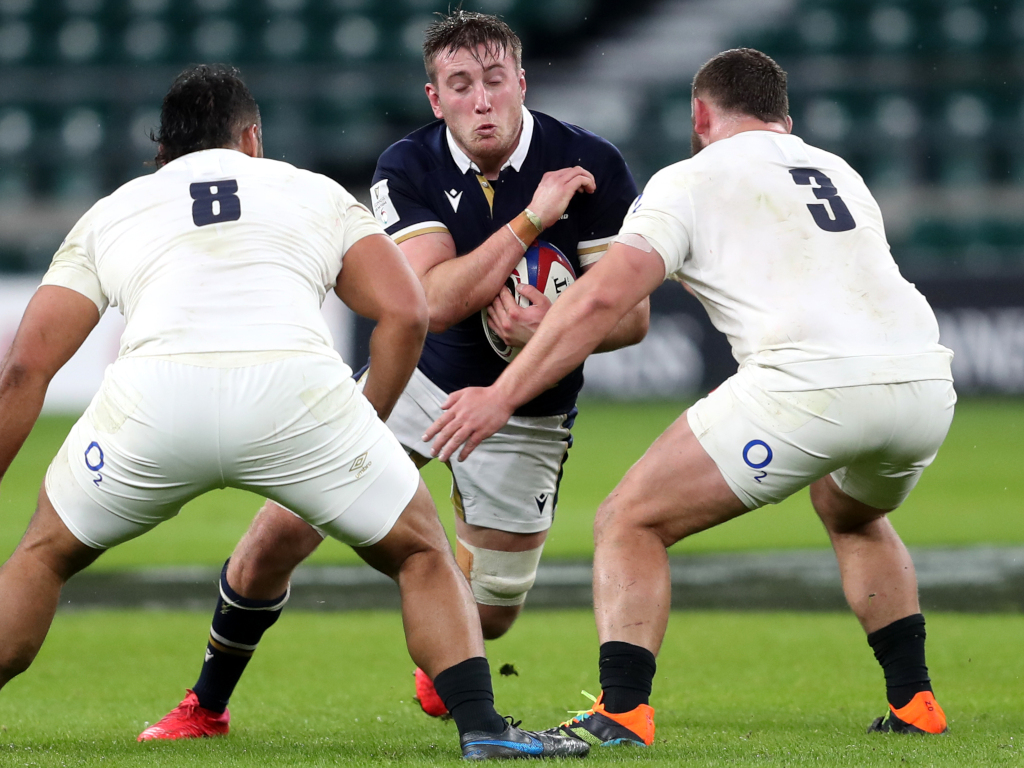 Five dismissals scarred the weekend’s round of Premiership action while two players have been sent off in the Six Nations – Ireland’s Peter O’Mahony and Zander Fagerson of Scotland.

It comes amid an ongoing crackdown on dangerous play, especially involving the head, as the game looks to reduce instances of concussion.

England resume their Six Nations title defence against Wales in Cardiff on Saturday mindful of the need to win the battle on the gainline, while understanding the zero-tolerance approach to any challenge involving the head.

“The only thing we can control is making sure we are disciplined in our practice in terms of the height of our tackles,” Mitchell said.

“That gives players a better chance to not be sanctioned, but ultimately you still really want to be dominant in your contact.

“The one way around it is that we continue to practise tackle dominance in the best possible way that is going to give the players the best chance of not receiving sanction.

“We can’t control the mitigating circumstances for slipping or sudden changes from high to low, so it’s a matter of making sure we practise the right height.

“It’s not something we paint up as a big picture and say: ‘Hey guys, look out for this’. That approach can be quite negative.

“Players take responsibility for their careers. They understand there are consequences, so for us it’s more about the practice of our tackle.”

Wales have opened the Six Nations with impressive wins against Ireland and Scotland, albeit while playing against 14 men on both occasions.

Head coach Wayne Pivac appears to have steadied the ship after his first year in charge produced a six-Test losing run and they are one of only two teams still capable of winning the Grand Slam, alongside France.

“A Wales Test week is one of the best and I’ve been through a few of them. They’re extremely competitive and require us to work really, really hard for each other,” Mitchell said.

“These games often go down to the wire. We’re really looking forward to it and wanting to show what we’re capable of for the rest of the Six Nations.

“Its one of those occasions that means a lot to both countries and the players. It’s something that countries can get behind.

“Both countries have had sustained success, but none of that really matters when it comes to playing against each other. The historical background is always there in the contest.

“Wales are playing really well. They’ve got good balance to their game and are more aggressive.

“Wayne’s been in the game a long time and you can clearly see his philosophy come through in terms of playing the game at speed and wanting to move the ball.

“Like any good coach, you have to learn quickly at the highest level when you don’t get things right.

“You have to take your hat off to him because at the moment they’re playing really good rugby.”