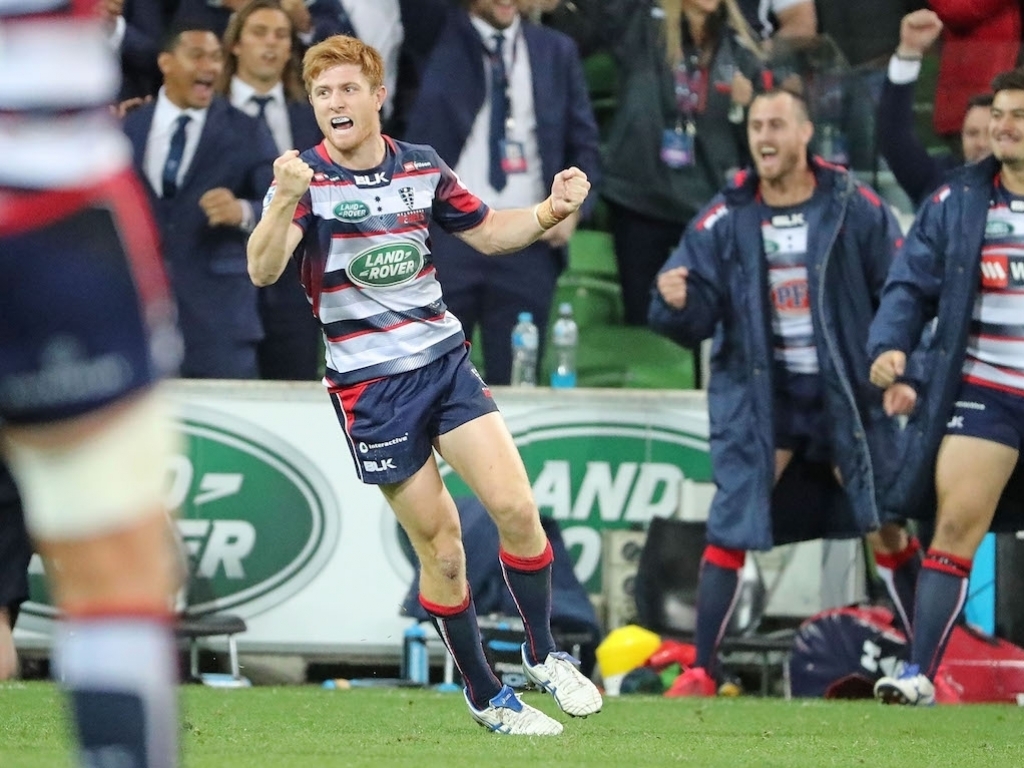 Stirzaker, Hanson, Cummins and home-grown talent Sa’aga have put pen to paper on contract extensions in a boost to the Rebels.

"Our squad for 2018 and beyond continues to take shape with four highly respected and quality individuals who will contribute to the Melbourne Rebels," Melbourne Rebels CEO Baden Stephenson said.

"Nic, James, Steve and Fereti have all significantly contributed positively to the club on and off the field during a challenging season."

Strizaker will line-up for his seventh season with the Rebels after the scrum-half signed his first professional contract with the club back in 2012, before his Super Rugby debut against the Highlanders just days after his 21st birthday.

Appointed captain in 2016, the talented skipper with strong leadership skills has amassed 58 Super Rugby appearances for the Melbourne Rebels, including six tries.

Hanson, a 12-Test Wallaby, will continue to provide vast experience to the Rebels front row with the hooker to return for a third season with the club.

The 28-year-old, who has made 27 appearances for the Rebels following his arrival from the Queensland Reds in 2016, recorded his 100th Super Rugby appearance earlier this season against the Waratahs in Round 5 at AAMI Park.

Cummins has been rewarded for his consistency in 2017 with a multi-year contract extension which will see him in Rebels colours until the end of the 2019 Super Rugby season.

Patience has paid off for Cummins, who has impressed to start all 13 games for the club this season after five appearances in the two previous years.

Sa’aga has capped off his debut Super Rugby season with a contract extension which will see the Victorian product and childhood Rebels fan remain in Melbourne until 2019.

Following his Super Rugby debut in the second round against the Hurricanes in Wellington, the Melbourne-born prop has shown maturity and consistency beyond his 22 years to make 10 appearances in his first professional season.