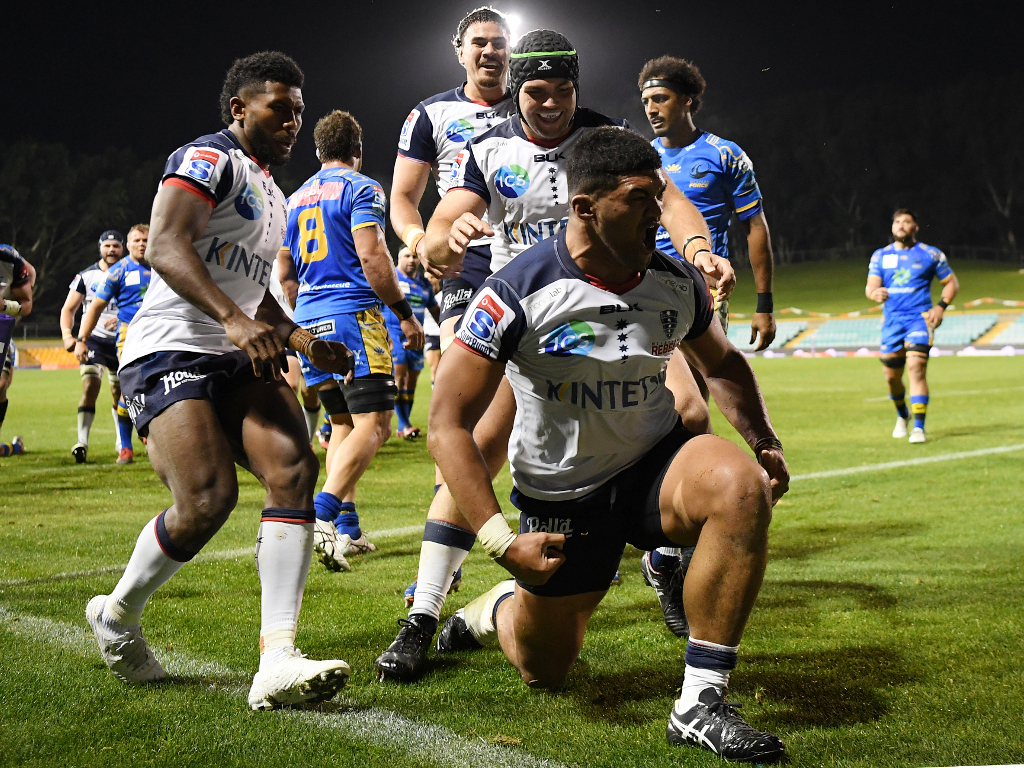 Isi Naisarani’s try sealed a 25-20 Super Time win for the Rebels over the Western Force in Friday’s Super Rugby AU game in Sydney.

As the scoreline suggests, this was a tightly contested match and momentum between the sides ebbed and flowed throughout, but the Rebels sealed their win early in Super Time after the sides were deadlocked at 20-20 after 80 minutes.

The Rebels outscored the Force three tries to two with Jordan Uelese and Matt Philip also crossing for five-pointers for the Melbourne-based outfit, while Matt Toomua slotted two conversions and a penalty and Reece Hodge also succeeded with a three-pointer off the kicking tee.

For the Force, Fergus Lee-Warner and Byron Ralston scored tries and Jono Lance contributed 10 points courtesy of two conversions and as many penalties.

The opening exchanges were evenly contested and the only points scored during the first quarter was a penalty from Lance in the 12th minute.

In the 15th minute, Brynard Stander went over in the left-hand corner, after trading passes with Feleti Kaitu’u off the front of a lineout inside the Rebels’ 22, but he had a foot in touch after a superb cover tackle from Cameron Orr.

The Force received a shot in the arm in the 25th minute when Naisarani was yellow carded for a cynical defensive foul inside his half. The men from Perth opted to kick the resulting penalty into touch and shortly afterwards they increased the lead courtesy of Lee-Warner’s try off the back of a lineout drive deep inside Rebels territory.

Despite that setback, the Rebels finished the half stronger and they opened their account when Uelese crossed the whitewash from close quarters after gathering a pass from Orr close to the Force’s try-line.

And on the stroke of half-time, Hodge landed a long-range penalty from close to halfway which meant the sides were deadlocked at 10-10 at the interval.

The Rebels were fastest out of the blocks in the second stanza and gained the upper-hand in the 50th minute when Thrush was sent to the sin bin for slowing the ball down illegally close to his line.

Three minutes later, the Rebels took the lead for the first time when Toomua slotted a penalty but, despite that setback, and their numerical disadvantage, the Force did not panic and struck back in style with a great try from Ralston. This, after Lance and Jack McGregor combined brilliantly, after a scrum midway between the halfway line and the Rebels’ 22, before the latter offloaded to Ralston, who had an easy run-in for his side’s second try.

The Rebels needed a response and that came on the hour-mark when Philip powered through two tackles before dotting down under the posts. Toomua added the extras which meant the Rebels were leading 20-17 but Lance drew his side level when he kicked his second penalty in the 64th minute.

The final quarter of regular time was tense as the teams went in search of the win and in the 80th minute Hodge lined up a 60-metre penalty. His effort fell just short of the crossbar and the Force put the ball into touch which meant the game went into Super Time.

The extra period started disastrously for the Force when their captain, Thrush, failed to gather the ball from the kick-off. The Rebels pounced and, after taking it through several phases, Naisarani went over for the match-winning try from close quarters.