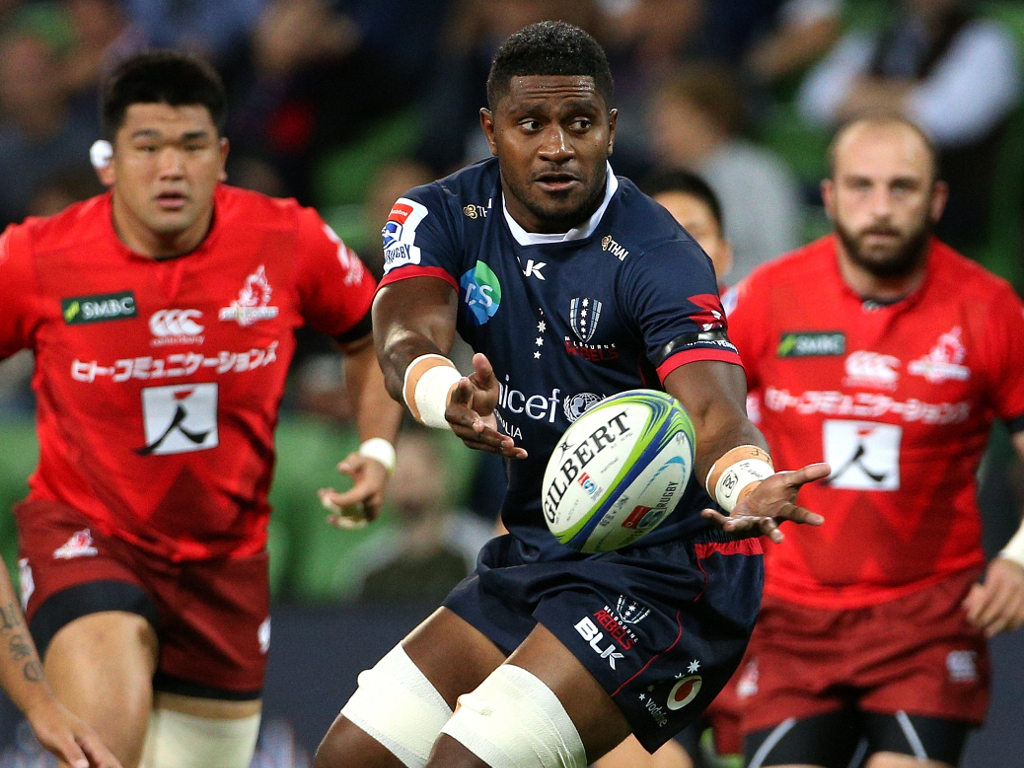 Melbourne Rebels number eight Isi Naisarani is set to make his 50th Super Rugby appearance, against the Western Force this Friday night after overcoming a hamstring injury that saw him sidelined for 12 weeks.

The inclusion of the Wallaby back-rower is one of several changes Rebels head coach Dave Wessels announced on Thursday from the team’s base in Terrigal.

“Every training session this week he’s (Naisarani) played like a World Cup final, so he’s absolutely raring to go and he’s going to be firing on all cylinders,” stated Wessels.

“We’re very excited to have him back.”

Former Bristol Bears flyer Tom Pincus will make his Super Rugby debut on the right wing, after captain Dane Haylett-Petty was ruled out through injury.

“He’s (Pincus) a good guy and has really fitted into the squad well,” said Wessels.

“He’s got a natural eye for the game, a good kicking game and very strong in the air – that’s probably his strongest point.“

“He fits into the team pretty seamlessly because he’s been training with us well before COVID, so he’s waited patiently for his opportunity, so I’m sure he’ll grab it.”

“One of the things we’re proud of is that we have blooded so many different players during this comp and I think for whatever reason that hasn’t been talked about much,” he said.

Where is your team sitting after round 4️⃣⁉️ 🙌

Pincus will have the calming influence of Reece Hodge in the backfield with the Wallaby hoping to nail down the 15 jersey with regular skipper Dane Haylett-Petty looking at a 4-6 week stint on the sidelines with a knee injury.

Elsewhere, Esei Haangana gets his chance to impress in the starting lock position, forcing out Wallaby Matt Philip.

“Esei came on a played well and we’re just trying to get the right time to blood young players and give them the exposures that they need, so that’s part of the thinking there with Esei.”

Brad Wilkin looks set to make his long awaited return to Super Rugby, named on the bench after recovering from another ACL injury.

“He’s gone through a hell of a journey to get back from his second ACL and just the way he’s gone about his rehab is a real credit,” explained Wessels.

“The whole squad is just really pleased to see him back because of the person he is but also the work he’s done to achieve that, so I’m looking forward to seeing him come on off the bench.

“Everybody who sees Brad play knows he has the potential to be something really special and we saw that when he was playing for us in those early couple of rounds – he was included in the player of national interest group on the back of those performances.

“He’s a dynamic athlete and he’s tough, so he’s everything you want in a flanker.”