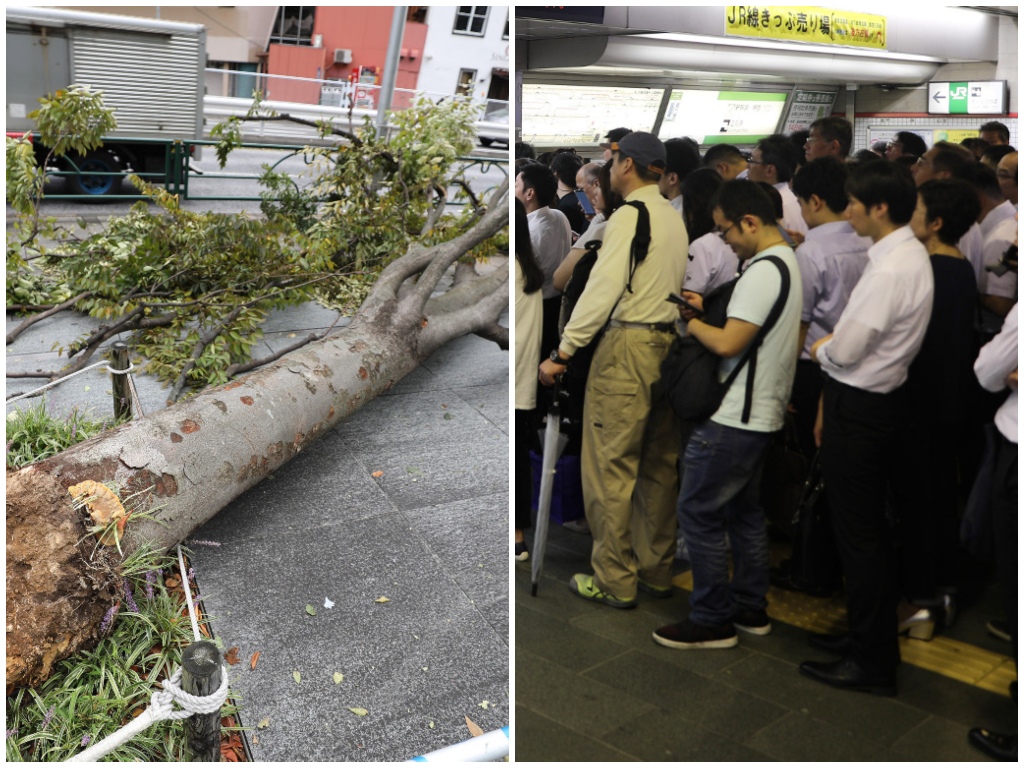 Never has a Rugby World Cup been played in a country where the possibility of a natural disaster been so real and life-threatening.

Japan has a history of suffering earthquakes, tsunamis and typhoons, and this month, when the World Cup begins, the threat is at its height.

Kansai international airport, on an artificial island in Osaka Bay, was flooded, a tanker was blown into a bridge, and travel was disrupted leaving thousands stranded.

Non-mandatory evacuation orders were issued to more than one million residents.

In June 2018 there was an earthquake in Osaka and the following month saw flash flooding and a heatwave in which many people died.

In September of that same year Japan suffered its biggest typhoon for a generation.

The flooding and tidal surges in the west of the country killed at least 11 people, injuring dozens more.

Shortly after a 6.7 magnitude earthquake in the north started landslides which killed 39 people, including in Sapporo where England face Tonga on Sunday, September 22.

According to Rugby World Cup tournament director Alan Gilpin, organisers have drawn up contingency plans for any natural disasters which may hit Japan.

In an interview in January, Gilpin stressed: “It would appear that it’s that first period of the tournament – when it is still typhoon season – that we’re likely to have some issues.

“That is the busiest part of the tournament, so we’ve got to be ready.”

He has previously said that organisers are ‘working through various scenarios’ but that it would be ‘unprecedented’ for a natural disaster to affect the whole country.

Miss any of our book excerpts? Fear not, here's the collection. #RWC2019

It’s not inconceivable that the final positions in a tight pool might be decided by, of all things, Mother Nature.

Aside from natural disasters, the likelihood of most matches being played in stifling early autumn temperatures and the ever-present threat of terrorism at a global event, one of the lesser – but more unique – challenges for organisers is players with tattoos.

The Japanese public associate tattoos with members of organised crime, the Yakuza.

Many players, such as England’s Jack Nowell and Courtney Lawes and many players worldwide, especially those of Pacific Island descent, have visible tattoos.

Gilpin said the tournament organisers were working to allay any fears the Japanese population might have and that players have been asked to cover up tattoos when out in public.