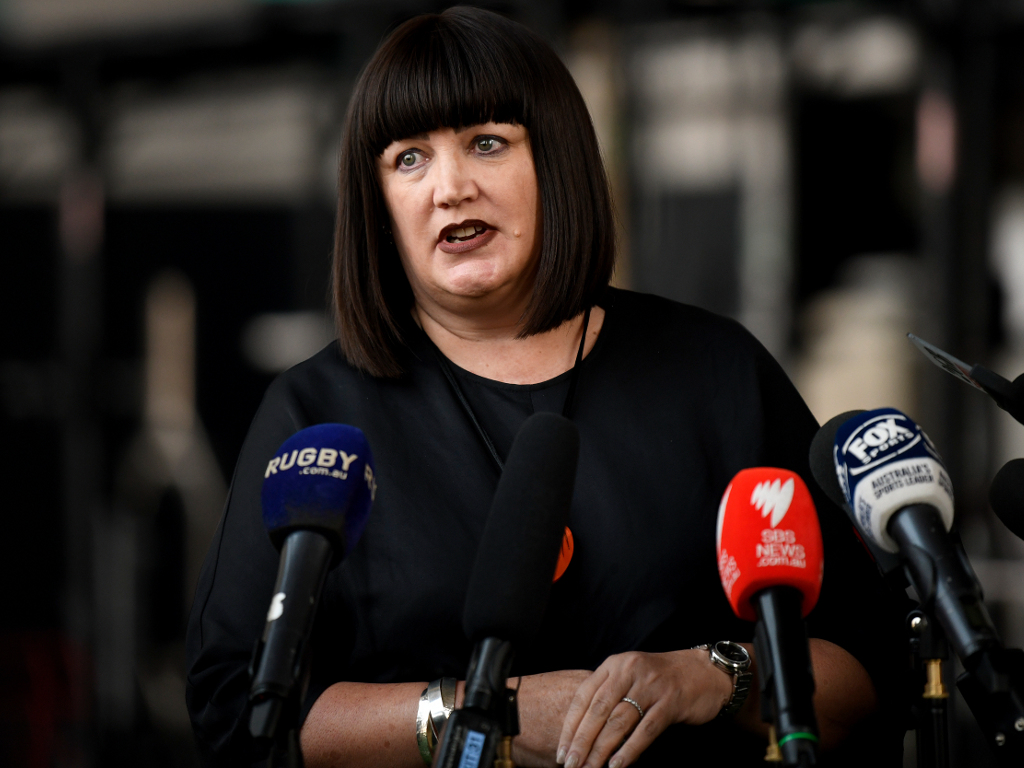 Rugby Australia chief executive Raelene Castle is battling to keep hold of her job, according to reports in the local media on Saturday.

The rumours come following a difficult period for rugby in the country, which was compounded by news Rugby Australia face losses of up to A$120 million ($71.94 million) if no more games were played this year. This comes on the back of the body announcing a near A$10 million loss in 2019.

Castle has been under pressure following her handling of the Israel Folau saga and there’s been noise in the media that Phil Kearns is a likely replacement.

This week she took a 50% pay cut while there was also the news that 75% of Rugby Australia staff would be stood down without pay for three months, due to the coronavirus outbreak.

Player wage cuts appear likely too as Rugby Australia issued a statement on Saturday saying they would meet with the Rugby Union Players Association (RUPA) to discuss that matter.

“Rugby Australia is continuing its negotiations with the Rugby Union Players Association (RUPA) in good faith regarding a short term pay deal with players,” it read.

“These negotiations have unfortunately been brought about as a result of the devastating impacts of the global COVID-19 health and now economic crisis, the circumstances of which have decimated global sport and business at all levels.

Pressure is growing for change at the top of Rugby Australia and Raelene Castle’s days as chief executive are looking numbered.https://t.co/APFUQ2Hn7x

“Rugby Australia today provided RUPA with the specific financial information requested that is directly related to the current financial situation facing the game as a result of this global pandemic.

“Following further discussions over the past 24 hours, Rugby Australia believes the financial information it has provided today allows RUPA to accurately advise the players on these negotiations.

“Rugby Australia has and will continue to act in the best interests of all its members, including players, for the greater good of the game. It has made significant cuts across the game, with cost savings of over 75% as a result of the announcements made earlier in the week on changes to its workforce.

“RUPA has today accepted an invitation to meet with Rugby Australia at 2pm AEDT tomorrow (Sunday) and we look forward to reaching a fair and reasonable agreement given the current circumstances the game is facing.”