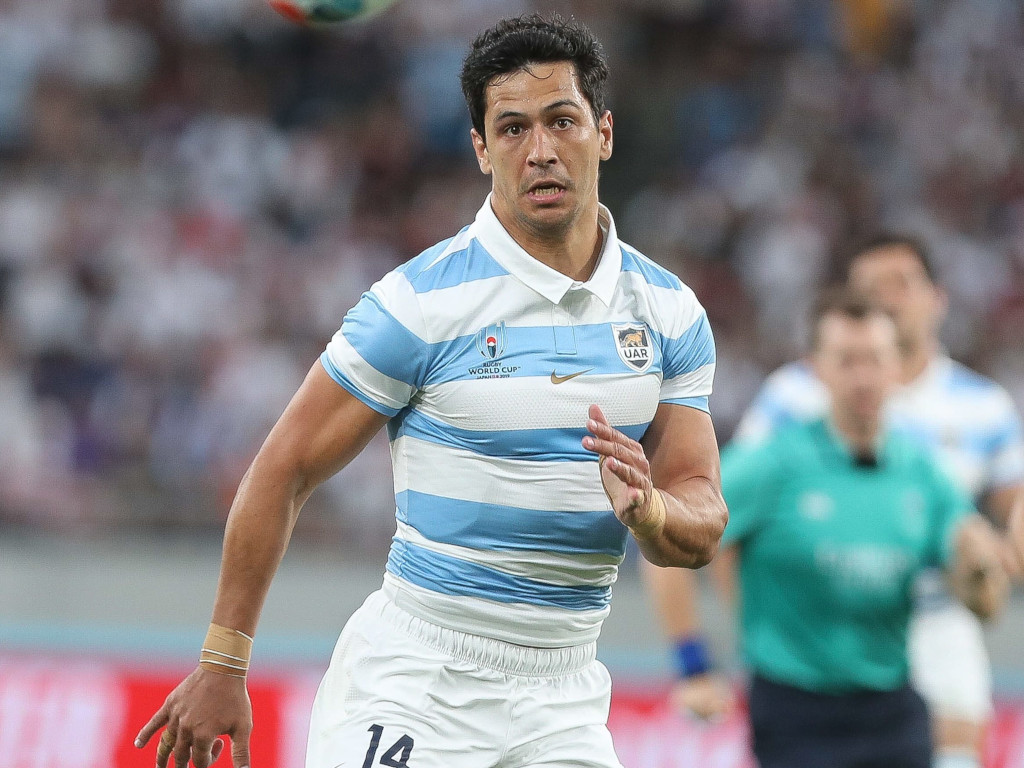 Leicester Tigers have continued their squad rebuild by confirming the signings of Matias Moroni, Kobus van Wyk and Kini Murimurivalu.

The news of the impressive trio inking contracts comes on the back of Luke Wallace and Guy Porter also agreeing moves to Welford Road.

Moroni, an outside back who can play at centre, wing or full-back, will join the East Midlands outfit from his home nation of Argentina.

He made his Test debut in 2014 against Scotland and has made more than 40 appearances for Los Pumas, including two successive Rugby World Cup campaigns in 2015 and 2019.

The entertaining back was a member of the inaugural Jaguares squad in Super Rugby, who he has represented for five seasons and featured in the 2019 Super Rugby Final against the Crusaders alongside his future Tigers team-mate Tomás Lavanini.

Speaking about the signing of Moroni, Leicester Tigers director of rugby Geordan Murphy said: “Matias is an exciting addition to our group here at Tigers and we are looking forward to welcoming him to Leicester.

“He has carved out an impressive career in the southern hemisphere, as well as featuring as a regular member of the Argentina squad since making his international debut and brings with him a wealth of experience.

“Our conversations with Matias have shown him to be an impressive man, who will contribute to what we are building at Leicester Tigers off the pitch, as well as on the pitch with his work ethic and skillset.

“It’s exciting to confirm his signature and we are looking forward to having him link-up with the new look group we have put together at Tigers, led by a well-balanced coaching group who can get the best out of them and see this club back to where we belong.”

👏🏽 The break & the pass from Jordie and that finish from Kobus Van Wyk. Just wow. #HURvHIG pic.twitter.com/bibIBM69sg

Meanwhile, 28-year-old Van Wyk is currently playing on the wing for the Hurricanes in New Zealand’s Super Rugby Aotearoa.

Born in Nababeep in the Northern Cape of South Africa, Van Wyk represented Western Province at U18, U19 and U21 levels before featuring in their run to the semi-finals of the 2013 Vodacom Cup.

He was a member of the South Africa U20s squad at the 2012 Junior Rugby World Cup and featured throughout their Cup-winning campaign in front of their home crowd.

In 2014, Van Wyk joined the Stormers squad ahead of the Super Rugby season and made more than 30 appearances there during the next two seasons. He also spent five months in France during 2016 as a medical joker for Bordeaux.

Van Wyk returned to South Africa ahead of the 2017 Super Rugby season to join the Sharks and made another 30 appearances over the next two seasons as well as representing the Durban-based club in the Currie Cup.

Earlier this year, he joined the Hurricanes in Wellington and has impressed in recent games.

“Kobus is a proven finisher with an impressive resume in the southern hemisphere, who we are excited to have join us at Leicester Tigers,” said Murphy.

“He is a big, strong and hard-working player with the qualities we are looking for on the pitch and an impressive man who shares the values we have here at the club and are integral to what we are building in Leicester.

“He is a versatile player who adds depth to our outside-back ranks and will arrive in Leicester after finishing up with the Hurricanes, where he has been impressive throughout the Aotearoa competition.

“Kobus will add a point of difference out wide and brings with him valuable experience, which is important and exciting as we build this new look Tigers squad.”

Murimurivalu, who is capable of playing at full-back or on the wing, joins the club from La Rochelle, where he made more than 130 appearances in eight seasons at the French side.

He was born in Suva and played his junior rugby in Fiji, while being educated at Queen Victoria School.

He was selected by Fiji U20s at the Junior Rugby World Cup in 2009, before being signed by Clermont Auvergne in France in 2009, where he spent the next three seasons.

The entertaining outside back made his international debut in 2011 against Tonga and has made more than 30 Test appearances for the Flying Fijians, including representing his home nation at three successive Rugby World Cups in 2011, ’15 and ’19.

In 2012, Murimurivalu moved to La Rochelle and has spent the past eight seasons in the south-west of France.

“Kini is an exciting addition to our squad and someone I am sure will light up the Premiership while representing Leicester Tigers,” added Murphy.

“He is not only entertaining in attack but also a physical, strong defensive player and adds a wealth of experience to our side.

“I was fortunate enough to play alongside some talented Fijians at Tigers, who bring just as much to a club off the pitch as they do on it and Kini will be no different from what we saw in our conversations with him.

“Alongside fellow new recruits in the backline, including his international team-mate Nemani Nadolo, and the class we have with the likes of George Ford and Ben Youngs, it is a new-look, promising group of players to work with, who we believe represent what this club is working hard to be about moving forward on this journey.”