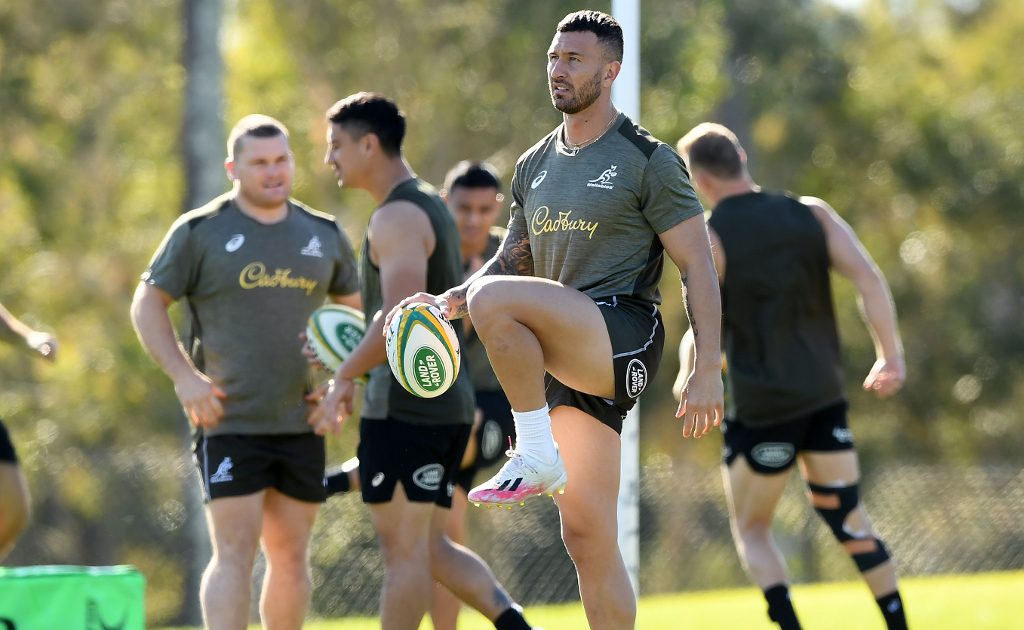 Cooper earned a shock call-up to the Wallabies squad due to border restrictions and James O’Connor’s groin injury. Although the 33-year-old veteran is considered as an outsider to be involved in Saturday’s Test against the All Blacks in Auckland, his experience is helping his younger team-mates during training.

“He’s had his detractors over the years, but one thing you can’t take away from Quade is he has an amazing rugby brain,” Hodge told AAP.

“And seeing him spending time with Noah (Lolesio) especially, and guys like Hunter (Paisami) and Lennie (Ikitau) – and even myself I’m still learning off him.

“He’s not shy in terms of coming up to you during a session or afterwards and offering advice and the way he sees the game.

“Even in the space of a couple of weeks his experience has been invaluable in terms of helping this squad out and hopefully we see the fruits of that over the next few weeks and also into the future as well.”

Australia last lifted the Bledisloe Cup in 2002 and although two of this year’s three Tests for the coveted trophy will be played in New Zealand, Hodge is determined for his team to finally taste success against their trans-Tasman neighbours again.

“I’ve spoken in the past about how lucky I and Al (fellow Wallaby Allan Alaalatoa) was being born in ’94 having grown up watching the golden era of Australian rugby,” he said.

“Ultimately that’s what inspired me to want to pull on the gold jersey growing up.

“It’s not lost on us how unique of an opportunity it is for us to really inspire that next generation coming through now.

“Those kids watching back in Australia on Saturday night who want to see Australia win, hopefully, we can be that team who can inspire that next generation of athletes coming through to want to be Wallabies and successful Wallabies.”