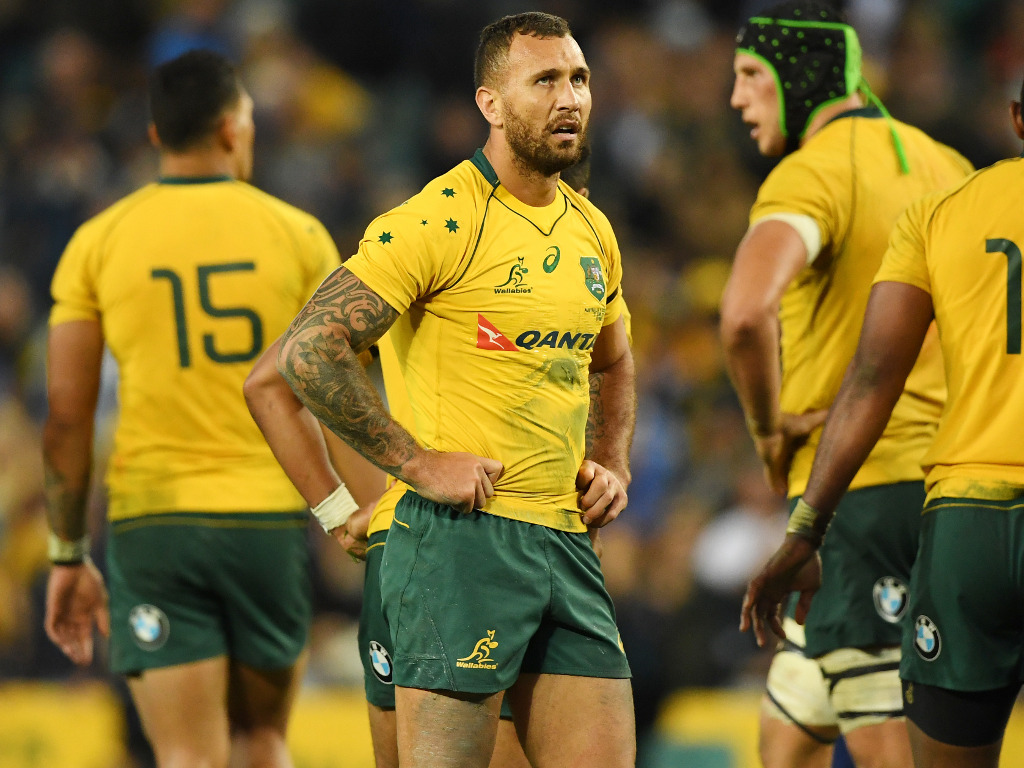 Former Wallabies fly-half Quade Cooper has admitted his infamous knee to the head of All Blacks captain Richie McCaw was deliberate, and spoken about struggling with becoming public enemy number one during the 2011 Rugby World Cup in New Zealand.

In a fascinating interview on the Ice Project podcast with childhood friend and former Penrith Panthers rugby league hooker Isaac John, Cooper opened up about the highs and lows of his career, including the experience of being New Zealand’s most hated man, his battles with Wallabies coaches Robbie Deans and Michael Cheika, and how he was frozen out at the Queensland Reds.

Cooper was loathed in New Zealand, the country where he grew up, during the 2011 Rugby World Cup after he appeared to knee McCaw in the head during a Bledisloe Cup match in Brisbane just prior to the tournament.

He was cited but beat the charge, and New Zealanders weren’t impressed. They not only booed the Wallabies playmaker for the entirety of the 2011 World Cup, but for years afterwards too.

Cooper repeatedly denied doing it on purpose but eight years on, he revealed the knee was deliberate and his mistake was not admitting it at the time. Cooper also said he’d apologised to McCaw a few years later.

“Yeah (it was on on purpose) but the stuff that happens on a footy field, that’s so small,” Cooper said on the Ice Project podcast.

“I have been punched in the head, kneed in the head, all that sort of stuff. But it was who you did it to, and already I was a Kiwi boy playing for Australia.

“They were already hating on me to start with. And then I go and knee the captain of the All Blacks, the untouchable, in the head. That’s just even worse.

“So I walked into New Zealand for the World Cup, and it was just like, I have never been involved in anything like that. I couldn’t go anywhere, I couldn’t walk.

“People were coming up asking for photos and things like this, but as soon as they were away, I was on the team bus and everyone was shouting, with signs, saying “I hope you break your leg, I hope you die in this game”. Things like that.

“I went from being well known to the most well known and the most hated. It was crazy. I look back at it now and I think, I wasn’t ready for it. And then I am standing in front of the public denying it all.

“If I had my time again, because I know how to handle it now, I’d just say: “yeah, I did it. So what?” Not so what, but it’s part of footy and it was a bad play but I did it. What can people say? Because people just kept hammering me because I said that I never did it. The question just kept going and going.

“Then a few years later I saw Richie in the airport and I went up to him and said: ‘Sorry about that’. It’s not that he didn’t care or did care, it’s just when I said sorry to him, I confronted it.

“I said: ‘I really looked up to you as a kid, you were my idol, everyone in New Zealand loves you, and I loved you. So when I played against you, it was just emotion, passion all that sort of thing took over. You were playing dirty on me and I kneed you’.” 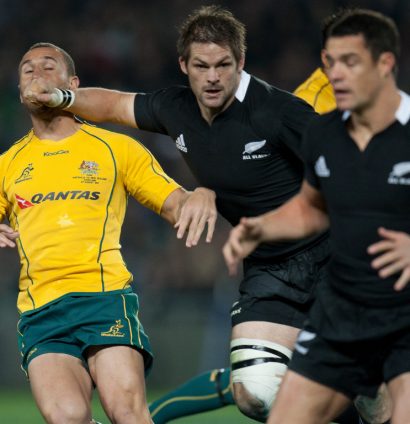 In discussing the various stages of his career, Cooper reveals he’d asked for a release from the Reds in 2009 because he was “so over losing” but Ewen McKenzie’s arrival re-ignited Queensland’s success and his love for rugby.

Cooper also revealed the background to when he was fined AUS$40,000 for labelling the Wallabies under Deans a “toxic environment” in 2012 saying it was a divided dressing room, with the young and old player groups at loggerheads.

“It was just a battle of power really, the locker room was just unsettled,” he said.

“There was always disagreements bro, it was a nightmare the environment. And that’s when I said the environment was toxic, because I didn’t like the way it was making me feel because everyone is just arguing.

Cooper said his relationship with Deans broke down when he was asked to play injured and was then criticised by the coach in the press conference after a win over Argentina.

“I took that and I ended up saying, basically ‘f**k you, you just thrown me out to dry and said you’re a s**t coach kind of thing. Not in those words, but I basically said that,” he added.

“I was frustrated with being injured, frustrated with the coach not having my back, I just felt abandoned a little bit. We ended up having a bit of a war of words and I ended up getting that big fine.”

Cooper also revealed how he’d been told he was not required by new Reds coach Brad Thorn in 2018, ahead of him spending a year playing club rugby in Brisbane.

“I think I was on too much money. Thorny just took over as the coach and he wanted the guys he wanted, but you’re not able to do that when he was paying me. So I think easiest way for them was to try and force me out,” he said.

🏉 'A bit of Cooper magic there'.@MelbourneRebels lead @Highlanders 19-12 at half-time in their @SuperRugby clash. This Jack Maddocks try, assisted by Quade Cooper, was one of 3 first half tries for the hosts.

“They said ‘Quade you are the fifth choice fly-half’. I sort of giggled. Because I was like what you are saying now has no merit, because you are just taking the piss now. I understand if you’d have said we prefer this guy over me.

“But saying that I am the fifth, you’re saying there are two guys at the Reds ahead of me and two club football guys ahead of me? You are just trying to make me pissed off and make me do something stupid here.

“They were hoping my ego would take over and I’d be like: ‘I am too good for this, I am too good to be playing club football, you can’t treat me like this’ and bit back.”

After moving to Melbourne Rebels for the 2019 season, Cooper was discussed as a potential World Cup selection but he revealed how he grew frustrated with Cheika’s confusing messages to him, and how he’d have preferred the Wallabies coach was honest and told him straight he preferred other players.

“We had a conversation on the phone about selection and I said ‘mate, the things you are telling me to work on, I am doing those things,” said Cooper.

“So if you are just not going to pick me, if you don’t like the way I play and stuff, that’s fine. Just tell me that and be upfront’.

“I remember him getting the s**s with that. We had a big argument. The same thing, Scott Higginbotham got off the phone with him and had the same conversation and he rang me and we said ‘bro, we had the exact came conversation’. Two guys never to play for him again.”