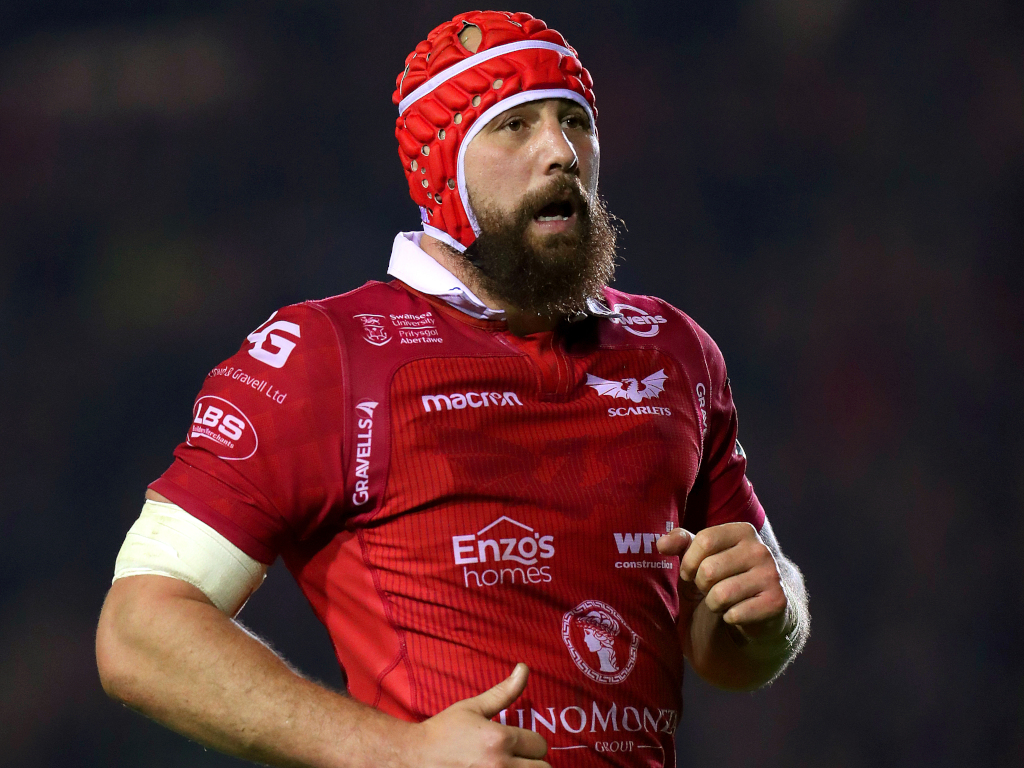 Scarlets have announced that Scotland international back-row Blade Thomson has signed a contract extension to stay at the PRO14 side.

The versatile player, capped 10 times at Test level, arrived in Llanelli from Super Rugby side the Hurricanes in 2018.

He has made 31 appearances, earning himself an international call-up to Gregor Townsend’s Scotland squad.

Thomson appeared for the Scots at the 2019 Rugby World Cup in Japan and has delivered some impressive displays in a Scarlets jersey this season.

“It is fantastic that Blade has signed a new deal with the Scarlets,” said head coach Glenn Delaney.

“Blade is a real athlete, a player who can produce game-changing moments as he showed in our derby win over the Ospreys over Christmas.

“He has proven himself at international level, is a player who has a lot of experience in Super Rugby and has grown into an important and influential member of our squad.”

Commenting on the new deal, 30-year-old Thomson said: “I am delighted to have signed a new contract with the Scarlets.

“Ever since myself and my family have arrived here, we have been made to feel welcome by everyone at the Scarlets, team-mates, staff and supporters.

“It has been a tough season for a number of reasons, but there is a huge amount of quality in the squad – experienced internationals and talented young players who have stepped up and made their mark.

“I am excited by what this group can produce in the coming years.”