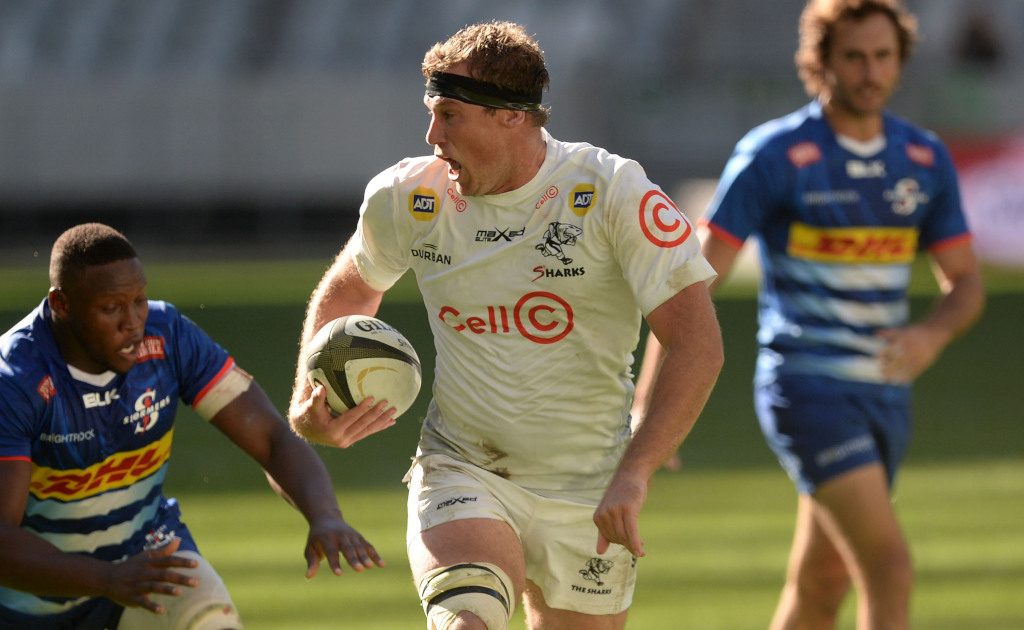 Reniel Hugo scored a hat-trick of tries as the Sharks recovered from a 23-7 deficit to beat the Stormers 33-30 in a hard-fought opener in the South African section of the Pro14 Rainbow Cup.

Tries from Herschel Jantjies and Rikus Pretorius got the hosts off to a flying start in their first match at the Cape Town Stadium but they then had Seabelo Senatla sent off and Willie Engelbrecht sin-binned.

The Sharks upped the tempo after the break as Engelbrecht received his second yellow card, and Hugo then went over three times in quick succession to turn the game in the visitors’ favour.

Yet the contest was still not over as a yellow card for the Sharks’ Jeremy Ward allowed the Stormers a route back.

Damian Willemse touched down as the Stormers reduced the gap to three points but the Sharks held on.

Later on Saturday, the Bulls began their campaign with a 22-9 win over the Lions at Loftus Versfeld.

The home side made a flying start when Chris Smith wriggled through a couple of tackles and sprinted over the whitewash from 20 metres out before converting his own second-minute try.

Two Fred Zeilinga penalties reduced the deficit to one point with the Bulls’ Janko Swanepoel seeing his try disallowed by the TMO after Embrose Papier was adjudged to have knocked the ball on.

Smith and Zeilinga traded penalties either side of half-time while the Lions saw EW Viljoen receive a yellow card for a deliberate knock on as the Bulls piled on the pressure.

The Bulls finally made their dominance count when Zak Burger darted over for his first senior try with the club, which was converted by Morne Steyn.

Madosh Tambwe had a try ruled out for the Bulls following a successful Captain’s Challenge, with the line-out ball deemed not to be straight, but Elrigh Louw went over late on to wrap up a 12th straight home win.