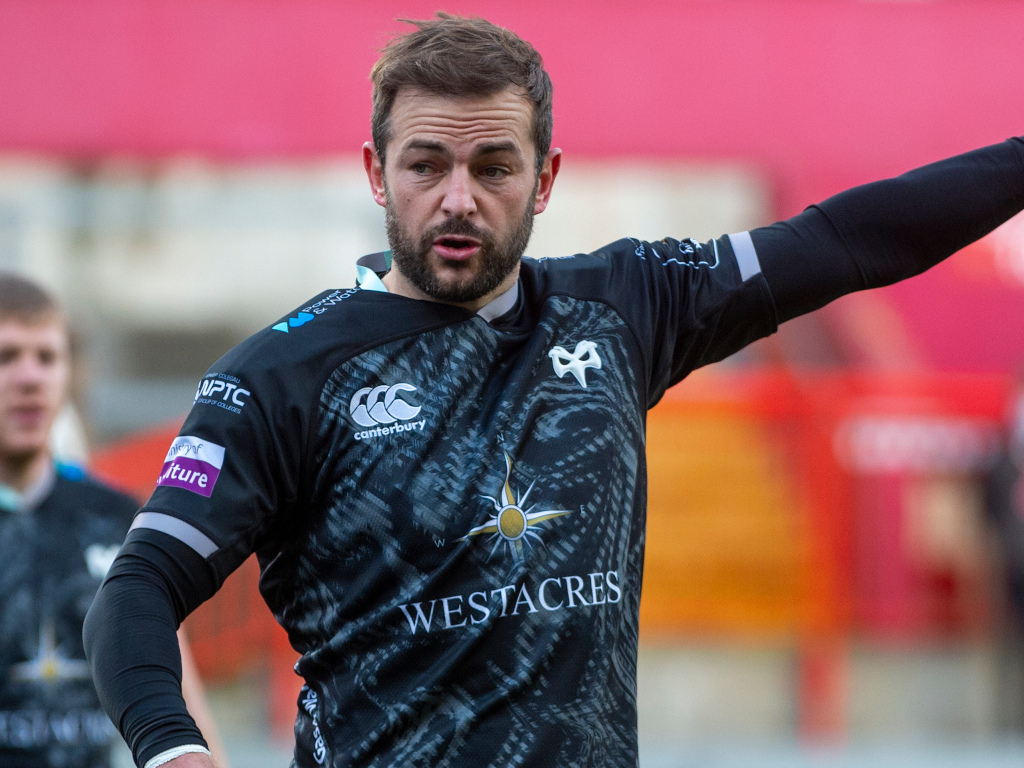 Cardiff Blues had to play with 14 men for 30 minutes as referee Ben Whitehouse hit them with three yellow cards in a 17-3 defeat to the Ospreys on Friday.

The visitors also picked up one yellow card but had a second-half penalty try to thank for seeing them over the line in the second round of three weekends of Welsh derbies in the PRO14.

Having been pipped 16-14 against the Scarlets last week, the Ospreys dominated up front to win comfortably.

The Blues were seeking to make it three wins in a row for the first time against the Ospreys since the regions were formed in 2003 and drew first blood at the end of a cagey first quarter which saw both sides kicking for position and mistakes.

The breakthrough came in the 21st minute when Hallam Amos bucked the kicking trend and led a breakout from his own half that saw Aled Summerhill and Tomas Williams carry into the Ospreys 22.

The forwards piled in and the visitors had to concede a penalty at a ruck to hold their line. Up stepped Jason Tovey and over went the first points of the game.

In the build-up to the move the Ospreys’ Welsh international centre Scott Williams picked up a left shoulder injury when he was cleaned out by Josh Adams and he had to leave the field. Tiaan Thomas-Wheeler came on to replace him.

Back-to-back penalties by the home side then allowed Stephen Myler to kick the Ospreys into the right corner and a well-set driving line-out maul ended up with hooker Ifan Phillips bagging the first try of the night. Myler added the extras to give his side the lead in the 32nd minute.

Dan Lydiate then had a terrible few minutes as he first conceded a penalty for taking out a player without the ball from the re-start. Tovey kicked to the corner and the Blues had two close-range line-outs to try to reply in similar style.

A crooked throw ruined their plans and then a scrum penalty conceded by former Ospreys tighthead Dmitri Arhip allowed the visitors to clear their lines. The Blues had one last attack before the break after Lydiate had been given a yellow card for leading with his forearm in a ball-carrying charge into Tovey.

Once again the Ospreys defence held out and they were good value for their slender interval lead. Myler was just wide with a kick from 45 metres five minutes into the second half and then it was the turn of the Blues to play with 14 men.

As Lydiate came back onto the field after his 10 minutes in the sin-bin, home lock Seb Davies trudged off after pulling down a line-out. Myler extended the lead with a simple penalty in the 56th minute and the Ospreys were dictating the pace of the game.

The extra man paid off at a line-out 10 metres from the Blues line and when the driving maul was pulled down illegally, Arhip got another yellow card and Whitehouse awarded a penalty try.

Arhip’s replacement, Scott Andrews, then saw yellow in the 68th minute at a buckled scrum to briefly reduce the home side to 13 men.

Earlier, Scarlets ground out a hard-fought 20-3 PRO14 victory over a resilient Dragons outfit in Llanelli.

Two second-half tries from number eight Sione Kalamafoni and replacement fly-half Sam Costelow was enough to get Glenn Delaney’s side over the line.

Dan Jones and Costelow also kicked 10 points between them, while all the Dragons could muster was three points from the boot of Josh Lewis.

The first half was a dour affair but the hosts began brightly with a scintillating break from Steffan Evans, although they were up against a resilient Dragons defence.

Scarlets and Wales second-row Jake Ball, who this week announced his departure back to Australia at the end of the season, left the field with a knee injury after 16 minutes, while Ryan Elias was also forced to leave the fray early.

Scarlets enjoyed most of the territory and possession but they struggled to break down their hosts, with numerous handling errors undermining their efforts, while Dragons openside flanker Taine Basham was a menace at the breakdown. It was the Dragons who opened the scoring after 13 minutes when Lewis slotted over a penalty after Javan Sebastian was penalised for offside.

The Dragons were full of confidence and sent the Scarlets defence into disarray when Wales squad member Jonah Holmes burst 50 metres upfield after cutting inside Tyler Morgan. He was eventually brought down and the ball was turned over by Scarlets, who cleared their lines.

It took the hosts 29 minutes to get on the scoresheet courtesy of a penalty from Jones after the visitors transgressed at the breakdown.

Keiran Hardy sparked Scarlets just before the break with a quickly-tapped penalty which was put through the hands, stretching the Dragons defence.

But they were unable to get full rewards for their efforts and had to make do with three points from Jones’ boot, meaning the hosts held a slender 6-3 lead at the interval.

Scarlets began the second half with a renewed sense of purpose as they lay siege to Dragons’ try line but repeatedly they were repelled.

The home side finally crossed the whitewash in the 57th minute when a five-metre lineout was taken by replacement second row Tevita Ratuva.

The Fiji international cleverly turned the ball inside for Kalamafoni to charge over from short-range, with Jones adding the extras.

Dragons refused to admit defeat and pierced the Scarlets defence with a powerful break by Jack Dixon into the home side’s 22. However, the attack came to nothing due to an impressive turnover by Ratuva.

Scarlets sealed their win with a terrific individual try from Costelow, who dummied and went 30 metres to score a try which he converted himself.