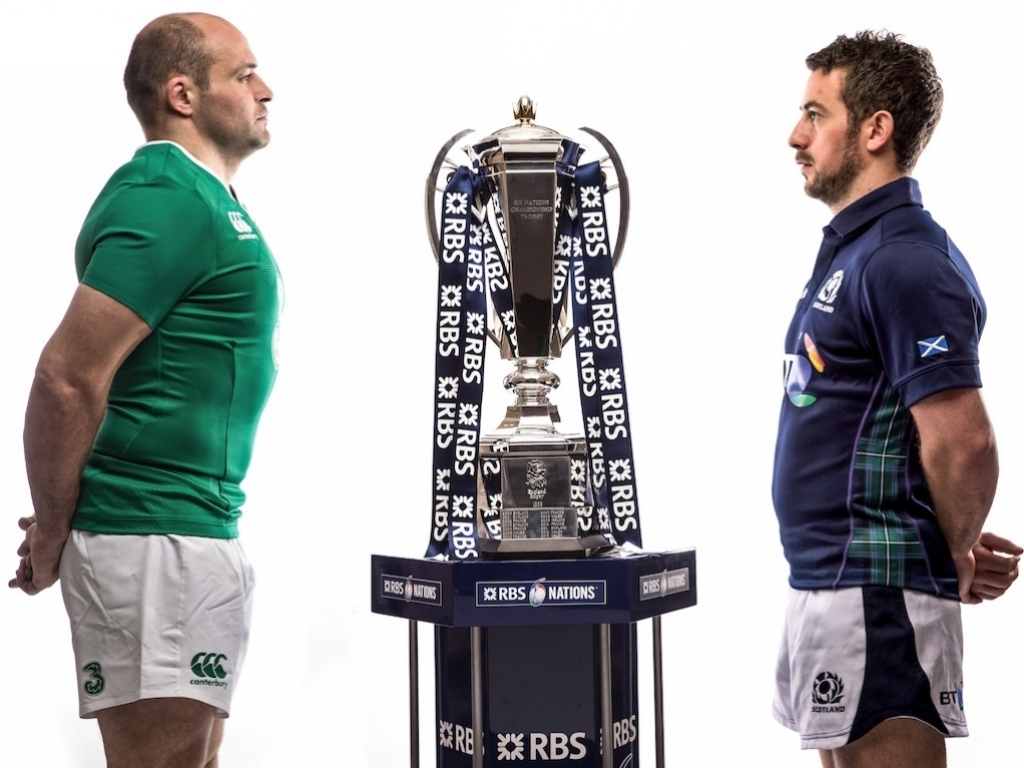 For a Six Nations finale where neither the Championship nor Wooden Spoon are in play, there is a lot riding on Saturday’s clash in Dublin.

Scotland, fresh from ending their record breaking run of losses with back to back wins over Italy then France, travel to Ireland to take on a team under Joe Schmidt who need to bow out on a high.

For Vern Cotter’s men, the importance of this Aviva Stadium clash cannot be overstated, as they look to prove that their transformation from also-rans to genuine European heavyweights is real.

A first win over France in a decade certainly went some way to backing up a promising World Cup, but a third straight victory would be an even bigger step.

Not since 2006 had Scotland beaten les Bleus, but more importantly, it was the last time they won three games in the Championship.

They can match that this weekend, but face an Irish team which finally cut loose last weekend, putting Italy to the sword.

The Scots will be a lot tougher to break down, but there was a freedom to Ireland which had been absent up to now.

It is certainly easy to overlook how close Ireland have been to a very successful Championship.

It's worth giving our betting preview to the final round of Six Nations fixtures with Betsafe a read, which is available on the Betsafe site. You can also find All Black legend Sean Fitzpatrick's thoughts ahead of the games, and Planet Rugby's too.

Despite some major absentees, they managed a draw with Wales, a one-point loss in Paris, and gave England a real scare before going down at Twickenham.

A third straight title was beyond them, but they are not as far off the pace as their early results showed.

Against Scotland they will certainly be tested up front, and defensively, but it was only a year ago that the Irish dispatched Scotland with ease.

Since then the Scots has brought in a couple of key players, not least WP Nel, but the loss of Jonny Gray could really hurt them.

Still, if they are to really stand out as a force in Northern Hemisphere rugby, they need to be competitive at the very least on Saturday.

For Ireland: He’s only playing because of an injury to Rob Kearney, but as last weekend proved, Ireland don’t have a more entertaining player to watch than Simon Zebo. He’s not a typical Joe Schmidt player, but particularly from full-back he is the type of player who frightens defences. If he can go some way to matching opposite number Stuart Hogg on Saturday, he’ll be worth the price of admission. Elsewhere the return of Tommy O’Donnell is a signal of intent against the outstanding Scottish back row. He will be charged with the negating the impact of John Hardie, but after Josh van der Flier’s recent displays, it’s a bold call from Schmidt.

For Scotland: Andy Nicol described Stuart Hogg as arguably the player of the Six Nations, and while that might be a stretch, he has certainly been a standout throughout the Championship. Playing witih confidence, he is a lethal running threat, and with his long-range kicking, is crucial to the Scottish game plan. Meanwhile there is a lot of pressure on Tim Swinson, who steps into the shoes of Jonny Gray for this one. The younger Gray brother is about as consistent as they come, and replacing his close carrying and non-stop tackling will be tough. Swinson has to prove he’s the man for the job.

Head-to-head: Hogg grabbed most of the headlines, and is a man in tremendous form, but Scotland’s win over France was in large part thanks to a scrum which picked up penalties at will. WP Nel has rightly earned huge praise since breaking onto the Test scene, both for his scrummaging and his carrying ability, even if he was bumped off by a full-back on Sunday. However it was propping partner Al Dickinson who shone against les Bleus, earning a number of penalties that brought crucial points and field position.

Up against Jack McGrath, who is now deservedly first choice loosehead, and the hugely-experienced Mike Ross, the scrum battle should play a huge role in the final outcome.

Prediction: The popular choice would seem to be tip Scotland for a third straight win, but it’s a big ask to beat Ireland in Dublin. With Jonny Gray and Finn Russell missing, this might be a step to far for the Scots. Ireland by five.