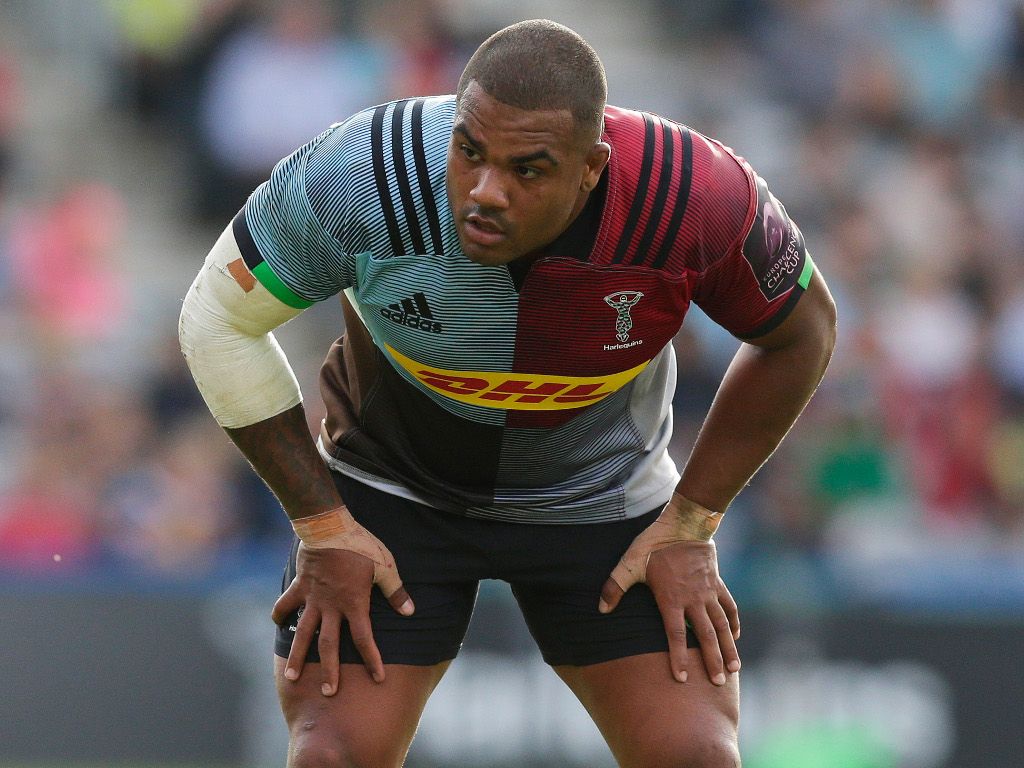 Round Nine of Premiership Rugby gets underway on Friday night when Harlequins play host to table-toppers Exeter Chiefs at Twickenham Stoop.

The tighthead prop re-joins the Quins front-row alongside Joe Marler and Dave Ward for this fixture.

The rest of the forwards initially remained unchanged from the side that lined up against Worcester Warriors last weekend with James Chisholm again leading the side at number eight.

Gabriel Ibitoye makes a welcome return from injury on the wing in a backline which sees Danny Care and James Lang start as half-backs and Francis Saili at inside centre.

Meanwhile, Exeter Chiefs’ director of rugby Rob Baxter has stuck with a largely unchanged side from that which saw off Gloucester last weekend.

The pack of forwards remains untouched, while there are three changes in the backline.

There are starts for Joe Simmonds at fly-half, Sam Hill in the centre, plus a Premiership debut for winger Tom O’Flaherty. Simmonds takes over from Gareth Steenson while Hill comes in for Ollie Devoto and O’Flaherty replaces Santiago Cordero.

Steenson and Devoto have been included on the Chiefs’ replacements bench.

Form: Harlequins have won just twice in Premiership Rugby since Round One – at Gloucester in Round Five and at home to Newcastle in Round Seven. The Londoners have won just three of their last nine home games in the tournament. Exeter Chiefs’ only defeat in any competition this season is 25-29 in Castres in Round Two of the European Champions Cup. The Chiefs have not lost away from home in Premiership Rugby since a visit to Wasps on 18 February. Exeter have won their last eight Premiership Rugby matches against Harlequins since ‘Quins won by a single point in 59 at Sandy Park in May 2014.