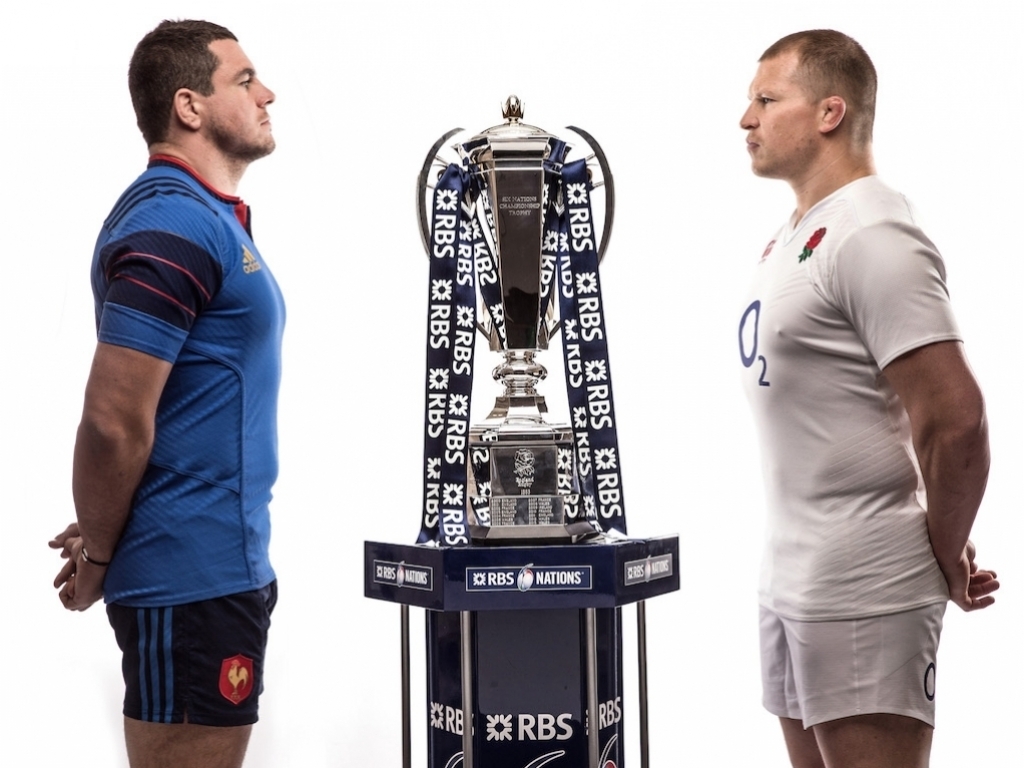 England head to Paris eyeing Grand Slam number 13, and their first since 2003, against France on Saturday in the Six Nations.

The attitude of Eddie Jones and his players this week towards wrapping up the Championship hasn't been arrogant. There's a burning desire to get the job done.

England captain Dylan Hartley and the majority of this still youthful squad head to the French capital with those regrets from coming second so often in their back pocket, knowing a chance to make history awaits.

England have arrived at this point on the brink of a Grand Slam thanks to both adding some backbone to their pack and real endeavour to the attacking game, as much as by virtue of their opponents' shortcomings. They have been by some way the best side in a fairly average tournament.

Now, as they've preached all week, it's time to finish the job – not something England exactly have a proud record of doing with a Grand Slam on the line over the last 20 years.

Remarkably they will do so with Joe Marler involved – opinion still divided over how he escaped even a week-long suspension for his "gypsy boy" slur at Samson Lee.

World Rugby's Code of Conduct is crystal clear when it states any person "shall not do anything which is likely to intimidate, offend, insult, humiliate or discriminate against any other person on the ground of their religion, race, sex, sexual orientation, colour or national or ethnic origin".

It's bizarre, at best, that despite that clear explanation Marler will take the bench in Paris. World Rugby's request for more information means the matter isn't over.

For now Eddie Jones has done his best to keep his squad focused on the job at hand, and by dropping Marler to the bench along with Ben Youngs to bring in Mako Vunipola and Danny Care, he intends for England to start fast before protecting the lead, despite that being a recent issue.

France will have to be ready for that quick opening as they round off a tournament that has had moments of promise, but overall has been another failure.

Guy Novès still has extensive renovations to carry out but he's battling against the deep-rooted issues French rugby faces in the Top 14, and to expect a miraculous turnaround after the World Cup shambles would have been asking too much.

France are certainly trying to play with more endeavour as possessing the highest number of offloads in the tournament indicates, except what that doesn't account for are how many of those have failed, unlike the fact that France have conceded the most turnovers.

The effort of les Bleus isn't at fault. It's that they look exhausted, because of a schedule that cripples them before the first whistle. Vunipola and Care's selection indicates a fast pace, and there's doubts whether France can keep up with that.

Slow the game down and France have hope, backed by a crowd whose support is vital. Denying the rosbifs a Grand Slam after another frustrating tournament would be something at least to savour.

For France: A tinker to the back row means a promotion off the bench at number eight for Loann Goujon. The La Rochelle back-row last made a start for his country in the 2015 Six Nations before dropping to the bench and missing the Rugby World Cup. At 194cm and 110kg Goujon offers the bulk France miss without Louis Picamoles. The more he manages to get France on the front foot behind England's defence, the better. Just how effective Wesley Fofana can be out on the wing also remains to be seen.

For England: Lost in the aftermath of England's win over Wales was a shaky performance from George Ford. Flashes of his best form were overshadowed by poor decisions and basic errors. England's option to use two playmakers in Ford and Owen Farrell has worked better in this tournament than any time under Stuart Lancaster, but it's well known that Jones' preference is for Manu Tuilagi to fill England's number 12 role. Only one fly-half can survive that cut.

Head-to-head: The two captains. Guilhem Guirado has been a shining light for France, comfortably their best player, and any doubts about this appointment as captain before the tournament are now long gone. France's lineout also ranks the best statistically in the competition.

The same can also be said regarding pre-tournament worries for Dylan Hartley, although he'll never be everyone's favourite player. Hartley has quietly gone about his business but also added the bite England were looking for under the Jones era. His calm exterior shouldn't be confused with the motivational work he's doing behind the scenes.

Prediction: If only France were in better shape. England have made enough improvements and had enough close shaves and second-place suckerpunches to not be caught out again. France don't appear good enough, yet, to take the Grand Slam away from them, even at home. England by eight.