Home Champions Cup Premiership the priority over Europe for Saracens 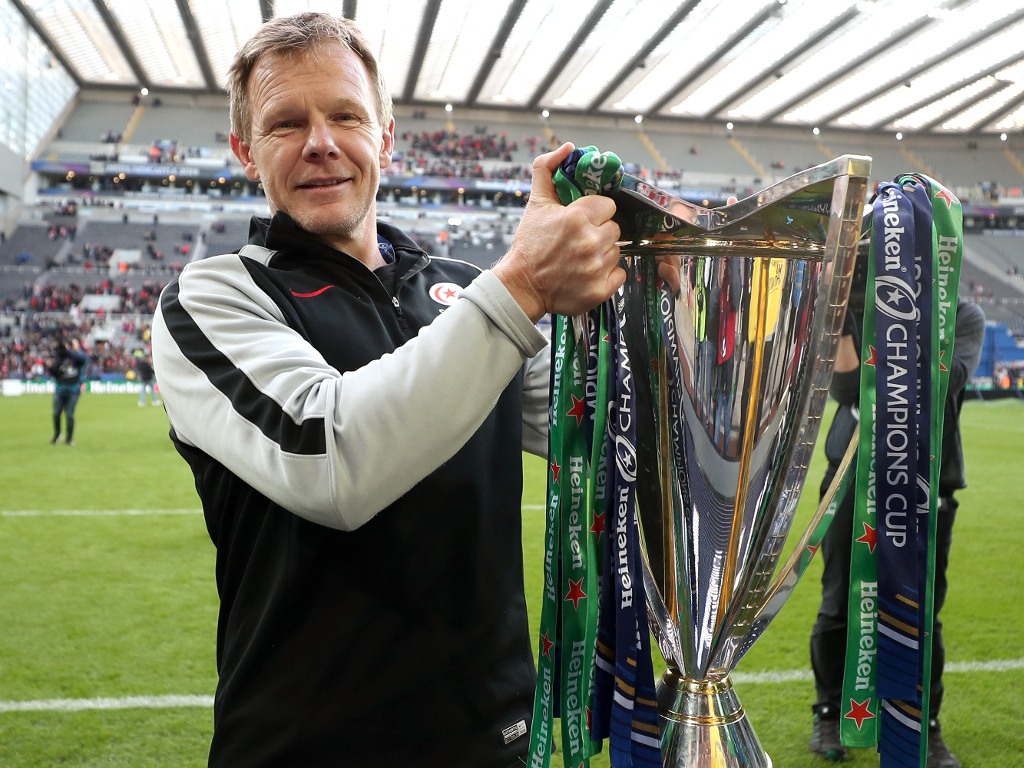 Saracens director of rugby Mark McCall has made a shock admission that his squad is likely to put their European title defence to one side this season, instead focussing on Premiership survival.

McCall revealed the news after beating Gloucester 21-12 at Kingsholm on Saturday, saying this year’s priority was now avoiding relegation from the top flight.

The visitors, who are appealing against a 35-point deduction and a fine of more than £5million for breaching salary cap rules, ground out a deserved victory thanks to tries from Nick Tompkins and Ben Earl, with Manu Vunipola adding three penalties and a conversion.

Saracens failed to turn up for the 2019/20 season launch of the Champions Cup and Challenge Cup in Cardiff on Wednesday, the day after the punishments were imposed, but McCall did face the media on Saturday and revealed he was likely to field a youthful-looking team in the defence of their European crown.

“Despite the appeal, we have to plan for the worst-case scenario so to avoid relegation is now the priority ahead of European rugby,” he said.

“We are not planning on breaking up our squad and most of the England players were in on Tuesday as they love the club, but the conversations with them may be a bit different now as some of our younger players deserve a chance in Europe.

“I haven’t read too much in the papers and we can’t control what people are saying, but today I think it’s one of our best wins as I can’t believe how switched on the players were.”

McCall felt his side “took toughness to a whole new level” as he described the Kingsholm crowd as “quite quiet”.

There was still plenty of anger directed towards the visitors from the stands, though, with the Saracens team greeted by a chorus of boos as they took to the field and a group of home fans in The Shed waving fake money.

But Saracens coach Alex Sanderson felt his side were galvanised by the reception.

“We accept the hate we are going to get, but we think it is misplaced and misguided,” he said.

“We used the anger directed at us to fuel our motivation and, whilst it won’t last for too long, we’ll use the negative energy to inspire us as, at present, emotions are running very high.”

“They have a DNA that works for them and they were better than us despite having to play under considerable pressure,” he said.

“We started well but didn’t get the points and after that we lost the scrum and line-out battle and couldn’t get our game going.

“Defensively they were tremendous and tactically they out-kicked us, so we have to take the defeat on the chin as you need to be at your best in this competition and we weren’t.”