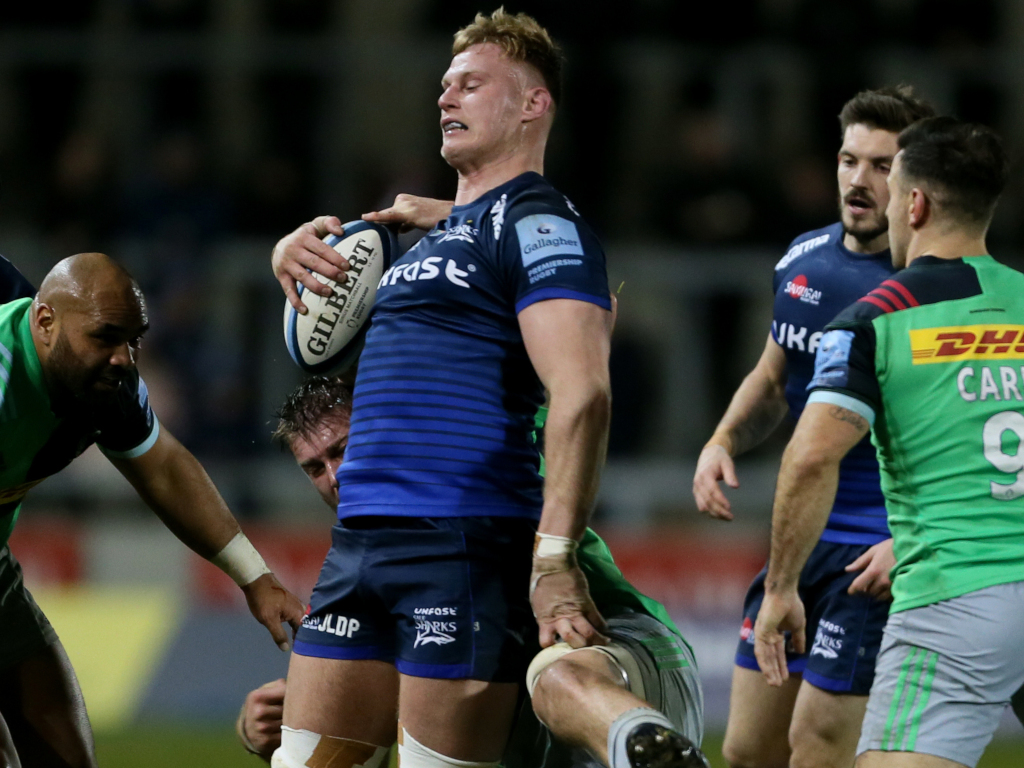 Premiership Rugby have confirmed that the competition will return on Friday, August 14 when Harlequins take on Sale Sharks at the Twickenham Stoop.

The fixture at the Stoop will end the longest hiatus in Premiership history of 159 days.

A day later four more matches will take place before a packed weekend of action ends when Northampton host Wasps on Sunday, August 16.

Clubs will have to prepare players for midweek fixtures, with a minimum turnaround of four days, but Premiership chief executive Darren Childs insists all 12 teams have been hugely supportive of plans to ensure the final nine rounds of the 2019/20 season are completed.

He said: “The reaction has been really positive. It was very clear early on we wanted to keep the integrity of competition and, if possible, we could avoid cancelling rounds and awarding points.

“There has been a lot of conversations about how we deal with those demands, but every single club is absolutely on board and totally supportive of this schedule and excited we have found a way.

A major concern, given the packed schedule, will be player burn-out and Phil Winstanley, rugby director at Premiership Rugby, admitted the league were trying to be proactive with how to manage the load.

He confirmed talks were continuing with the Rugby Football Union’s director of performance rugby Conor O’Shea and Damian Hopley, chief executive at the Rugby Players’ Association.

“The clubs have been really in favour because competition integrity is important to any outcome of a season,” Winstanley said.

“I think clearly we would have rather not played games initially, but working with Conor and Damian for midweek games, we are very proactive with that and need to look at how that loading works and we are engaging with the directors of rugby over how that works.

“Whether it is limiting game-time, limiting turnaround time, it is a proactive discussion, but we recognise we need to come up with a solution that involves the RPA and RFU.”

Premiership clubs were given the green light to move from stage one to stage two of the training guidance on Monday.

This allows clubs to hold contact training sessions in small groups, but on Wednesday the governing body announced 10 people had tested positive for coronavirus following the first round of testing.

Of the 804 tests, six players and four non-playing staff were found to have Covid-19.

Childs added: “It is in line with expectations in terms of the first round of testing. We have had to put in one of most rigorous testing machines in elite sport and that is why it has taken some time.”

No concrete update could be provided on London Irish, who are without a home ground due to their tenancy at Reading’s Madejski Stadium being up.

The Exiles, who will travel to Bath on August 15, were set to move into the Brentford Community Stadium for next season, but the ground is yet to be completed.

Premiership Rugby chief financial and operations officer Jan Gooze-Zijl said: “This is a pretty unusual time for Premiership games to be playing so London Irish do have to leave the Madejski Stadium.

“There are actually a couple of options available to them and we hope to be able to confirm in the coming days. We think we have a solution.”