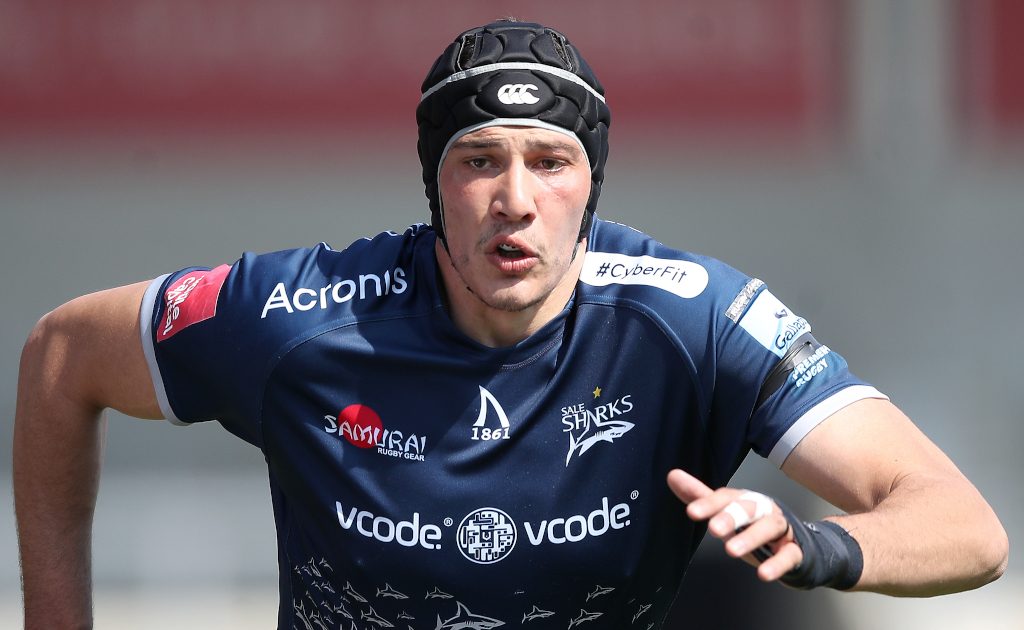 Sale Sharks second-row JP du Preez will miss the club’s Premiership title push after being suspended, it has been confirmed.

The 6ft 10in South African forward was cited for striking an opponent with the elbow during Sale’s Premiership win over Harlequins.

And he received a three-week ban after appearing before an online independent disciplinary panel on Tuesday, the Rugby Football Union said.

Du Preez, who has featured in 10 Premiership games for Sale this season, will miss Saturday’s trip to Exeter and a play-off game – likely to be an Exeter return clash – the following weekend.

The 26-year-old will also be unavailable for the Premiership final at Twickenham on June 26, should Sale progress to English domestic rugby’s showpiece fixture.

If Sale do not reach the final, then he will miss his club’s next meaningful match.

“Du Preez accepted the charge and was given a three-week suspension by the independent disciplinary panel comprising Ian Unsworth QC (chair), with Becky Essex and Rob Vickerman,” the RFU said.

“His free-to-play date will be determined by Sale’s confirmed fixture list.”