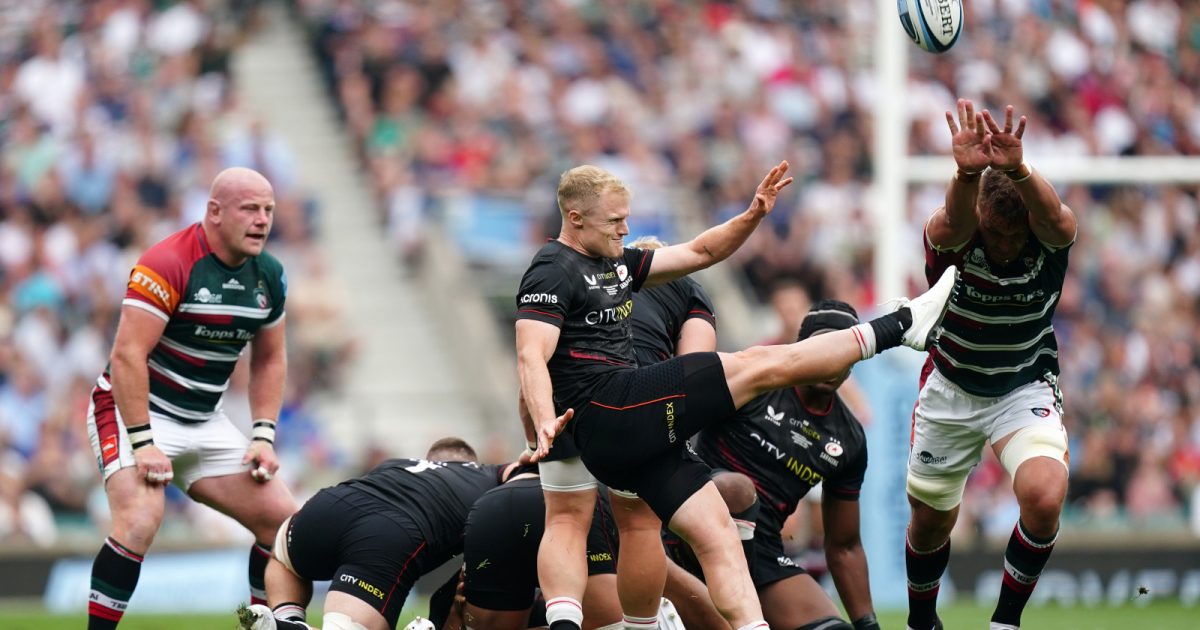 The Rugby Football Union has confirmed that Saracens scrum-half Aled Davies has been cited for a dangerous tackle during his side’s loss to Leicester Tigers during the Premiership final.

Davies was lucky to be shown a yellow card by referee Wayne Barnes after a high tackle on Tigers hooker Julian Montoya in the Twickenham clash.

Lenient decision on the day

The decision has been scrutinised by the public and media, with many feeling the scrum-half should have been shown red. Regardless, Saracens ended up losing the final 15-12 after a late drop goal from Leicester replacement fly-half Freddie Burns.

The Wales international has accepted the charge and awaits the verdict, with the date of the hearing unconfirmed at this point.

“The case of Saracens player Aled Davies will be heard on papers by an independent disciplinary panel. The date for the hearing is to be confirmed,” the Rugby Football Union said.

“Davies was cited for dangerous tackling contrary to World Rugby Law 9.13, or in the alternative Law 9.11, for making direct contact to the head with his shoulder during the Premiership final against Leicester Tigers on Saturday.

“Davies has accepted the charge.”

READ MORE: England: Danny Care is looking to make the most of call-up