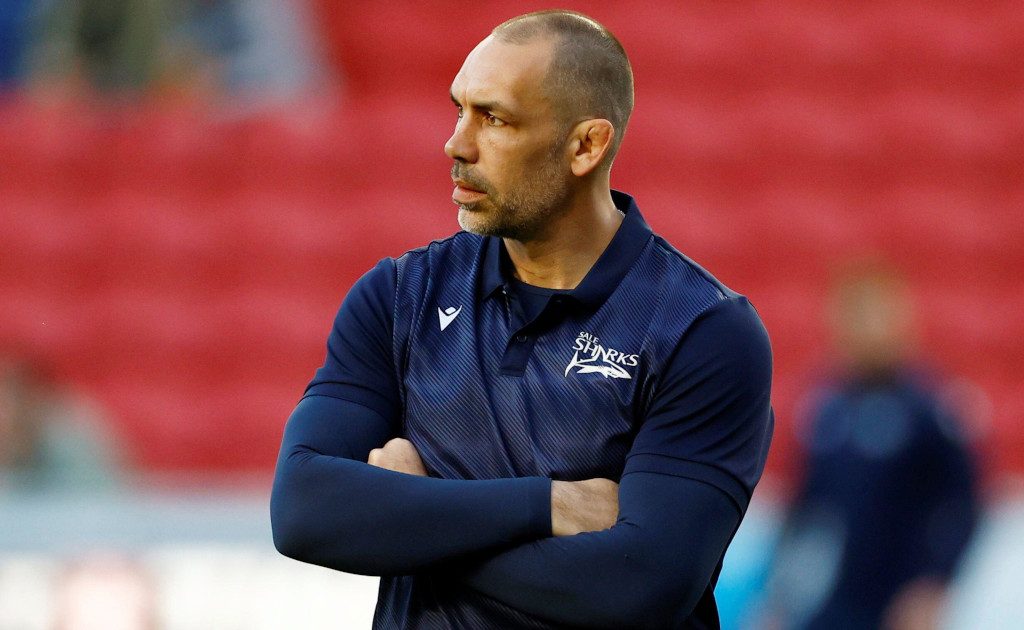 Sale Sharks boss wants his team to aim higher despite securing Champions Cup qualification following their Premiership win over the Wasps this weekend.

A low scoring 16-7 win was enough to secure European qualification, with Wasps needing to take points off the leaders Leicester Tigers in their next clash.

Sanderson believes his side should be aiming at silverware and a top-four position in the Premiership.

“It’s great to secure a European spot but we should be aiming for the top four and contesting for trophies and championships,” Sanderson said.

“We are still in the hunt for a top-four spot, especially with Exeter losing tonight and I know from speaking to the Sarries (Saracens) that they will be up for the Northampton game tomorrow, especially after losing to Toulon last weekend.

“We should have put that game to bed far earlier than we did. We seem to be pressing for tries and then moments later we are back on our line.

“In those last 10 minutes, we showed great character in keeping our line intact and that’s particularly pleasing especially when a number of boys will be leaving the club at the end of the season – so I’d rather have the character than the points.”

Sanderson confirmed that Manu Tuilagi’s half-time substitution was to “handle his condition” ahead of England’s tour of Australia.

“We know Manu so well and know how to handle his condition.

“It wasn’t pre-planned to substitute him as he reported a tight knee so we need to be cautious as we want him to go on the England trip and then be available for the World Cup.”

Wasps boss Lee Blackett was upset to leave the clash with no points and understands how tough it will be to take points from Steve Borthwick’s Tigers.

“It was a frustrating evening as, if you don’t win the gritty against Sale, you don’t come away with the points,” Blackett said.

“It wasn’t the prettiest of games and certainly can’t have been very pleasant to watch.

“We felt we had a good first 20 minutes and went 7-0 up but there was a momentum shift as we dropped balls in the air.

“We also conceded nine points from penalties at the scrum and made too many mistakes.

“There wasn’t a load of opportunities out there, we had a few but we weren’t clinical enough to take them.

“Now we need something from the Leicester game next week but that will be tough as both sides still have something to play for.”