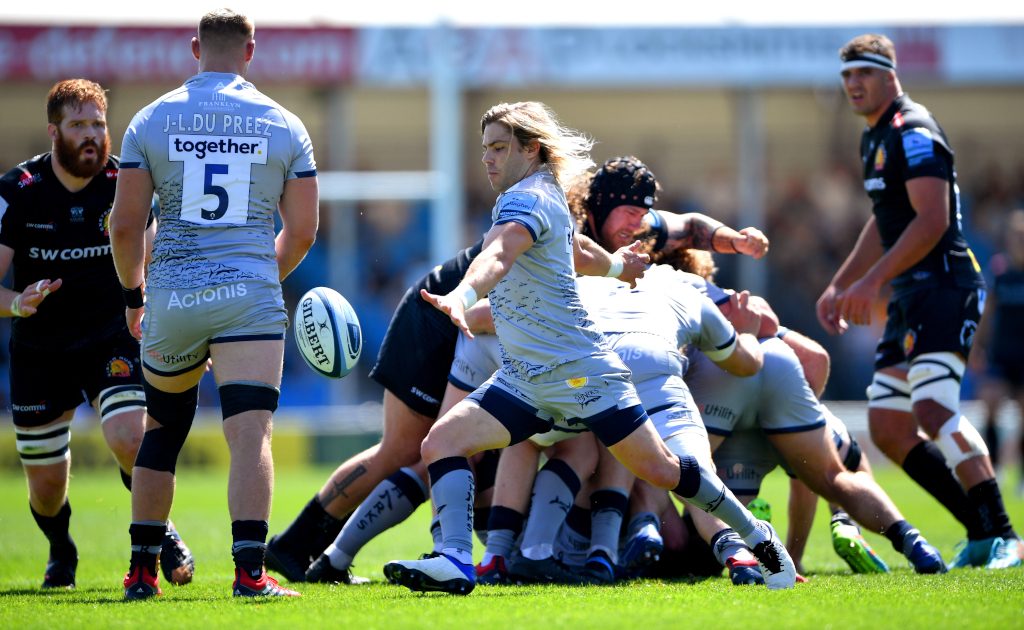 After moving to the Sharks in 2017, De Klerk regained form and earned a recall to the Springbok squad, where he has been integral since.

The 30-year-old has signed for the Yokohama Canon Eagles and will join the Japanese club at the beginning of next season.

Sanderson referred to the South African as “special” and admitted there will always be an aspect of De Klerk in Sale’s DNA.

“Special people leave an indelible mark, on you as a person and as an organisation,” Sanderson said

“As he goes on and moves on, I wish him all the best for him and his soon-to-be wife.

Sanderson believes the South African players have been key in Sale being put on the map with the young “northern talent” pushing through.

“The South Africans that are going have been an integral part of putting Sale on the map, it’s now up to us and these young lads – and this group of northern talent – all of whom were on display today. These lads need to take it on.”

Sale finished sixth on the table, only five points off the top four in a season where Sanderson felt there was progression.

“There’s been a bit of growth. There was a bit more evolution than what was originally planned, rather than the revolution,” he said.

“Looking back, it’s been a successful season. There’s a bit of sadness when you don’t get what you want, but it’s only when you look back do you realise the friendships you’ve got and how you’ve grown.

“You’ve got to be content – rather than being a little bit sour that we didn’t make the play-offs. We’ve got to look at it as a whole.”