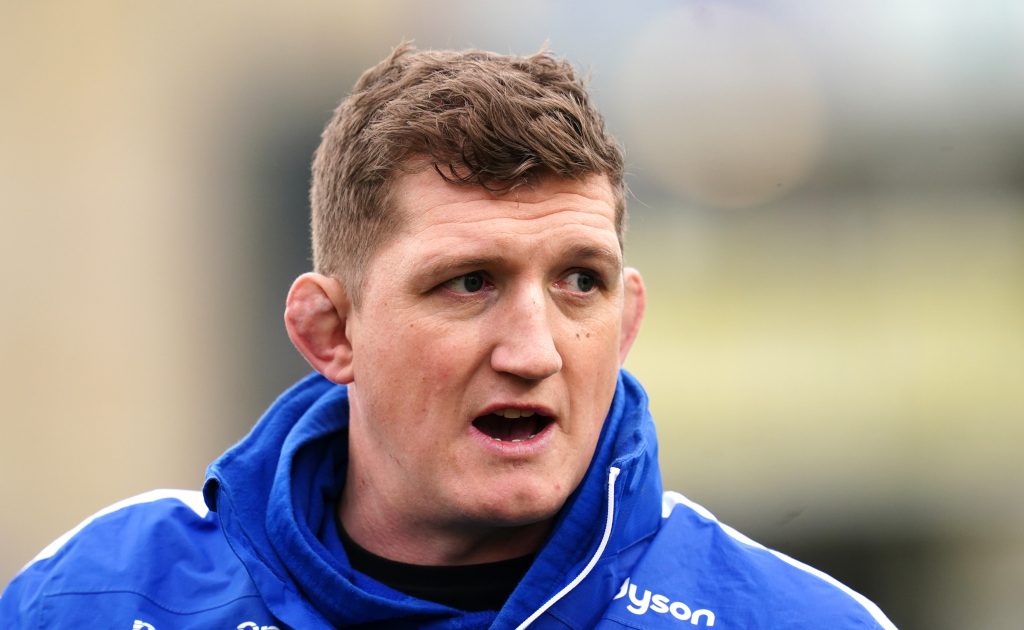 In the midst of waves of confusion, Bath have offered a point of clarity, saying they will not travel to play La Rochelle this weekend unless travel rules are changed.

With Premiership managers apparently calling each other round the clock in the hope of finding out something new ahead of a complicated weekend, Bath director of rugby Stuart Hooper went on the record as saying the team could not play a game under the current restrictions.

Hooper is adamant that Bath will not risk the possibility of players or staff being left behind, mindful of the experience endured by Cardiff, Munster and the Scarlets when they were stuck in South Africa when the Omicron variant first emerged in November.

“For us it’s more about the testing in country. If you have to isolate for 48 hours it’s because you have to test out of it, or stay isolating for 10 days,” Hooper said.

“That’s absolutely not a condition by which we’d travel to France, as you can be stuck there.

“It’s really important you don’t look too far ahead, but at the same time you also have to understand what it would mean for the players who might get stuck in France. We don’t know what that would look like yet.

“If we all travel over together and someone tests positive, are we all close contacts? Are we then all in a hotel with 40 people together for 10 days? That’s a hurdle that definitely needs to be got over very quickly.

“You have seen how that’s been a problem for other teams in other competitions. That’s a big part of the discussions with EPCR.

“We still don’t have absolute clarity on what we have to do. We hope to hear very soon about what’s required. I know EPCR are working hard on it.”

Bath want to fly out on Friday and return on Saturday evening, but this plan is only possible if Ligue Nationale de Rugby, which is negotiating with the French government on behalf of EPCR, is successful in securing modified quarantine rules.

“It is hoped that the matches in rounds three and four will be played in more favourable conditions and EPCR expects an update on the situation shortly,” an EPCR statement read.

Hooper expects travel arrangements for the round three fixture to go down to the wire as the group phase of the two European competitions continue to be shrouded in uncertainty.

Toulouse, Racing 92 and Stade Francais all travel to face British opposition this weekend, but the capacity to quarantine in their own country removes a complication faced by UK teams heading in the opposite direction.

Bristol host Stade on Saturday in what will be their first outing of the competition after losing their round one and two fixtures, but director of rugby Pat Lam is still sceptical over whether it will happen.

“We’re told it’s going ahead and we’ve prepared for it to go ahead, but one thing I know about Covid is that you can’t 100 per cent guarantee anything,” Lam said.

“I said to the boys ‘be prepared’, but until I see them at the ground, that’s when I’ll know the game is going ahead.

“We we were pushing last week to get an answer because to run a game costs a lot of money, you’ve got to order hospitality on Monday. It would be over £200,000 if the game didn’t go ahead.”

Meanwhile, Scotland and Lions prop Rory Sutherland will be available for the upcoming Six Nations Championship despite being suspended for three weeks.

The loosehead was sent off in Worcester Warriors’ 22-19 defeat to Bath for a head-on-head collision with Will Stuart.

Sutherland is set to miss Worcester’s matches against Toulon, Zebre Parma and Northampton Saints, but he will definitely be available for Scotland’s clash with England on February 5